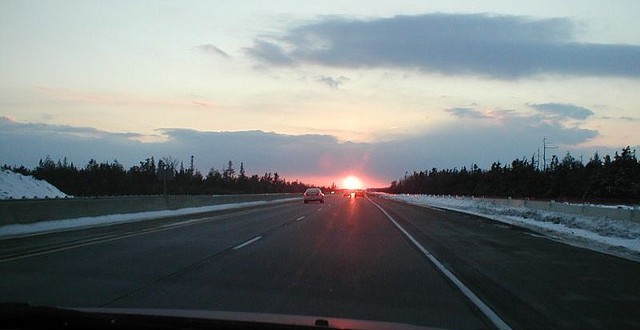 A rite of passage for a 12-year-old

Sorry I’m a little late with this letter but I got home at about 12:40 a.m. in the  morning after a 16-hour drive at the end of a long weekend with my daughter and her family.

The main purpose of the trip was to see my grandson perform for the last time in a children’s play at his church. Next year he’ll be 13 and will be too “old” for that sort of thing. This play was a right of passage for him, and I had to be there to see it.

My grandson knew the significance of this moment in his life. According to my daughter, he had spent the past week or more lamenting the fact that this was his last chance to participate in this activity. He knew change was afoot, and that there was nothing he could do to avoid or delay it. He was learning a lesson about growing up, getting “old,” and moving on.

I had to give up a lot – volunteering at a coffeehouse at which Andrew Peterson was performing, and attending the 50th wedding anniversary party for dear friends. I also could have attended an all-day conference on the Alpha program.

I had to put up with a lot – driving through intermittent snow showers (yes, snow!!!) on the way to my daughter’s home, sleeping on a hotel mattress that had seen better days, dealing with a finicky stomach that’s still recovering from the after-effects of food poisoning that began Easter morning, and then driving home in one day. I drove 1,510 miles in five days.

I had little time to unwind. It was pouring rain on Saturday and I didn’t have a chance to get outside for a walk until Sunday. Even worse, I didn’t have as much time as I would have liked with my three grandchildren, thanks to morning-long rehearsals on Saturday, not only for the play but my two granddaughters’ dance recital in May.

But I couldn’t miss this once-in-a-lifetime opportunity to see my grandson in a leading role for which he was obviously well suited. He’s quite a good actor, if I do say so myself. At home he’s always the laid-back type, but on stage he throws everything he’s got into whatever role he has played over the years.

I made a video recording of part of the production from the church pew where I sat with my daughter. I admit it was shot with a hand-held camera so the video may be shaky when I get around to playing it back, but that doesn’t matter. I recorded a good chunk of the show, including zooming in on my younger granddaughter, who was in the kids’ choir. She’s a pretty good singer, if I do say so myself.

The week before my trip, I heard our pastor say that we are Christian not because of what we say or where we stand, but because of how well we love. And I think that was God’s goal during this trip – to give me the opportunity, however brief, to love my daughter, son-in-law and grandchildren.

And I know the love was there among us, whether we were eating out, rushing around, or sitting in that church or in her home where I got the hang of a new game, Qwirkle. It’s an enjoyable, challenging way to spend an hour, if I do say so myself. But the real enjoyment came not from the game but from the chance to just “be” with my daughter and her family. For a few days it was our family, not just hers.

This may be the last chance I’ll have for a long time to see them. The next opportunity may not come until autumn, when the kids get a week off from school.  Not just because they live 700 miles away, but because the family has a withering summertime schedule that may leave them with little or no time at home. For example, my grandson now is anxiously awaiting the opportunity to go on his first foreign mission trip, to Mexico, and my daughter will accompany him. It was his idea, not hers.

For psychological, emotional and practical reasons I cannot spend time being sad that we didn’t have more time together. I took the opportunity God created, hopefully made the most of it, and will now wait to see what new opportunity God creates for us to be together. Rather than complain about what I don’t have I will spend that time thanking God for what he gave me.