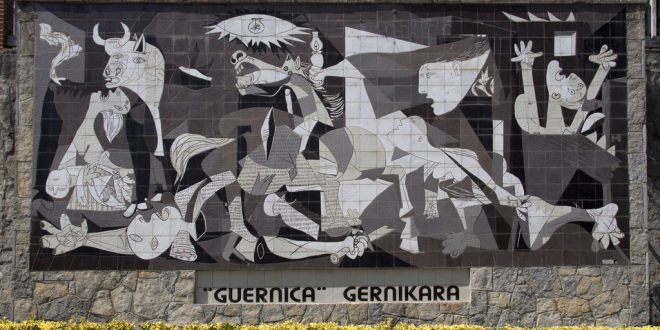 A response to Mark Azzara’s “How Do We Know Who We Are?”

In your latest essay, you refer to a Maclean’s article about the fiction writer Gabrielle Roy. Its author, Margaret Atwood, responds to Roy’s question “Could we ever know each other in the slightest without the arts?” as follows: “No, we could not.” You call Atwood’s assertion “smug,” yet I sense a smugness in your rebuttal as well.

You write: “If Roy and Atwood are correct then those who live in societies that have little in the way of drama, literature, and song lyrics are condemned to remain ignorant.” First of all, most cultures have some form of storytelling. Neither Atwood nor Roy seems to have said that a lost tribe on a remote island must have modern art galleries or avant-garde theater in order to achieve enlightenment.

It seems likelier that Roy and Atwood would contend quite the opposite: that art is so essential to the human experience that virtually no society is entirely without it, even if another culture’s art may not fit our definition. You go on to argue that “despite the arts, we in the developed world still don’t know one another,” and then attempt to support your assertion: “That’s why psychotherapy is booming and nations are at war.” You also describe our society as “intellectually and emotionally segregated on the basis of politics, culture, religion, age, economic status, race, gender and more.”

First of all, as a licensed counselor, I’d say the popularity of therapy doesn’t so much reflect our relational, intellectual, or emotional lostness as it does our increasing desire, as a society, to confront and come to terms with our psychic scars. Maybe, as you suggest, societal disconnection is why therapy is popular. Or — and this seems more probable to me — maybe interpersonal intimacy and self-understanding have always been hard to achieve, and harmful socialization (e.g., toxic masculinity) has always compounded this difficulty. Now, however, we’re finally trying to do something about it.

Think of the rigid gender roles of the 1950s, and the accompanying belief that putting men and women in, say, the same dormitory on campus would produce a downward spiral of debauchery. When we finally did it, starting in the late 1960s, guess what resulted? By and large, greater interpersonal (and intergender) understanding.

As for war, the arts can’t be expected to remove entirely what may, in humans, be an inborn tendency toward violence and fear of what we don’t understand. Nonetheless, a trenchant book or film can help us find some meaning in otherwise chaotic human conflict, even if it’s just “War is hell.” Art can also compel us to antiwar action. Think of how “Catch-22” shed light on the absurdity of military bureaucracy, or what “The Things They Carried” and Picasso’s “Guernica” taught us about war’s strange pastiche of bloodshed and confusion.

The limited understanding you claim art provides — knowing about others isn’t the same as knowing others, you write — isn’t quite the Achilles’ heel you portray it as. You state that “no one has ever come to love another human being via a book or a play,” and that “the arts aren’t a substitute for relationships.” Yet art can powerfully prepare us for relationships with actual humans, especially when those humans are different from us in some substantive way. The arts aren’t a substitute for relationships — I certainly agree with you there — but they can catalyze and/or enrich relationships. That’s nothing to sneeze at.

For example, if you attend the Spokane Jewish Cultural Film Festival (full disclosure: I’m one of the event’s organizers), you may come away with insights that make it easier to form relationships with members of the local Jewish community. Sure, watching the Israeli family dramedy “The Kind Words” isn’t the same as sitting down for Shabbat dinner with a Jewish family. But attending the festival — a celebration of cinema, and of Jewish culture — will put you shoulder to shoulder with real, live Jews. It will also give you something to talk about with them, and an opportunity to learn with and from them.

Thanks to our society’s destructive socialization of boys and men, I’m not as emotionally intelligent or expressive as I could be. I’m working on it, and movies in particular help me. They tap into my emotionality, help me connect with and communicate feelings I may not have realized I was storing up, and not infrequently give me a chance to talk to the person I’m watching with (often my wife) about what I’m feeling, why I might be feeling it, and what it all means — how it relates to who I am and what I’ve been through.

That’s deep stuff, man. For many years, film in particular has given me a way to experience that sense of shared humanity you write about: “the reality of suffering and the reality of who those other people are.” That kind of experience, in turn, cultivates empathy. Inasmuch as cinema reflects the complexity, fallibility, and inherent worth of human beings, it can even take on a spiritual aspect. For me, connecting emotionally with a masterful film certainly has a mystical, soulful element to it. (A recent example: the artsy sci-fi movie “Arrival.”)

I didn’t set out to bust your chops. But I felt as though your take on the Roy-Atwood view of art as it relates to human relationships didn’t tell the whole story. And whether we’re meeting flesh-and-blood people or immersing ourselves in fictional narratives, telling and hearing the whole story — or at least as much of it as we know — is definitely the goal.

Previous Remember: Our heroes died for all of us
Next How to Engage People With Newsletters