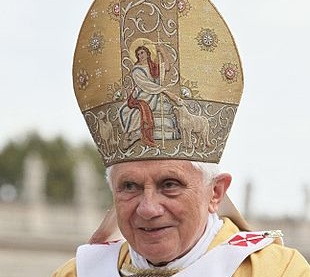 A Protestant pastor’s perspective on picking the next pope

I am not a Catholic. Truth be told, I know very little about the process for picking the next pope. As a Protestant pastor I probably know more than most about Catholicism, but when it comes to all things papal I confess ignorance, (confession is good for Protestants too).

That being said, I’ve been watching with interest the news reports about Pope Benedict’s decision to resign. Few Protestants understand the magnitude of this man’s influence or of his decision to abdicate.

According to a report on global Christianity, more than 50 percent of the world’s professed Christians are Catholic, with well over 1.1 billion adherents worldwide. In case you’re wondering, that makes the pope one of the most powerful men in the world. Catholic or not, this makes the decision regarding Benedict’s successor huge for all of us.

So my perspective on this is simple: We should all pray for this incredibly important selection process.

For the record, my heart is for the Church of Jesus, his bride in all her biblically-based forms and variety. If they call Jesus “Lord” and live to serve him and his kingdom, they are my brothers and sisters regardless of our doctrinal differences. That is not some watered-down ecumenical babbling — that is the Gospel truth.

Kurt W. Bubna published his first book, “Epic Grace: Chronicles of a Recovering Idiot,” with Tyndale in 2013. He has recently published “Mr. & Mrs.: How to Thrive in Perfectly Imperfect Marriage” and two other books. Bubna is an active blogger, itinerate speaker, regular radio and television personality, and the Senior Pastor of Eastpoint Church, a large non-denominational congregation in Spokane Valley, Wash. He and his wife, Laura, have been married for nearly 40 years and have four grown children and six grandchildren.

Previous The importance of feminine wisdom
Next Coffee Talk: Violence and the Sacred