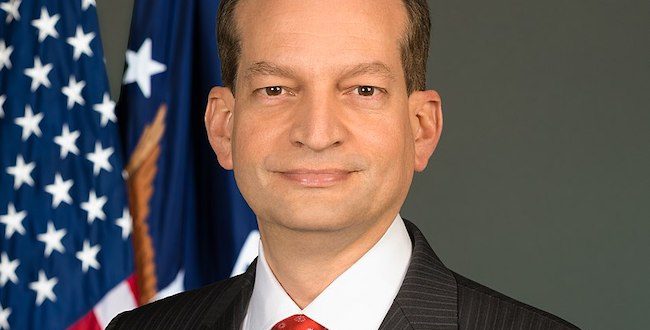 A Problem with Partisan Politics

Confidence and credibility can disintegrate in the eyes of the American public when partisan politics, or activity that looks like it, are viewed.  Take the recent calls for Labor Secretary Acosta to resign as an example.

Members of Congress probably have more resources at their disposable than the general public, to determine if Acosta’s behavior in the Jeffrey Epstein sex crimes case, more than a decade ago, made him unfit to continue in his role in Trump’s cabinet.  But what did the public hear?

On the other hand, in the NY Times piece mentioned earlier, we were told, “Republican senators, who all voted to confirm Mr. Acosta, were cagey in their defense. “To the degree there’s new information, I think people are willing to take a look at that,” said Senator John Thune of South Dakota, the No. 2 Republican in the Senate. “But I think most people believe that he went through a very thorough vetting process when he got his current job.”

And the Washington Post article tells us that Sen. Susan Collins of Maine “said she did not understand why Epstein’s Florida victims were not notified of the plea agreement a decade ago, as required by federal law. But she stopped short of calling on the secretary to step aside.”

Do I have the opinion of every Republican in Congress listed?  Certainly not, but I also don’t have 100% of the Democrats either.  And this problematic issue exists on both sides of the aisle.  If you’re a Republican, you know there have been times where our party is the one speaking up against the opposition while they remain nearly silent.  And that means the confidence and credibility issue spelled out below is non-partisan.

When a jury returns a unanimous verdict or a branch of Congress is undivided when voting on an issue, the public is likely to feel more confident that their decision was the right one.  Could there be mistakes?  Certainly, but undisputed agreement increases confidence.

And in the political realm, if a leading member of one party stands up to call out a member of their own party, we immediately find their charge more credible than when one party is ‘attacking’ a representative of the other.  There are too many political reasons for going after the other party but you have little to gain when you speak out against a member of your own group, except credibility.

That’s what I’m thinking about on this Memorial Day, as we honor the soldiers who have died serving our country. This year, our health care workers have also filled that role.