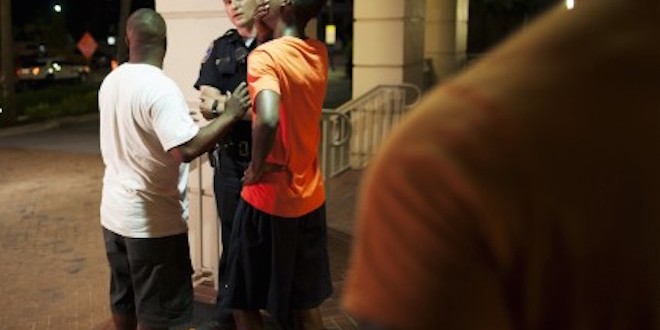 Driving through streets named after Confederate generals,
a failed man, a boy really, comes to Emmanuel, which as

Christians know means God with us. Invited into the circle
to pray for the sins of the world and his own sin, the boy

pulls out his metal lust for violence and desecrates the space
with innocent blood. The Blood of Jesus spills out once

The Psalms speak of wickedness in the heart of those men
of violence that oppresses the poor. Galatians speaks
of being one in Christ, meaning no Black or White,
only Christ and his Kingdom.

So my brothers and sisters lay dying on the cross of racism,
on our national sin of enslaving Africans long ago
for the glory of greed and marketability of cotton. Repent,

Jesus calls, of our sin of guns and violence. Repent,
of our living from the sweat of others’ brows. Stonewall
Jackson died in defining that which the Lord finds
abomination. His ghost lived in the smoke of the boy’s
pistol circling the lost circle of prayer. Jesus hears their cries
of suffering and asks for forgiveness
for the ignorance of the lost.

Lost in the apologies for the boy’s action is the festering
wound which America continues to ignore. Christians
must continue to invite into the circle of prayer, for no
matter the amount of bullets, the Gospel and Cross
will triumph over wickedness of men of violence.

God offers his bloody hand in fellowship, and only in letting go
the grip of the gun can we take God’s gracious invitation.
In the name of the Father, Son and Holy Spirit