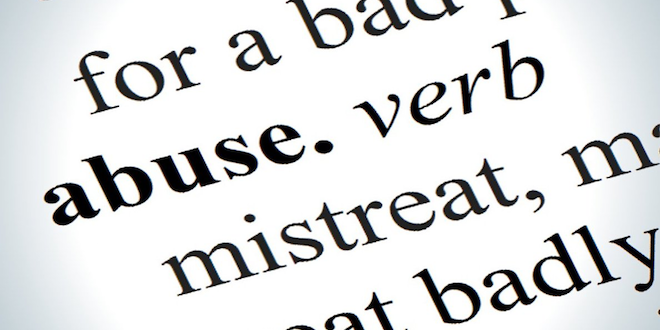 A perfect storm for sexual abuse: Christian privilege, purity culture, and the doctrine of repentance

This week I listened to a brave local woman, Natalie Greenfield, publicly tell about the betrayal she felt as she sat alone in a room in the courthouse, as a teenager, reading a stack of letters written to the court by leaders and members of her church community asking for leniency and defending the character of the man who sexually abused her for years in her own house. Her abuser, who had been studying at the local seminary, despite pleading guilty, despite having ironclad evidence against him, and despite the willingness of the victim and her family to press charges, only served four months in prison. He never had to be registered as a sex offender, and is now living free in my small town.

Buried in the news this week is the story of the longest-serving Speaker of the House, Dennis Hastert, being sentenced to only 15 months in prison for crimes related to serial child rape. The court prosecuting Hastert also received letters of support from fellow congressman, including former Rep. Tom Delay, asking for leniency, declaring Dennis Hastert to have the highest character.

At the root of both these stories is the extreme religious privilege that comes to those in our culture who show the least bit of Christian piety. Tom Delay wrote “We all have our flaws, but Dennis Hastert has very few. He is a good man that loves the Lord. He gets his integrity and values from him. He doesn’t deserve what he is going through. I ask that you consider the man that is before you and give him leniency where you can”.

The evidence for this high moral character? Hastert started a lunch-time Bible study for his colleagues.

For too long, predators have used the cloak of religion to hide and perpetuate their crimes. The long-standing and systemic protection and enabling of sexual abusers in the Catholic Church is well known, but the sexual abuse problem is likely just as bad in other religious institutions.

Predators are enabled by the inherent patriarchy that disbelieves female victims, on the purity culture that treats abuse as a sexual sin rather than a violent crime, and the zealous willingness to believe the abuser’s claims of repentance (to forgive is divine, after all). The pull for individuals and institutions to protect the name of their fellow Christians and especially their churches as a whole is a betrayal to the victims of sexual assault. The good work you believe your church is doing is less than nothing, if the community fails its most vulnerable members.

Let me end with this thought: if you are the member of a religious community, and know of no sexual abuse that has been perpetrated  within that community, that is likely not a sign of righteousness, but a sign of deceit and betrayal. If you are a leader, and no victims have come forward to you, you need to examine any area of the culture of your community that might keep them silent. Sexual abuse and predators know no boundaries, and if none have been expelled from your community, they are most likely still inside of it.

I appreciate what you wrote, Steven, about hiding behind a cloak of religion to excuse or get away with criminal behavior. Perhaps this goes hand in hand with our tendency to collapse our identities with labels and ideologies (Christian, Catholic, etc.) to avoid accepting the fact that first and foremost we are human beings.