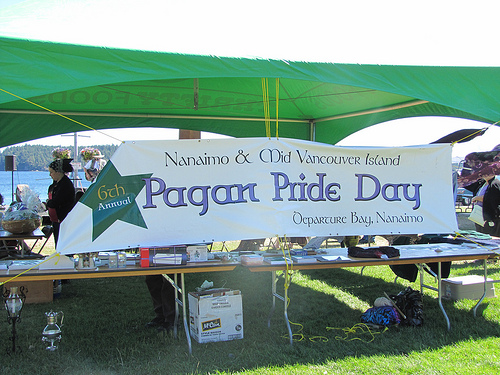 A new year, a Pagan perspective

The beginning of the new year is a good time to sit down and review the past year that we are leaving behind, in order to gain the perspective we need to make the next year the best it can be. This past year for American paganism has been an active one, as we struggle in many ways for a larger sense of community while also trying to retain the unique qualities of each different tradition and group. Several groups struggled to be viewed as legitimate within their secular communities by seeking approval through the local zoning board or by struggling to be acknowledged with tax exempt status in a town that doesn’t view the group as a real religion. Unfortunately this is an ongoing problem for many groups, but there is hope as the general public gains a better understanding of paganism, in general, as a valid spiritual path. More groups also seem willing and able to fight for their own rights which helps all of us in the long run.

Unfortunately the year was also marked by controversy in some areas as scandals arose that were connected to people who were, or claimed to be, pagan and who were using their religion as a cover for their own ends. As Paganism grows and expands these types of situations will inevitably continue to appear and we can only focus on educating people about the truth of the different traditions we follow, so that the public will understand that these are aberrations and not typical for our community. One way we continue to do this is through the public promotion of Pagan Pride Day, which offers a chance for public outreach.

We also have seen some wonderful examples this year of the Pagan community coming together to support each other and the wider community to help recover from tragedies. Whether it was groups contributing and spreading the word about donations needed for Hurricane Sandy recovery or the outpouring of support and prayer for the victims of the tragic shooting at the Sandy Hook elementary school, we showed that we do care about those around us and that we are willing to do what we can to help others when help is needed.

This last year has offered many challenges and moments of reflection for us, as a whole. As we move into 2013 we would all do well to think about what the past year brought us, and the ways we can make this next year better. We, as individual, control the destiny of our collective community.

Morgan Daimler has been pagan since 1991 with a focus on Irish and Norse culture. She writes for Hartford Faith & Values.

Previous BRIEF: Author to discuss marriage and sacred relationship
Next POLL: Are you pro-choice?