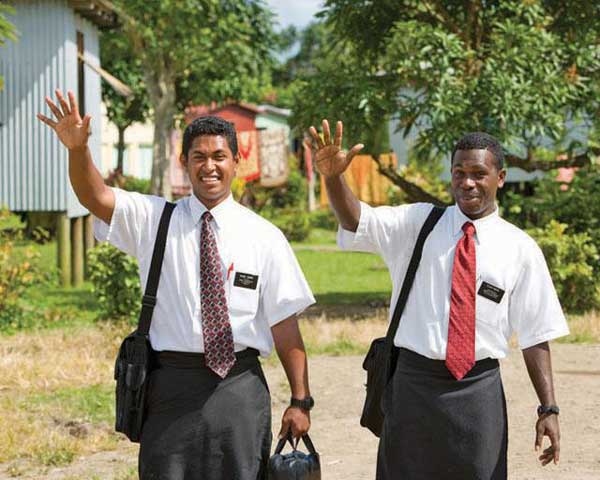 A mighty change of heart

Todd Brazington is a quietly confident 22-year-old. He served a mission in Costa Rica from 2009 to 2011 and looks back on those years often.

“Its hard not to look back on it. Almost every day I think about it. It makes me miss my mission a lot,” he said.

“My life would be completely different if I wasn’t called to be a missionary for The Church of Jesus Christ of Latter-day Saints,” she said.

These two returned missionaries have been so effected by the years away from their families and their country, they would both go back and do it again.

What is it about LDS missions that have such a lasting effect on young adults?

First, perhaps we should look at what these individuals looked like before their missions.

When I asked Brazington’s father, Robert, about Brazington’s personality before his mission, all he could say was, “very, very shy.”

“Something as simple as going out to lunch and ordering food; that would have been something he would not have wanted to do,” said Robert.

Brazington had contemplated not serving a mission, because of the discomfort he imagined.

“Well it’s something I knew I should do, and I thought about it. I thought it would be worse not to serve a mission,” he said.

So Brazington took the leap and turned in his mission work. He was called to serve in the Costa Rica, San Jose mission. He reported to the MTC on November 18, 2009.

As Brazington wrote home and sent pictures of all the things he was doing in the MTC, Robert saw a change come over his son that warmed his heart.

One of the hardest things for Brazington was being in Costa Rica.

“It was really weird. I felt lost. I had no idea what was going on. What we were doing. Why were doing it.”

The second hardest thing for Brazington was leaving Costa Rica. He recalls being on the airplane home and wondering “What do I do now?”

Brazington’s change was apparent when he got home. Robert said, “He was confident, he was smiling, he was happy, and … in the weeks immediately after, I noticed Todd was more helpful around the home, he [didn’t] have to be told to do something, he was able to do things on his own without being asked like doing dishes, taking out the garbages.”

LeBaron had a similar experience. She described herself as a quiet girl in high school, not likely to speak up in a group. After her 18 months in Brazil, she made a complete turn around. Today, she loves to talk to everyone and get to know people. She is less judgmental and has a hard time thinking of herself.

So again, I beg the question: What are these missions doing to the young people who serve them?

LeBaron had some insight into this topic.

She described the life of a missionary as one of talking to people nonstop, and thinking about other people and how to serve them even more. “As a missionary, that’s what you do,” she said.

Additionally, they live with the same person for a minimum of six weeks and are with them for a literal 24-hours-a-day, seven-days-a-week. LeBaron said this taught her a few lesson in patience, and “what it means to love people.”

Missionaries lead a life devoted to service. When someone spends all their time trying to help other people, it is hard not to be changed.

Not only do these missionaries learn to think of others, they spend time being self sufficient

Missionaries also are living in another place of the world. They could be 500 miles away or 5,000 miles away. This promotes learning of another culture, which often results in viewing the world differently.

Perhaps, though, the best way to sum up why missionaries serve and why they are so effected can be said by Joseph Smith, the man who restored the Church and Jesus Christ of Latter Day Saint, and its first prophet.

“After all that has been said, our greatest and most important duty is to preach the Gospel.”

Romney is blogger and a journalism student at Eastern Washington University and is preparing to go on a mission.