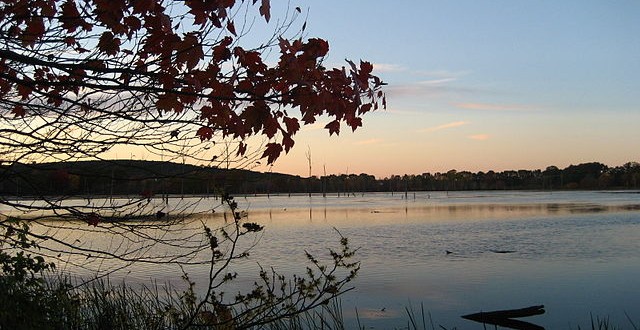 A Lost Soul at Lost Lake

It was a wind out of the Canadian Rockies: cold, wet, relentless. I needed to eat more meat and fat if I was going to walk prayerfully around the Bear Paw Battlefield, where the forces of an acquisitive empire finally, centuries of holocaust and a three day siege, was able to stop and defeat the warriors and nation of the Nez Pierce. The indigenous, fighting to keep their land and their culture, were hungrier and much colder. Their children were dying. The soldiers were killing — little mercy — and scalping the savages, who gave water and shelter, what there was, to the occasional wounded soldier left lying before they could safely return him to the ever shrinking siege lines. Finally, the war was over. Then the real war began: keep the savage, half human people in their place, which we would demark for them. Our right of superiority, white privilege, right?

What was I doing there, but shivering and crying. My wife had been native, a grand-daughter of the proud freedom fighters of the plains, the Comanche. She loved horses and talked to them. Her knife was sharp. I realized I was on a pilgrimage, although we modern sophisticates do not use such language when talking to others. Perhaps to ourselves. Whatever the language, it was a pilgrimage.

Back to my camp where I had some buffalo meat, strong, warming, energizing, then on down the trail to the national park to honor Theodore Roosevelt for preserving a semblance of our commonwealth. I chose to ignore thoughts of his Caucasian exceptionalism and the natural  superiority of the wealthy. Like Zora Neal in her first novel, “Moses, a Man of the Mountain,” we are not bound by a literal rendering of our traditional sources. To make the exodus story relevant to an active and growing black church, she found meaning by adapting it with changes to our contemporary Negro experience, including a black understanding of God. Hiking goodly trails, hurting with sore joints and raw worn nerves, I found that the pain was a joy. I was alive and sharing life with life whose only object was to live more.  Here were bad-lands and lush creek bottoms. Beautiful, fecund, but unpredictable. We would never tame them, so we would have to live with them on their terms, as Teddy learned when a brutal winter wiped out his beef herd. The comeupitance to white exceptionalism. Yet the wild life survived and remains. It rains on us all and those who live with God are watered while the fools drown.

Heading back west, toward my setting sun, deep blue, mujakiwis, the wise bear who is able to travel through the boundaries often set up by others to keep everything in its place. I would spend some time at Manito Hot Springs in the north part of Yellowstone Park. It was near there on my family’s first trip where I first experienced the ecological balance of nature, and how we could really mess it up. 1948, dad took us to the petrified tree, over near Tower Junction. I was 9. This time, 70 years later I visited again, hiking up the Lost Lake trail to a beautiful little lake fringed with waterlilies. I roused a Great Blue Herron and a small critter, ferret or ermine ? Old maps talked of the world’s largest group of standing petrified tree trunks, up on top of one of the hills above the lake. I turned off the path, following the leavings of buffalo and elk to the tops of two hills.  Through a grove ofJuniper pine and drifts of snow, I sat and entered into a bolder at the top. No petrified trees, but I found many other things, each a small wonder. Life seeking life.  So, I sauntered through the grease wood and lodge pole over to the petrified tree dad had shown us. There I had seen a rock tree trunk, eight or so feet high. I had wanted to take a beautiful, veritigated quartz chip, but dad, in no uncertain terms would not allow it. “What if everyone did that?” I rapidly realized the wonder would soon be lost, gone to a few hundred dusty and ignored shelves, scattered. Lost forever. My actions, our actions, affected others. Awareness and consideration. A sense that I was no better or worse than others. Equality, or else, no good.

This time an iron bar fence reinforced dad’s message. If only it weren’t needed. However, I brought another message on my pilgrimage. Seeing God where ever I turned, I heard “God is a rock. Here, tall, phallic, seen by our culture like an orthodox  statement, with some truth, Preserve. Instead of valuing the meaning of preserving it, we of little faith would all too thoughtlessly chip away at its base, changing it until there was little left to preserve. The hard, changeless becoming something with greatly reduced meaning. “Love” has become “be nice to others and smile.” Couldn’t we leave it alone to face the hard, to experience rains and wind, hot summers and freezing winters? Couldn’t we be content to let the word  give up its meaning whatever it was so we could see reality and participate in life’s balance with it as old and new meaning? But we get scared to do that so we fence us out, keeping it away from us.  So it goes. I joined in a discussion with a half dozen or so others. It pleased me to hear that they were thinking similar thoughts. One had been jailed fighting the pipeline. Another worked for the extraction industry, which none of us liked. But she had to provide for her family. She said, “I couldn’t find anything about jobs in renewables, and I would need some support to retrain.”  We all agreed that for the good of the commonwealth, that was what we should demand. The only mention of the coming election was when someone said we needed to pay attention to the candidates and what they talked about, and vote wisely. No argument, no need for fences. I think we all knew.

Previous Upcoming presentation at retreat center to focus on Holy Matrimony
Next What reporting on the Haiti earthquake taught me about faith, resiliency