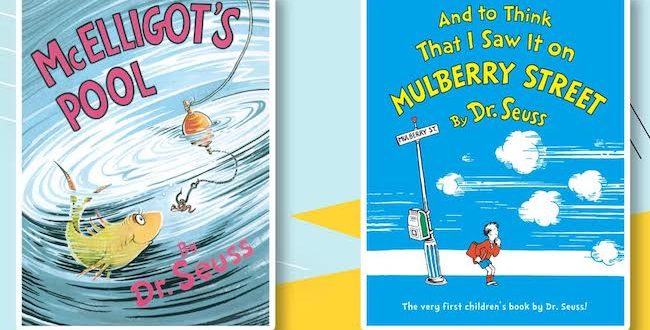 Do not hurt people’s feelings. Do not demean, do not insult, and do not dehumanize.

If you do, apologize, and then change your behavior.

My mother taught me that. I suspect many of you learned the same lesson, too, if not from your mother, then from someone else who helped teach important life lessons.

In our uncivil age, a whole lot of folks seem to have forgotten that lesson, or maybe never learned it in the first place. They confuse hurtful, unfeeling behavior with some form of self-expression or personal freedom.

That is the only explanation for the outrage expressed over the decision of Dr. Seuss Enterprises last week to discontinue publication of six Dr. Seuss books the publisher believes contain racist imagery.

The decision prompted the predictable charge of “cancel culture,” a one-size-fits-all response to decisions by private businesses and organizations to purge offerings that have the power to demean, insult, and dehumanize marginalized people.

As was the case of “fake news,” a term once used to describe demonstrably false information supporting Donald Trump subsequently weaponized by him to attack his enemies, the term “cancel culture” has been weaponized by the right to attack decisions that support inclusion and diversity.

The same outrage has been expressed repeatedly in recent years. Remember the fuss from the right when Aunt Jemima products changed the product name and packaging two years ago. Uncle Ben’s Rice did the same thing and weathered the same cancel culture charge. Never mind the old, overtly racist imagery that study after study shows has a negative, hurtful impact on African Americans, particularly children.

As a classic movie buff, I love “Gone With the Wind.” It may be the finest example of storytelling on film. But last summer, when HBO Max brought the movie back for streaming, the service included a disclaimer and two short films putting the movie in context. As film historian Jacqueline Stewart noted, “Gone With The Wind” presents “the Antebellum South as a world of grace and beauty without acknowledging the brutalities of the system of chattel slavery upon which this world is based.”

HBO’s disclaimer was met with outrage by people who apparently think it is OK to ignore the film’s complicated cultural legacy and patently false depictions of the pre-Civil War South. Cancel culture, they cried.

In February, Disney+ began streaming all five seasons of the classic Muppet Show, seasons four and five available for home viewing for the first time. But Disney added a content warning to 18 episodes containing sketches that include offensive racial stereotypes such as the depiction of Asians in stereotypical ways that include use of pidgin English, big glasses, and buck teeth.

“These stereotypes were wrong then and are wrong now,” the disclaimer reads. “Rather than remove this content, we want to acknowledge its harmful impact, learn from it and spark conversation to create a more inclusive future together. Disney is committed to creating stories with inspirational and aspirational themes that reflect the rich diversity of the human experience around the globe.”

No one would argue the shows and films are not great examples of storytelling on film. But if they were made today, they would not include the racist imagery or language. Our society has changed, and mostly for the better. We are “woke,” another term that has been weaponized to attack those working to develop a more inclusive, respectful popular culture.

Times change. Attitudes change. Cultural norms change. White entertainers performing in black face was common through the early 1940s. But I have not heard the term cancel culture used to describe the universally accepted understanding that black-face performance is unacceptable. Disney’s 1940s classic, “Song of the South,” was pulled years ago and can only be purchased on the secondary market. The studio properly determined the film perpetuated some of the worst racial stereotypes.

Surviving family members of Theodor Seuss Geisel, whose pen name was Dr. Seuss, say he came to regret some of the imagery in a handful of books, all lesser-known titles and not his best-sellers. In one case, he actually went back and changed some images in a later edition to make them less offensive to Asians.

Dr. Seuss has not been cancelled. About three dozen original titles remain in circulation. His books will continue to entertain children for decades to come, but without perpetuating stereotypes that are hurtful and divisive.

As my mother would say, you do not deliberately hurt another person’s feelings, insult or demean them. If you do, apologize and then change your behavior.

That is not cancel culture. It is good manners. Mother said so.

Previous Hope is an Action Verb
Next Inequities in How We View Homelessness, Part 4