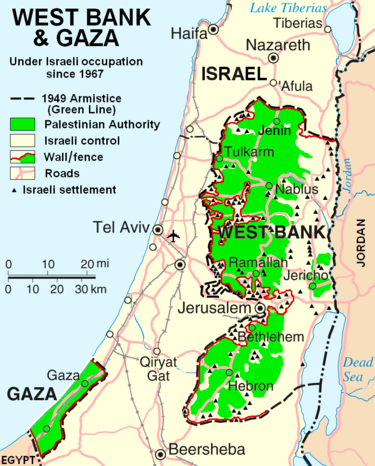 A (Jewish) Biblical Case for Divestment 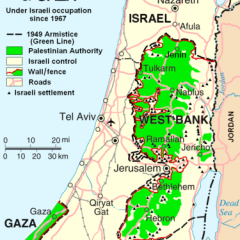 The Presbyterian Church (PCUSA) votes today on whether it will divest finances from Caterpillar, Hewlett-Packard, and Motorola Solutions. This decision will be even more controversial than the Church’s vote yesterday to allow ministers to officiate same-sex weddings. This divestment vote addresses the ongoing violence in Israel/Palestine.

A study by a PCUSA committee concluded that these companies are “entrenched in their involvement in non-peaceful pursuits,” and that they “regrettably show no signs” of changed behavior. “If anything . . . these companies have deepened their involvement with non-peaceful pursuits that make the . . . goal of a just peace even more remote.” These companies are not new to controversy. The Quakers divested from Caterpillar in 2012. Even professional investing firms abandoned Caterpillar: TIAA-CREF eliminated the company in 2012 (divesting $72 million) from its Social Choice Funds Portfolio, and in the same year Morgan Stanley removed Caterpillar from its Capital International World Socially Responsible Index.

Increased attention has shifted to these companies, and their role in the Israeli-Palestinian conflict, because of the looming Presbyterian vote at its General Assembly in Detroit. Archbishop Desmond Tutu recently waded into the debate by issuing an open letter, calling on Presbyterians to label Israel an “apartheid state” and to divest from these companies. He described the parallels between Israel/Palestine and his own apartheid South Africa as “painfully stark indeed.”

Although I am not qualified to dissect the intricacies of the Israeli-Palestinian conflict, I would like to reflect on a biblical text that may offer insight on this current debacle.

In Exodus 1-15, God is presented as taking a clear side in a social-political conflict. God consistently sides with the Hebrew slaves, and against their Egyptian slaveholders. God is neither a neutral referee nor a detached observer. As Adonai tells Moses:

I have observed the misery of my people who are in Egypt; I have heard their cry on account of their taskmasters. Indeed, I know their sufferings, and I have come down to deliver them from the Egyptians, and to bring them up out of that land to a good and broad land, a land flowing with milk and honey ...

The cry of the Israelites has now come to me; I have also seen how the Egyptians oppress them. So come, I will send you to Pharaoh to bring my people, the Israelites, out of Egypt (Exodus 3:7-8a, 9-10, NRSV).

God’s empathy and sympathy is directed towards the Hebrews, not the Egyptians. God intervenes in this political conflict to help the slaves, and enlists Moses to be an instrument of God’s compassionate justice.

God’s identification with the Hebrews is especially evident in the language God uses to describe them: ami, “my people.” This term conveys God’s special commitment and solidarity with the Hebrews. The phrase is used at least 14 times in Exodus 1-15, and every single time it describes the Hebrew slaves. Not once is the phrase applied to the Egyptian slave owners.

If you lend money to my people, to the poor among you, you shall not deal with them as a creditor; you shall not exact interest from them. If you take your neighbor’s cloak in pawn, you shall restore it before the sun goes down; for it may be your neighbor’s only clothing to use as cover; in what else shall that person sleep? And if your neighbor cries out to me, I will listen, for I am compassionate (Exodus 22:25-27, NRSV).

Here, the identity of God’s people (ami) is no longer the Hebrews but the “poor” among them. There is a striking shift in Exodus in the identification of God’s people from the Hebrews to poor Hebrews. The principle underlying this shift, however, remains consistent: in a conflict between oppressors and oppressed, God identifies with—and calls the oppressed—“my people.” The God who sided with the Hebrews against Pharaoh is now aligned with poor Hebrews.

Adonai’s commitment to the oppressed encompasses other vulnerable populations:

You shall not wrong or oppress a resident alien, for you were aliens in the land of Egypt. You shall not abuse any widow or orphan. If you abuse them, when they cry out to me, I will surely heed their cry; my wrath will burn, and I will kill you with the sword, and your wives shall become widows and your children orphans (Exodus 22:21-24, NRSV).

Adonai’s solidarity with these oppressed groups entails the same commitment previously enacted on behalf of the Hebrews. If Hebrew widows or orphans are abused and cry out to God, Adonai will heed their cry and kill their Hebrew oppressors. Although the same punishment is not specified for mistreating the poor, it can be inferred from the synonymous parallelism: “And if your [poor] neighbor cries out to me, I will listen, for I am compassionate.”

Since 2000, the Israeli/Palestinian conflict has resulted in the deaths of approximately 1,109 Israelis and 6,862 Palestinians. Also since 2000, about 129 Israeli children have been killed. And 1,400 Palestinian children have been killed by Israeli forces during the same period. Twelve Palestinian children, every month, in the last 14 years. These statistics, of course, do not tell the whole story. But such data matters because they reflect human lives, or at least what remains of these lives. Buried under each statistic is a human face, a relative’s body, a person’s name. To neglect these numbers is to ignore human pain, suffering, and loss.

Another number that matters, and one that forever haunts these discussions, is six million. The horrific and unspeakable assault on the Jewish people —in which Christians conspired and were complicit — cannot be reason for allowing the ongoing abuse of an ethnic group today.

Perhaps the most important message that divestment will send is that some people are no longer willing to benefit financially from the misery of other human beings. We live in an age of shared complicity in webs of slavery and oppression, whether it is the garments we wear, the fruits and vegetables we consume, or the mobile devices we use. We can make decisions to remove ourselves from complicity in dehumanizing others. Divesting from these companies is an important start.