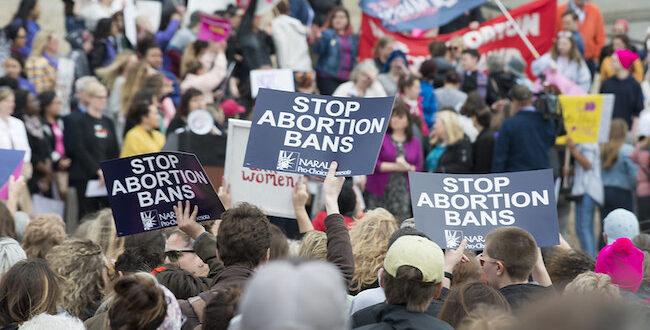 A Heavy Heartbeat When It Comes to Abortion Bans

A Heavy Heartbeat When It Comes to Abortion Bans

The Supreme Court took a huge turn recently and didn’t rule the Texas’ abortion ban as unconstitutional. Naturally, this brought up memories for this Georgia girl of the Heartbeat Bill.

I read a lot about abortions when the Heartbeat Bill was passed in Georgia in 2019, and I knew other states were working on similar legislation. The more I read, the sadder I got, and one article seemed to be the tipping point: “We’re Controlling The Wrong Bodies.“ I am linking to the article because if you’re enthusiastically in support of abortion bans and believe they are aimed at are murderous, hateful people you need to read this article and articles like it. Plenty of “good people” have well-reasoned arguments against abortion bans.

But why was that last one the tipping point? Because when it comes right down to it, she is so very right about one thing: my culture has made (preventing) pregnancy and childbirth (birth control) a woman’s responsibility. That is wrong.

It takes both sperm and egg to make a baby, and so many supporters of anti-abortion legislation wish for is a world where men step up and support their children. One of the arguments against the Heartbeat Bill is that we would never be able to pass legislation requiring men to pay child support upon detection of a baby’s heartbeat.

My heart is heavy about this. People close to me have had abortions and have been honest about the thoughts and feelings surrounding that decision, as well as how those have changed with time and perspective. People close to me have suffered a chaotic lifestyle because of parents — strike that, mothers — who were encouraged to have abortions because they weren’t ready to raise a child, but when they did the “right thing” and keep their baby, they weren’t given the support they needed to be the best mother for their child. Men are left out of this conversation entirely now. It’s assumed that for a man to have any opinion is sexist, patriarchal, condescending.

The reality is simply that a fertilized egg is a baby. Period. This is not theory, this is just the reality. It takes both a woman and a man to make that happen.

The article brought this up as some sort of argument against the Heartbeat Bill: Yes, miscarriage is nature’s abortion and those who mourn after a miscarriage (even an early one) are absolutely entitled to mourn and grieve. The fact that many miscarriages go unknown doesn’t take away the truth of it: miscarriages are a loss of life.

Are you beginning to grasp that this topic? The one we like to label with a single word and put into a neat box one way or the other? It runs with roots so deep into our culture and our way of thinking about the world that to separate abortion from miscarriage from birth control from sex outside a sacred covenant understanding of through thick and thin is nonsense.

If we Christians care about what God cares about, we won’t hide behind some banners and think there is no blood on our hands because we are the “right side” of the “important issues” of our culture.

So, my heart is heavy; it was heavy long before my state’s similar bill passed (yet was stopped by the Supreme Court). We live in a broken world. When are we going to start living like it?