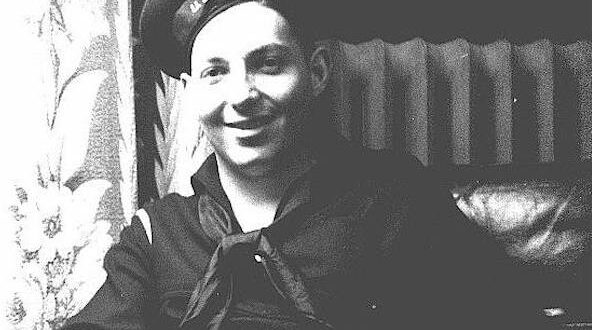 He was a good man.

I think of him almost daily. But his loss always seems more acute as the anniversary of his death approaches. And I stop to think about the relationship of fathers and sons, of my relationship with him, and the relationship I have tried to forge with my own children.

My dad’s life was not easy. He had a difficult childhood. His life plans were frequently derailed, and he struggled with work, never quite making enough money to fully support his large family. He loved my mother deeply, relied on her totally. But there were times they were estranged.

We know now he was probably clinically depressed for much of his life, unrecognized for what it was in his day and so untreated.

He had a temper, could yell, and swear and make a fuss. His preferred swear phrase became my preferred phrase and has now passed to my son. Is there a genetic link to swearing?

He could be impatient. And he had trouble showing emotion. Still, he was gentle in every way that mattered, never lifting a finger against his wife or children and, in fact, serving as the family soft touch when it came to discipline.

He treated other people with respect. An introvert by nature, he forced himself to interact with strangers as if they were long-lost friends. To his real friends he was supportive and loyal.

All of this makes him sound too saintly. He could be difficult. He could be distant and aloof, isolated in a corner of the living room listening to classical music under a pair of headphones, and remaining like that for hours while the family moved about him.

For many years, for most of my adult life, I was too often ashamed of him, aware more of his failures than successes. I worked hard to not be him, to grow into someone different, to be successful where he was not, to be a better family man, closer to my children.

It was a combination of therapy and his old age that turned my perceptions around.

It was only in his last two or three years that Dad began to talk more openly about his childhood. His mother, my grandmother Ethel, was a hard woman. She had come to the United States in 1914, alone, with two small daughters born of different fathers. She had been married several times by the time my father was born.

But his father, Abraham Smith, died when he was young. When he was about 8 years old, his mother remarried. And she put Dad in some sort of home or school or orphanage for a year or so while she settled in on what would be her last marriage.

Dad did not talk about that much. He remembered her visiting him one day, separated by a chain-link fence. He remembered feeling abandoned and sad. How tough that must have been.

Reunited with his mother after her last husband’s death, Dad went to school in Portland, Oregon. He was a good student, loved music and took up the clarinet. He was a bit of a hell raiser, by his own admission. Photos of his school years show a handsome boy with a mischievous grin.

At age 17, with the United States fully engaged in World War II, Dad graduated early from high school and tried to enlist in the Navy aviator training program. He wanted to fly. But he was only 17 and so needed his mother’s permission. She refused to sign so he enlisted as an ordinary seaman, eventually training as a medic.

He took his Navy training at Farragut in North Idaho. His weekend passes were spent in Spokane. I have a cherished photo of my father, age 18, propped in a chair in the Davenport lobby having consumed a bit too much Southern Comfort provided underage military personnel by hotel busboys.

As he lay dying, Dad told me that after the war he had ambitions of becoming a doctor. But his college education was cut short after only two years because he fell in love and married my Mom. He needed to go to work. But without a college education his options were limited. He worked retail, selling jewelry at a downtown Portland store. He sold linoleum for a business named Linoleum Oogie. Eventually, he went to work as a traveling salesman for a toy wholesaler, traveling the Northwest, selling toys to dime and department stores and toy specialty shops.

For my first 10 years or so, Mom was essentially a single parent. Dad would be on the road three or even four weeks per month. In many ways, I did not know my own father while I was growing up. Late in life he talked to me about life on the road, its challenges, and rewards, and its temptations. During one conversation, he recounted a bar fight in the rooftop lounge of the old Ridpath Hotel in Spokane. He was sure the hole he had put in the wall was still there.

Through most of my working life, Dad was unable to fully support the family. Even after Mom went back to work, it was tough to make ends meet. As a college student and then for years afterward I sent money home to help my folks survive. I know that embarrassed Dad. We never talked about it.

In his early-70s, when he was not much older than I am now, Dad’s health began to fail. By his late 70s, he was in a nursing facility and then, toward the end, under hospice care. It was during those last few years that I began to understand my father, for the first time really.

Psychologists talk about the complicated relationship between fathers and sons. I suspect that many sons reading this can relate their own complicated histories. But I know from my own experience and the experiences of my friends that many of us find that age smooths out the rough patches, that we learn to appreciate our fathers, though too often too late.

My dad loved his family. He wanted the best for us. He worked hard to provide as best he could. Knocked down by life all too frequently, he never stopped trying.

In his life, he never hurt anyone. Shy to a fault, he genuinely liked people and people liked him. If he raised a little hell from time to time, it never interfered with his family obligations. He loved his wife. He loved his children.

Older now, when I look in the mirror, I see him. When I speak, I hear his voice.

For decades I tried not to be him. Now I finally know I never could be. He was a good man.

Previous In Search Of Religious Freedom, Christians Flock To North Idaho
Next Ask a Baha’i: Meaning of Bahá’u’lláh’s Given Name