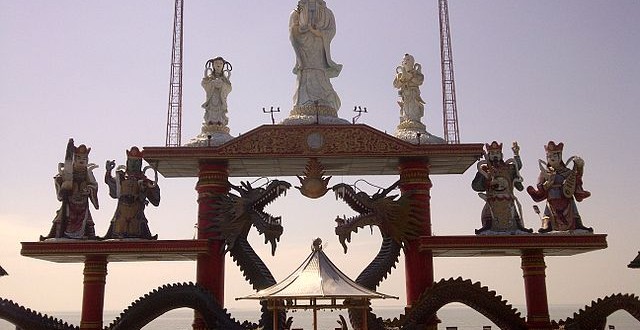 A Goddess’ aspirations for 2015

Winter Solstice was the celebrated end of two years as a spiritual guardian — a witness to the spiritual pursuits and development of a growing community of women that gathers on my farm once a month. The first year found me floundering and resisting the leadership role. I think I kept waiting for the novelty to wear off and women to discover me an amusing fraud. The second year, however, put a stopper in that doubt and I watched myself embrace and be embraced by this collective soul of Goddesses.

I use the term Goddess when speaking about these women — about all women because I live in a culture whose spirituality leaves me out by personifying God as predominantly male. Male pronouns are used by default and defended by citing the limited nature of language to address the transcendent nature of God, which is, of course, genderless. A brave few insert female pronouns interchanging he and she, hoping we can suspend our conditioned dualistic minds. It’s an admirable start and one I hope is increasingly adopted with time.
I encourage the use of feminine pronouns and the word Goddess to help women identify the divinity that is within each of them. I know it doesn’t reflect the true nature of the transcendent, but illuminating the feminine divine helps women see their own true nature. My use of the word Goddess is a bridge whose purpose is to bring women closer to an understanding of what lies beyond pairs of opposites like male/female, right/wrong. Acknowledging that women have a right to claim their divinity as decidedly feminine is one step toward the power of self-actualization and realization.

I aspire to strengthen this bridge not by perpetuating familiar archetypes of Goddesses of old but by giving them modern representation. The Way of the Goddess now is not the Way of the Goddess then. The Goddess Diane, the hunter and survivalist, is the struggling single mother Goddess piece-mealing three jobs to keep her family fed and the bills paid. Athena, the flawless Goddess of wisdom with an owl on her shoulder, is now every young girl and woman seeking education in cultures invested in thwarting every effort to the point of disfigurement and death. Venus, the Goddess of Love, in the light of today’s woman is a Goddess who openly loves other women and finds one with whom to partner and create her own holy family. I want to share story of the Goddess whose love of herself, in the spirit of Kuan Yin, is the love of the whole world.

I aspire to be that Goddess and I’d like to write her story as my own, encouraging every woman I encounter to do the same.

I aspire to create, with a lot of help from others, a website to promote The Way of the Goddess as she is today.

I aspire to continue introducing women to the teachings of Goddess Speak™, Goddess Trinity, Goddess Awareness and Goddess Pause. These are the spiritual tools I created for the modern woman journeying the great miraculous Mystery of Herself.

I aspire to work to dispel the negative myths that still dominate peoples’ imaginations about the meaning and power of a community of women seeking their innate wisdom. The essence of The Divine Feminine as a tool for healing may be more important now than ever as we stand upon our planet whose decline will certainly be our own.

I aspire to bring my work as a spiritual guardian of the feminine divine to a larger audience. I want nothing more than women and their daughters to know that their spiritual awakening is the healing hope for us all.

Join SpokaneFAVS for a Coffee Talk forum on “Aspirations for the New Year” at 10 a.m., Jan. 3 at Indaba Coffee/The Book Parlor. Hayes is a panelist.