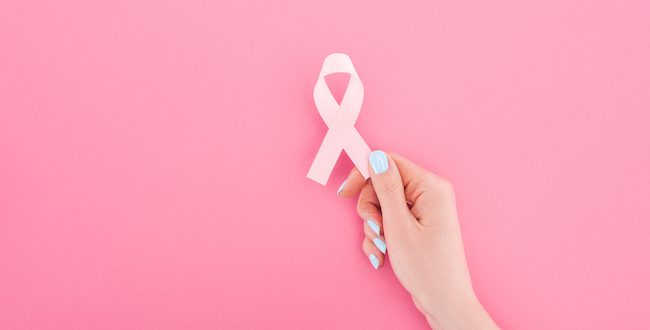 A friend’s cancer diagnosis is a reminder to show gratitude

A friend’s cancer diagnosis is a reminder to show gratitude

I’ve heard the statistic before: One in eight women will develop breast cancer in their lifetime, according to the American Cancer Society. I just never thought it would happen to one of my close friends.

So when my friend reached out to tell me her wife had breast cancer and would have to get a double mastectomy, my heart dropped.

All I could think about was the fear and worry I knew was plaguing them. And I felt helpless.

This couple welcomed me into their circle shortly after I moved to Spokane. Over the years, we’ve become a close-knit group who have gone on snowshoeing and bicycling adventures together, we’ve had backyard potlucks, tried (and failed) craft nights, gone to wine tastings and casinos and concerts and met up at our favorite restaurants to celebrate birthdays.

More importantly, we’ve been able to count on each other.

A few years ago when I got in a late-night car accident, three of the women in this group came to my rescue. We’ve gotten each other through life changes, including job shifts, house sales, breakups and the loss of loved ones.

I’m so grateful for these women in my life. But I haven’t shown them.

The Buddha once said, “These two people are hard to find in the world. Which two? The one who is first to do a kindness, and the one who is grateful and thankful for a kindness done.”

My friends have shown me so much good-heartedness, and now with this news, I found myself wondering how I’ve shown my gratitude for them, and how I’ve returned their kindness.

I decided I could at least start showing it now; it’s never too late.

When we learned about the breast cancer (I’m not naming anyone because of privacy), a few of us put our heads together. We knew our patient was sad and scared, so decided to have an outdoor “Boob Voyage” party.

As another of our friends put it, it was a way to turn something so heavy into a fun, lighthearted and humorous celebration.

Almost like a bachelor party, we threw together a breast-themed event – specially made cupcakes and snickerdoodles – and played some games that aren’t appropriate to mention here.

When the laughs died down, we gathered around the bonfire and toasted to my friends’ breasts, but really, to her strength.

That’s when the tears came.

We weren’t crying over the surgery. We were moved by empathy, by love.

We all cared for this woman too much to offer our sympathy. It had to be more.

We had to surround her, and her wife, with love, compassion and appreciation. Just maybe, our love would give them comfort.

Their fear and pain could be felt in our own hearts. We needed them to go into both surgeries – the removal and the reconstruction – knowing that.

I’d like to think they went home feeling it.

After the “Boob Voyage,” I went back to Pullman – some 70 miles from these women – and found myself wondering once again what I could do to help. How could I show my esteem for them?

I had dinner delivered. I sent flowers. I’ll probably have dinner sent again.

Expressing gratitude is what’s important, and I’ll keep finding ways to express that – not just to them, but to all those who have blessed my life.

Thanks, friends – and cancer – for the reminder.

Previous Ask A Muslim: Everything Happens for a Reason
Next Bridging the news credibility gap