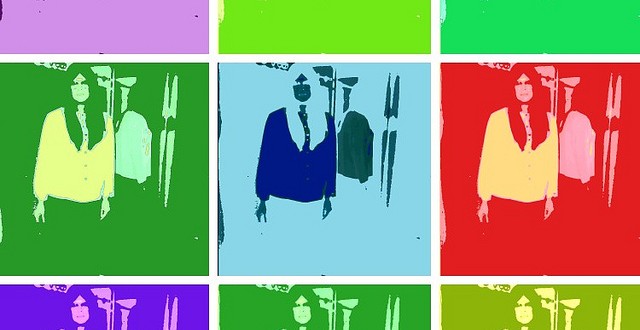 A Festival of Women Preachers

“Liv, did you preach on the text?”
My grandmother Florence often called on Sunday afternoons during my pastoral internship. Without any introduction, she cut to the chase: preaching. What was my sermon about that morning, and how did it go? If the texts for the day were especially challenging, she was curious how I handled them. She cared, not only about me and my pulpit, but about the quality of preaching within Lutheran churches. I always knew I had a dialogue partner in my grandmother.
Last month, Grandma Florence, age 97, died in her home. While we as a family give thanks that her suffering from kidney failure is over, we are feeling the great loss of her presence. I am sensing the loss of that dialogue partner, one of my teachers. At her funeral on Oct. 2, I was delighted to serve as an assisting minister. Two other pastors offered reflections, one from her academic life and the other as her congregational pastor. The first described her wit and wisdom, her dedication to peace and justice, and her astounding curiosity. The second gave a true sermon, a proclamation of how my grandmother is held in God’s grace as God’s child. He added, “and had she been born a man, I am certain she would have become a bishop, a teaching theologian, or another kind of theological leader in the church.”
It was that moment, hearing that sentiment, that made my heart leap up into my throat. He was right. Suddenly, the pain of wondering what might have been for my grandmother if circumstances or culture had been different swelled in me. She achieved so much, spoke and thought and learned and taught others so much. But she often had to push boundaries and swim upstream to do so.
Those of us who occupy roles of theological leadership sometimes bemoan the “role-model” part of our vocation, or the notion that others look to us as examples. While it’s OK not to always want to carry that flag, we also must acknowledge the tremendous power we are granted in serving as pastors. We may not want to, but we define the role as we serve. This is good and bad. We know what schmucks we are — how much we fail, how petty our fears can be. But if we are called, we are meant to be in this role and continue redefining it.
And so, in memory of my grandmother Florence Sponberg, I would like to host a Festival of Women Preachers at Salem Lutheran Church sometime in 2015. I’m curious about the community: would you come? Would you be curious?

Previous The American Nightmare: Politics for Politics’ Sake
Next What rewinding can teach us about biblical texts