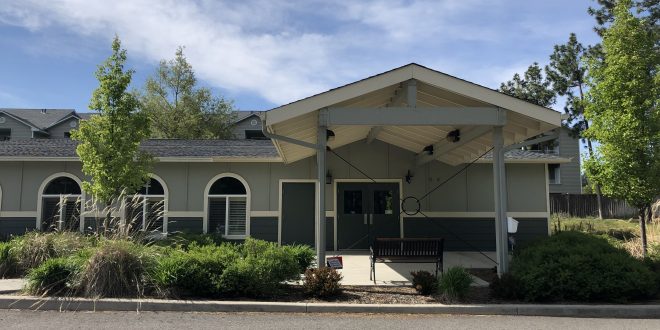 For most of my life, I’ve misunderstood failure. I thought it was something negative and refused to accept it.

I even wrote an unexceptional poem about it as an undergraduate.

“I fear to fail and I dream to achieve … I want to believe that I can be what I want to be, to pass mere survival, and to make people marvel. What they said were my fantasies, I’ll prove my realities … Little did they know they were feeding my fears, and fueling my dreams …”

Looking back at this, I realize I once felt I had something to prove.

I wanted to show the world I could escape the poverty I was born into, that I could get an education, become a writer and make it in this world on my own.

Ultimately, I think this drive was charged by my dad, who left when I wasn’t quite 2 years old. I wanted to become someone, or do something extraordinary, so that if he ever looked me up, he’d regret leaving.

Subconsciously, I seemed to believe that if I became a ”failure,” it would justify his decision. So I became a newspaper intern at 15 years old, finished undergrad in three years and launched my first publication at 28.

He never did look me up, but that drive remained in me.

Thankfully, though, over time I’ve learned failing is a part of life, and it’s OK. In fact, it can be a good thing.

That lesson really sunk in this year when the religion news organization I run, SpokaneFāVS.com, elected to sell its multifaith community center.

In June 2019, Origin Church, which was closing, gifted us their building on a 3-acre space on the South Hill because they believed in the community conversations we were creating through our regular Coffee Talk forums. Coffee Talks are something we’ve been doing since 2013, and they have a history of bringing people from different beliefs together to talk about a variety of issues. We’ve always struggled to find just the right venue for these discussions.

When they offered us the building and acreage, we presented the Origin board with a business plan on how we’d use their gift. I outlined how we’d use it for our own Coffee Talks, but also as a location for other communities to use for worship or gatherings.

At first, things were great. Groups were booking the space and it was being used like we envisioned.

But then, not even a year into operating the FāVS Center, COVID-19 came. For the most part, the building sat empty for over a year. Yet the bills still piled up. We had to pay to maintain the land, keep the utilities and the security system on, etc. It was sinking us, and it became clear we had to let it go.

I had let Origin down. I felt like a failure.

The FāVS board, though, helped me see the situation in a new light.

By selling the building, we could be better stewards of the gift Origin gave us. With some cash in the bank (nearly $1 million!) we could pay journalists to cover local religion news, and put more resources into creating much-needed community conversations on faith and ethics.

We took a risk in opening an interfaith center, and I’m glad that we were able to offer a sacred space to a few groups for a time. It would have been a failure not to have tried.

Previous Dodging Atheism, One Note at a Time
Next Music of My Life