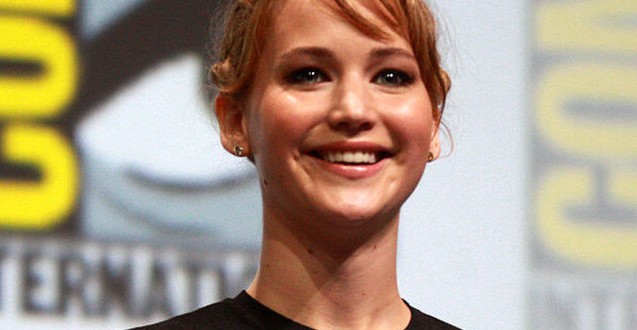 The Gnu Atheist Sam Harris had a smirk and a devil-made-me-do-it look as he filled the screen with images of women in provocative poses. He made a half-hearted effort to echo many feminist and Christian critiques of such commercializing of the female body. He makes a coy remark about how it really is not a problem for boys will be boys. He then goes after his real target, the way Muslims force the hijab on women.

This scene from his Ted Talk (above) on his book about the moral landscape came to mind after the hacking of a lot of celebrities’ personal images were released for the Internet to consume — Jennifer Lawrence being the latest. Some of the response to such a deep violation mirrors the smirk by Sam Harris. Jennifer Lawrence has been chided for taking these private images in the first place that have become fodder for millions of immature males. She is the one to blame many claim. The same justification that the Rotherham police used for not investigating the thousands of claims by young teenage girls about being sexually violated. After all, they were just “tarts” that had it coming. They were not humans, but products on the shelf and damaged ones at that. The human body has becoming nothing more than another product to be consumed or to help sell, has become increasingly more common. The morality of consumer mentality that demands satisfaction and the elimination of the human person for a performance based product has invaded our culture completely. How should Christians respond?

Starting with the Incarnation, we Christians say the dignity of human person comes because Jesus became man and dwelled among us. The dignity of the human person rejects the consumerization of the human person in all of its forms. Those who look to turn the images into a money making scheme reject the possibility of love and like Sam Harris can only half-heartedly understand the violation of making a female body an idol. When Harris is confronted at the end of his talk by the claim that many Muslim woman find the hijab liberating, he dismisses it with a curt, “they don’t know better. ” Their thoughts and stories, Harris suggested, did not matter to materialism he proclaim.

The most diabolical aspect of consumerization of the human form is how it strips the person of her story. The body no longer has a history, narrative or purpose, but becomes simply a material to consume in anyway deem useful by consumer. In short, the celebrities’ become nothing more than material and measurements. It is the triumph of modernism and the proclaiming the death of love. Love can’t exist if we are nothing more than products on the shelf.

We Christians have to object, no matter what cross one nails love to, love will arise. We bear witness to humans being more than products of material, but reflection of the God.

Previous Rare Mormon documents go on display for 1st time
Next Ask A Jew: Why do Israelis support the current war against Hamas but American Jews do not?