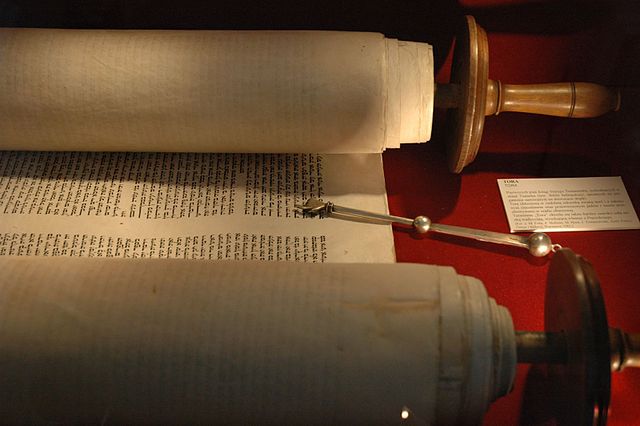 A Catholic commentary on the writing of the Torah: Part I

The first five books of the Hebrew Bible are often known as “Torah,” which means “The Law.” This title indicates the shared Jewish and Christian tradition that Genesis through Deuteronomy represents a cohesive divine revelation to ancient Israel in the Sinai desert following the Exodus event and giving of the covenant. Most Bible scholars agree that the Torah resembles legal codes and treaties found among neighboring ancient Near Eastern cultures and have documented correlations between Torah and legal codes of the Babylonian, Assyrian and Hittite Empires. As in the comparisons between Israelite and other Near Eastern creation myths, Israel may have shared common symbols and legal language with her neighbors but used them to form a vastly different theological understanding of herself and God. Usually, this different understanding is described as a more humanitarian view of the function of law. The core set of law in the Book of Deuteronomy are the chapters 12-26. A specific comparison between the Code of Deuteronomy and the Babylonian Code of Hammurabi may or may not substantiate the claim of a more human-friendly law.

Moses is called by God to lead Israel out of slavery in Egypt (Exodus 3:10, 14-15). In Deuteronomy 4:1-2, Moses gives a summary of the desert experience and reminds Israel of the laws they agreed to follow as a part of their covenant with God. In the prologue to his code, Hammurabi also summarizes the divine activity that has led to him being called by Marduk, the high god of Babylon, to be the king of the people. While Moses is charged to lead the liberation of Israel, Hammurabi is charged to, “bring about the rule of righteousness in the land.” Moses does indeed instruct Israel on living the law, but the righteousness belongs to God. Furthermore, Hammurabi specifically states that his intent is to “destroy the wicked and the evil-doers; so that the strong shall not harm the weak.”  Instead, Moses relates observance of the law to the right worship of God because he has brought them out of Egypt.

Laws focused on slavery are present as well both in the Code of Deuteronomy and the Code of Hammurabi. Fundamentally, both societies acknowledge the legality of human ownership of another human being and the laws do not address the morality of the situation. Laws 15-20 of the Code of Hammurabi deal with situations in which slaves have been stolen, taken without an effort to locate the owner, runaway slaves, and properly returned slaves. Stealing or receiving stolen slaves merits death. Law 175 serves to protect the children of a slave man and free woman from slavery. On the other hand, laws 199, 213-214, 217, 223, 252 and 280-282, lessen the value of monetary recompense to the owner if a slave is injured or killed compared to those assigned to the injuries and deaths of free born and nobles.

Deuteronomic laws on slavery mandate that they be included in religious worship (12:18, 16:11, 14). Significantly, 23:15-16 prohibits the return of escaped slaves to the original owner; indeed, they shall live free among the community. Israel was also exhorted to free all slaves in the seventh year of service in celebration of the Sabbatical Year (15:12, 17d). This law ideally prevented slavery from becoming hereditary or a life-long experience. Not only were they freed in the seventh year of service, but their material needs were provided by the master to remember that Israel was once freed from slavery by a generous God (15:14-15).

In addition, the two codes share a concern for proper sexual relations.  Deuteronomy interpreted the marriage relationship as a mirror of the covenant love and fidelity between God and Israel. Israel also understood that uncontrolled sexual activity can result in family and community division and disorder. To maintain the reflection of divine order in social order, laws had to exist to provide boundaries for private behavior as well as public acts. Some of the sexual activity laws of these two codes are similar.  Both codes detail a variety of ways adultery can occur and be discovered (Dt. 22:22-23, 28 and Hammurabi 129). Both punish the woman and man equally if they are jointly responsible; however, both codes also recognize nonconsensual sexual acts, which result in the death of the offender (Dt. 22:24-26 and Hammurabi 130). Deuteronomy focuses more on the protection of female virginity and equating sexual intercourse as marriage (22:13-19, 28-29). The codes are also similar concerning marital separations and divorce allowances (Dt. 24:1-4 and Hammurabi 136-142). In addition, the two codes protect the inheritance rights of the first son born to the first wife regardless of the husband’s favor toward other wives (Dt. 21:15-17 and Hammurabi 144-149, 167, 170).

Outside of these specific categories, Deuteronomy and the Code of Hammurabi offer miscellaneous laws regarding property and negligence (Dt. 19:14, 22:1-4, 8, 24:10-13 and Hammurabi 9, 49, 229, 266-267). The codes both reflect an objective judicial system (Dt.16:18-19, 17:8-13, 19:15-21 and Hammurabi 3, 5). The Code of Deuteronomy concerns the presence of pagan shrines and worship activity. Israel is told to destroy all objects and eliminate all forms of pagan idolatry in the land (12:2-4, 31, 13:4, 8-10, 14-17, 16:21-22, 18:9-12). The law is a reflection of the covenant loyalty that Israel promises in return for God’s covenant protection. Religious laws in the Code of Deuteronomy also delineate the proper places, forms of, and participants in worship.  God chooses the one place where sacrifice is orthodox (12:13-14, 18). Types of sacrifices, description of sacrificial animals, and regulations on clean and unclean food are connected to the laws as well.  Religion is rarely mentioned in the Code of Hammurabi, notably because Babylon was a pluralistic religious society. However, in Babylon as in Israel, religion and state were tied together as priests often verified the authority of the king and presided over rituals meant to prophecy royal situations.  Religion is reflected in Laws 178-182 regarding the stipulations by which a religious prostitute, temple maid, or temple virgin may or may not inherit. Israel forbids the practice of temple women (23:17-18).

The abundance of shared concerns and language appear to undermine the argument that the Deuteronomic Code is more humanitarian than the Code of Hammurabi. I think the two main differences in the codes are that Deuteronomy centralizes YHWH worship to legal observance and that although Deuteronomy proscribes capital punishment for a variety of crimes, it only allows one case to merit a physical mutilation as punishment (25:11-12). The Code of Hammurabi, as a pluralistic society, does not associate theology with law and proscribes physical mutilation far more often than capital punishment. However, even Deuteronomy 25:11-12 is related to religion for Israel (23:1). The Deuteronomic Code is not more humanitarian than the Code of Hammurabi; however, it is more theologically oriented in its understanding that legal observance permits possession of the land.  Moreover, Moses did not create the Deuteronomic laws; he spoke them for YHWH. In contrast, Hammurabi speaks on his own behalf since his rule has been authorized by Marduk.

Check back for Part 2.