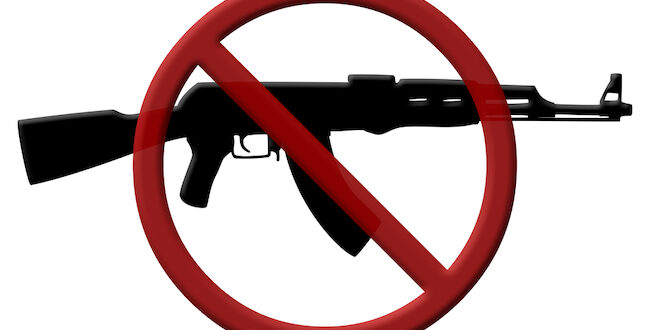 A Buddhist argument for restrictions on assault weapons

A Buddhist argument for restrictions on assault weapons

I love to travel, but I hate stripping down to my socks, fishing out my laptop and measuring liquids into tiny bottles. I miss being able to walk with my loved ones to the gate.

But that’s how it is now because 21 years ago a group of terrorists turned four aircrafts into missiles, killing 3,000 people.

So like the rest of you, I oblige – not just because I have to, but because I don’t want it to happen again.

Now we all need to come together one more time to make an accommodation for the safety of our citizens.

Generally, because I trust TSA has reasons for their security measures, I feel safe flying on a plane. I don’t feel safe, though, being in large crowds or anywhere else where an unhinged shooter can open fire with an assault rifle and kill or maim dozens of people.

Getting the call that a loved one is the victim of a mass shooting has become my worst fear.

Guns have always made me uncomfortable.

Like many religions, Buddhism teaches nonviolence. I’ve taken a precept to refrain from taking any life, or even harming another being (even an insect). That doesn’t mean that a Buddhist can’t own a gun, but to me, personally, a gun – especially an assault rifle – is intrinsically violent. They are designed to injure or kill, so I view owning one as a contradiction to my faith.

However, I have plenty of friends who own guns either because they are hunters or feel the need to have one for protection. And I respect that.

Collecting, or even owning assault rifles, though, I can’t respect. Especially now.

The Washington Post reported this month that there have been 300 mass shootings in our country just this year. Not one week in 2022 has passed without at least one happening. According to the Gun Violence Archive, 357 people have already died this year in America due to mass shootings, and scores more have been injured.

Until now owning assault rifles has been a privilege in this country. Robert E. Crimo (Highland Park), Payton S. Gendron (Uvalde) and Frank R. James (Buffalo) are just a few of the men who have ruined that privilege.

Now we have to step up and, as a nation, accept that reality.

It was just a few months ago that we paused to remember those who have made sacrifices for America. The idea of making a sacrifice for the common good of the nation – for the protection of its people – has long been considered patriotic, heroic, brave.

I understand how unfortunate it is for gun owners and collectors who truly are peaceful, which I have no doubt is the majority.

Most of us weren’t planning on flying an airplane into a building full of people either.

Even though we may not have violent intentions, we can’t be entirely sure about all of those around us. We have to think about how our actions could potentially influence them.

We don’t take our friends with a gambling affliction to a casino, or our alcoholic co-workers to a bar.

Letting someone around assault rifles could unknowingly spark dangerous mental factors. It’s our responsibility to prevent that.

We have to do it for 2-year-old Aiden McCarthy, who was orphaned at the July Fourth parade shooting; for retired police officer Aaron Salter Jr. who died confronting the gunman at the Tops grocery store; for 21-year-old Johntaya Alexander who was randomly murdered along with five others outside a Sacramento nightclub and especially for the 19 kids who died while at school in Texas.