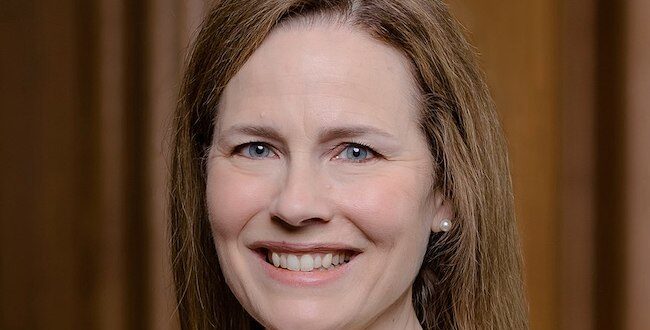 A Betrayal on Her Own Gender: Amy Coney Barrett vs. The Women of America

Last week’s decision of the Supreme Court to overturn Roe v. Wade came mostly with sadness to not only myself, but millions of people around the U.S and around the world. As quickly as the decision was announced, so was the breakdown of how each of the nine justices voted. To my horror, I was disgusted and surprised to find that one of the justices that voted to overturn it, was a woman.

While I’m upset with every single Supreme Court Justice who voted in favor of the overturn, I’m still stuck on one of them being a woman. I feel like we were not only failed by the SCOTUS, but betrayed by someone who should know how hard it can be to be a woman in the United States.

Personally, I think it’s unforgivable. To actively vote for the suppression of women’s rights — her own rights — I don’t think there’s any way to come back from that.

Not only did she fail every woman in America by voting to overturn Roe v. Wade, she also voted in favor of taking our choice away. She stole her daughter’s choice, her granddaughter’s choice, and she even stole her own. She used her vote to silence all women’s voices, including her own. Her vote shows a lack of wanting autonomy over her own body, let alone letting others have autonomy over theirs’.

If you don’t want an abortion Amy, don’t get one. No one’s forcing you to get one, but your vote forced a decision upon millions of women; one that they didn’t want or ask for. Your personal beliefs should not dictate what others are allowed to do with their bodies.

My heart goes out to every woman out there who feels unheard, scared, upset and lost because of this decision. This is a setback, I won’t lie, a pretty big one, but I hope and pray, it’s only a temporary one.

Emma Craven is an undergraduate student at Gonzaga University majoring in English and Psychology. She is originally from Leavenworth and currently lives in Spokane with her family. She grew up in a half Jewish and half Catholic household. She has a writing background in news writing, poetry, and fiction pieces. She has previously been published in two of Gonzaga’s writing journals. Outside of school and work, you can find her swimming, reading, spending time with family, or watching Grey’s Anatomy.