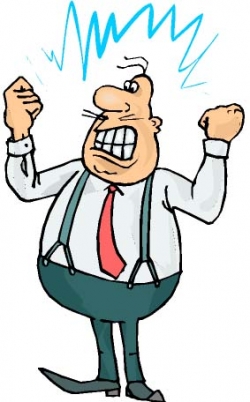 7 practices for dealing with church conflict

If you’ve been in any church for any length of time, you’ve probably had someone go nuclear on you. You know what I mean . . . a leader, volunteer, or disgruntled church member drops a bomb on you that blows you up! Deserved or not, it hurts. Ready or not, it comes with destructive power that sends you into an emotional mess.

Perhaps they’ve never read what Solomon wrote, “The tongue has the power of life and death . . .” (Proverbs 18:21), and they don’t understand the wound they’ve inflicted.

So what should you do when you’re deeply disappointed with someone? What are the best ways to deal with your frustration and anger?

Here are seven conflict resolution practices that will help:

Try not to react. In fact, under-react. The first thing that comes to mind to say in your defense is rarely the best thing to say to resolve the conflict. Sit down. Shut up. Give it at least a few hours, if not a day or so, before you respond. Tell the person, “I’d like to think and pray about what you’ve said before I respond. Can we set up a time to meet soon?”

2. Don’t be right at the cost of being relational.

There’s nothing wrong with being right, but you can be right and dead wrong if you sacrifice relationship on the altar of pride. It’s not just about you.

3. Try to see the bigger picture.

Ask yourself this simple, yet powerful, question: What is really going on here? Maybe there’s an issue behind the issue. Maybe the person who’s hurting you is hurting. Maybe there’s something else going on in his or her life that has robbed them of a healthy and holy perspective. Remember, truly loving others means putting their needs before your own.

4. Instead of blasting them, ask them.

In other words, before you go tit for tat and give them an ear-full, ask them the why, how and what questions. Why do you think this happened? How should I have handled this better with you? What can I do to heal what’s damaged or restore what’s been lost? This is the path of humility. Obviously, your words matter, so be careful little tongue what you say.

5. Listen far more than you speak.

Listening is hard, especially when you’ve been hurt. When you’ve been emotionally wounded, your mind works overtime playing out a thousand scenarios of what you will say and how you will say it. We tend to script out our defense and focus most of our time and energy on how we’re going to set them straight! Again, if possible, set up a time to sit down face-to-face with the goal of listening first and foremost. Often, 90 percent of the problem is resolved when someone genuinely feels cared for and heard.

6. Affirm your love before you correct.

There is a place for truth and correction, but the Apostle Paul wrote, “Speak the truth in love . . .” (Ephesians 4:15). The single most important thing that must come out of any relational conflict is a commitment to love each other no matter what. Why? “Because love covers a multitude of sins” (1 Peter 4:8).

7. If they build a wall to keep you out, attempt to build a bigger wall to take them in.

The difference between your wall and their wall is yours is built to be inclusive and to protect the relationship, not eliminate it. We can’t control the reactions of others, but we can control our attitude. We can choose to stay committed to them even if they’re trying to cut us out of their life. It takes two people who have given up to permanently end a relationship. Don’t be the one to quit. As long as you’re open to restoration, there’s hope.

I wish I could tell you that I’ve learned these “seven practices” the easy way. I haven’t. Most of them have come through multiple and painful relational conflicts. The good news is you don’t have to learn everything the hard way.

So let me encourage you to decide now to put these seven relational practices into play the next time you’re in the middle of an emotional explosion.

Trust me, two relational nuclear explosions are worse than one.

Kurt W. Bubna published his first book, “Epic Grace: Chronicles of a Recovering Idiot,” with Tyndale in 2013. He has recently published “Mr. & Mrs.: How to Thrive in Perfectly Imperfect Marriage” and two other books. Bubna is an active blogger, itinerate speaker, regular radio and television personality, and the Senior Pastor of Eastpoint Church, a large non-denominational congregation in Spokane Valley, Wash. He and his wife, Laura, have been married for nearly 40 years and have four grown children and six grandchildren.

Previous GU’s Hate Studies Institute to present lecture on American Nazis and the Pacific Northwest
Next Video and photo slideshow: The many faces of Jesus