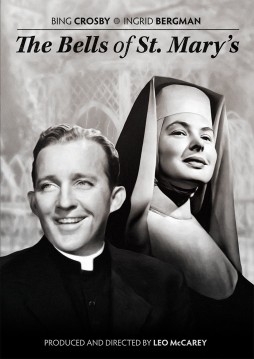 Q: What do Julie Andrews, Ingrid Bergmann and Debbie Reynolds have in common?
A: They’ve all played nuns.

Then again, so have several other big-name Hollywood actresses. A new book,  “Veiled Desires: Intimate Portrayals of Nuns in Postwar Anglo-American Film” (Fordham University Press), takes a look at some the paradox of having these lovely leading ladies playing such chaste characters. (For more on the book, read this Q&A with the author, Maureen Sabine.)

I’ve got a soft spot for nun movies – a highlight of last year’s Christmas vacation was curling up under a blanket with my grandma and watching Debbie Reynolds in her white habit.

With this book and its nuns in the spotlight, here’s my list of five movies featuring nuns (though they’re not all included in the book).

I mentioned this one in my introduction – this 1966 film stars Debbie Reynolds as the passionate Sister Ann, whose best attempts to help people sometimes gets her into scrapes. But this nun also has a heart for music. She and her guitar, “Sister Adelle,” quickly become sensations when they score a record deal. (Fun fact: This movie was inspired by a real-life singing nun in Belgium, Jeanine Deckers.)

Ingrid Bergman plays opposite Bing Crosby in this charming story of joy, hope and changed hearts. Sister Mary Benedict (Bergman) and Father O’Malley (Crosby) don’t always get along in this 1945 classic, but they learn a thing or two from each other – and from their students and neighbors.

It’s well-known and well-loved: “How do you solve a problem like Maria?”

You know what they say … Nunsense is habit forming! This raucous musical puts nuns in a comical light. After some of the sisters die while working at a leper colony, their numbers further decrease when Sister Julia (Child of God) accidentally makes a deadly stew. Then, they run out of money to bury their dead – so what do they do? Put on a show, of course. But I’ll let them tell the story:

You know – the nun movie with Whoopi Goldberg. (Confession: I’ve never seen it.) But I hear it’s got excellent music. And judging from the clip below, I’d say that sounds about right.