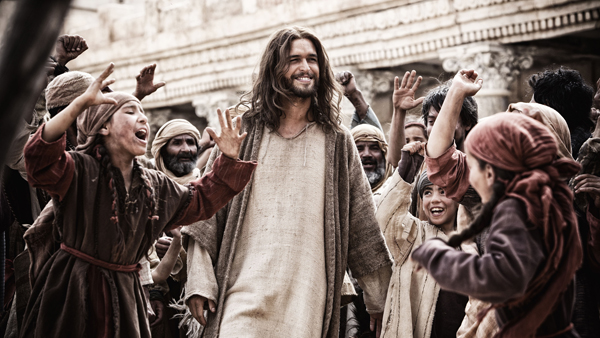 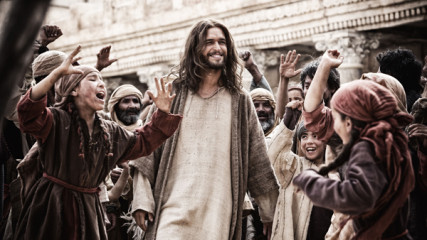 The Bible narrative has always been one heck of a story. It reads like a mix of action thriller, period drama, romance novel, and the more apocalyptic parts, like pure fantasy. The gripping narrative sections of the text are part of the reason why the Bible is the bestselling book of all time.

But in 2014, we’ll discover if the Good Book is as captivating on the modern day silver screen as it is in print.

The scrappy Christian film industry has been budding for the last several years, proving that people of faith are hungry for content that speaks to the soul. But what many religious films possess in terms of spiritual content, they often lack in star power and budgets. This year, however, big studios such as Sony and Lionsgate are entering the fray by releasing films of, well, biblical proportions. To wit:

“Son of God” | 20th Century Fox (February 2014)
Reality TV pioneer Mark Burnett and his wife, actress Roma Downey, shocked the world last year when their History Channel series “The Bible” set cable TV records. Now, the Christian power couple has taken footage from that series and partnered with 20th Century Fox to create “Son of God,” a film about Jesus’ life that will doubtlessly attract churchgoing Americans. As the first film on this list to release, it may be helpful box office barometer for the others.

“Noah” | Regency Enterprises (November 2014)
A flood of publicity has already been created around the “Noah” film and its impressive $130 million budget. The cast includes Russell Crowe, as the sailor himself, as well as Anthony Hopkins, Jennifer Connelly, and Emma Watson. Darren Aronofsky of “Black Swan” fame directed the movie. If the trailer is any indication, it should be visually stunning while taking massive artistic liberties in creating details not found in the biblical narrative.

Previous In Thailand, US evangelicals work to end prostitution
Next Ask A Mormon: Why do you wear holy “garments”?