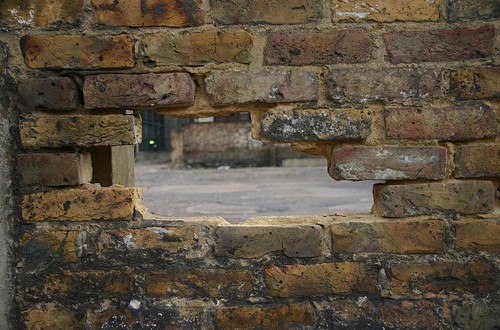 Bringing all voices to the table is crucial, but not easy

The FāVS leadership team talk about improving dialogue a lot — obsessively, even — and we’re especially concerned about helping people from less-represented background join the conversation here.

Like most groups that focus on interfaith dialogue, the SpokaneFāVS community has a lot of people who hang out on the moderate, liberal, progressive, or heterodox ends of the theological and political spectrums.  So many, in fact, that we periodically get described as a “left-leaning site.”

When that happens, we get a lot of reactions, but three responses have stood out to me every time:

“Sure, we have a lot of left-leaning writers, but that’s just because right-leaning writers aren’t writing for us! If they were just more willing to dialogue and could handle disagreement…”

And finally: “They’re right. I’m not comfortable inviting my conservative/orthodox/(fill-in-any-under-respresented-group-HERE) friends to write, because I don’t think they’d REALLY be welcomed.”

I’ve spent a lot of the last year getting feedback from people of all backgrounds, trying to figure out what to make of these different perceptions of FāVS. I wasn’t interested in debating what might be “wrong with the other guy.” I wanted to understand how the FāVS community — our leadership, our events, our behavior — unintentionally create barriers.

And what I’ve found has surprised me. The barriers are most often small, unintentional things. I feel almost silly trying to explain them, because we’re so used to talking about the big barriers of hate and intolerance. But again and again, I’ve heard that the most significant barriers to making the FāVS tent bigger — to welcoming new people and new perspectives — are small, subtle messages we are unintentionally sending — individually and collectively. That’s exciting, because that means that each of us making small changes can lead to more of the dialogue we all want.

Here’s the short of it: People avoid dialogue because they are just as scared of being misunderstood, embarrassed, hurt, and alienated as we are — and we’ve unintentionally done something that made them think the risk of that happening is high.

I’m talking about driving out fear and building trust. They’re tricky tasks, because they aren’t built with intentions.  It’s like when I was studying theatre. My mentor would stop a scene and ask me “What was that? Why weren’t you reacting?” And I’d reply “Well, I was thinking –“  But he would stop me and repeat: “If the audience didn’t see it, it didn’t happen.” He was reminding me that it didn’t matter how much I’d analyzed a character or how intensely I was feeling their emotions. My job was to communicate, And if I couldn’t show those things on stage in a way the audience could understand, I was failing as an actor.

The same is true for removing fear and building trust, which are prerequisites for real dialogue. It’s not about what we think builds trust. It’s about find out what the other person needs before they can trust us, and communicating that in ways they understand.

Here are two recent examples to illustrate what I’m talking about.

“It was a great conversation! We were all being really civil and giving him/her different perspectives. S/he just couldn’t handle any feedback that disagreed. And then s/he just left in a huff. It’s so frustrating,” said one.

But the other side? “If I try to reply to one person, I’ll suddenly have five or more people jumping in, all writing paragraphs about why they disagree with me.  It’s hard enough trying to understand one person and have them understand you. But for every one comment I make, I get five back! And they mostly agree with each other. It didn’t feel like dialogue because they weren’t waiting for me to respond to one person before they started jumping in! I don’t think they mean to, but it feels like ganging up. It happens every time. I can’t spend two hours every day responding to all those comments. It’s too much.”

That hit me hard. As I’ve listened to more people describe their experiences, I’m convinced that it “not being able to handle disagreement” is, more often than not, a red herring.  I’m not saying it doesn’t happen; of course, we’ve all known people like that. But this person — and others I talked to over the year — weren’t leaving the conversation because someone disagreed with them. They were leaving because they were going through the digital equivalent of what happens every time I come home and my son, my daughter, my husband, and my dogs all start trying to get my attention at once. They were overwhelmed. They felt like people were putting more energy into responding than listening. They felt people weren’t recognizing what it felt like to have that many people engaging, or how much effort and time it took to respond to so many comments.

The disconnect between the two experiences is completely understandable. It is so hard to read feeling and tone online. So I suggest that one way we in the FāVS community can remove barriers to dialogue online — especially when we see someone new, or someone expressing a less-represented perspective — is to be more proactive in asking people what their boundaries are before we jump into the conversation. You can build trust and show respect by doing something as simple as asking:

“Hey – I’m really enjoying your exchange. Is this a good time to share something, or is another person too much right now?”

“Hey! I’m really enjoying this exchange. I have a few questions to be sure I understand you. Do you mind if I ask them here now, or would you rather I message you later?”

Some felt “uplifted and hopeful about the diversity represented. This is such important work. It was a great conversation!”

But others felt “alienated and disappointed, like no one was even considering other perspectives or experiences. It’s like everyone else in the room was speaking another language. I didn’t feel safe speaking up, because it felt like an echo chamber.”

Why such a disconnect? Because when people talked about “combating a culture of violence” and “how violence is never justified,” some people heard a perfectly reasonable goal. Who doesn’t want to end mass shootings, abuse, and casual aggression toward vulnerable people? But other audience members – people with backgrounds in martial arts, law enforcement, the military, or who had lived in conflict zones  — interpreted those same phrases as attacks on their lives, choices, and values. What’s more, they interpreted the words “I don’t think violence is ever justified” to mean that people would not be open to hearing from them, and would automatically dismiss their experiences.

Of course, no one who spoke at that Coffee Talk meant to send that message. And there is absolutely nothing wrong with anyone there honestly stating their beliefs about violence. That  sharing is the whole point of Coffee Talk. I’m sharing this to illustrate how our natural biases can lead two people to interpret even the same words very differently, and how easily that can build barriers and break trust without us even realizing it.

Honestly, I don’t have a solution for that barrier yet, other than encouraging all of us in the FāVS community to challenge our assumptions more, and let us know if something makes you feel alienated, or if you see a different interpretation we don’t. I’m grateful that some people who didn’t feel comfortable at Coffee Talk came to Pub Talk or reached out to us via email to tell us how they felt. I hope that during this month’s Coffee Talk and Pub Talk, I can hear from more people about what barriers they’ve experienced.

And I hope that we can find ways — individually and together — to chip away at those barriers.

Join SpokaneFAVS for a Coffee Talk forum on “Dialoguing Through Our Differences” at 10 a.m., Jan. 2 at Indaba Coffee, 1425 W Broadway. Hutchison Hartley is a panelist.

And that is how I think of Father’s Day. Mother’s Day, too. Yes, they are manufactured holidays. But they also are a celebration of linear family.