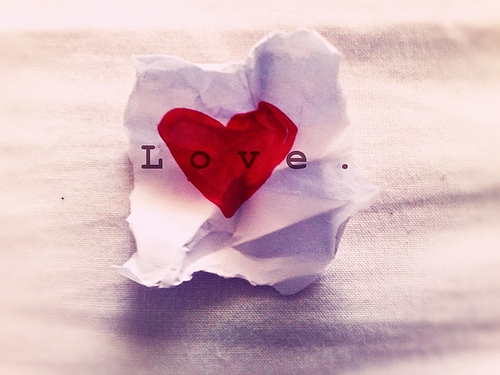 3 things Christians should learn from the world

1. Never assume, because you are a Christian, that people know you love them. 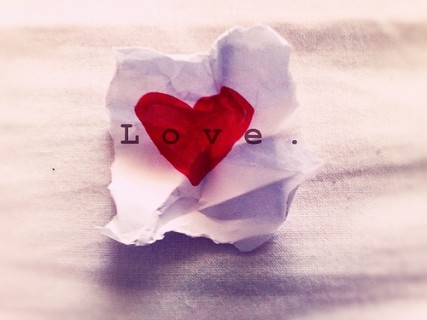 I mention this one first because it’s been at the front of my mind for some time now.  I think we as Christians have slipped into this mindset, that because people know we’re followers of Jesus Christ, because they see us at church, and because we purport to be selfless people, that all of our friends and family should know that we love them.  Honestly, I don’t think that could be farther from the truth. If anything, we should be striving to exhibit our love for others over and over, day after day. It should never be something that we feel is implied or “people should just know.” I think this gets mixed up with our theology because we’re always reading or hearing about how much God loves us, that we feel like we’re living examples of the transitive property. God loves me, God loves C, therefore, I love C.  God loves everyone on an individual basis but there are many like myself who don’t come to believe or feel something because we read about it. I myself struggle with God’s love because I don’t see it actually happening in my life very often. I know it’s there, but I don’t feel like it’s there, and I know I’m not the only one that thinks this way. However, there are many people that I’ve met who aren’t Christians that don’t seem to have this problem because there are no preconceived notions with them. They know you love them by how much time and energy you invest in them, not to mention material goods.  And you know they love you in the very same way because honestly, it’s the only way in which they can communicate their love. There is no spiritual nurturing with them, only pure human to human contact, which I honestly believe is the best way in which Christ works through us to touch other’s lives.

2. Don’t just show your love through words, show it through your resources.

And now for something completely different. You’re probably thinking, “But Eli, you just told me that human to human contact is most important.” You’re right, I did. But that’s not the only way in which to communicate. I think we as Christians have conceived this over-utopian idea that because we’re the Body of Christ that we can serve needs that others can’t meet. I believe this is true to a degree, but it can’t be our only method of service. Being there for someone in a dark time is wonderful and a huge blessing (trust me, we appreciate it), but people don’t just want to hear words of comfort. We want to see actions done on our behalf, because in our darkest hours, words mean very little. When a person spends most of his day talking to himself and trying to convince their inner man or woman that their life is worthless, the most helpful thing isn’t to hear the complete opposite. If it were that easy, depression would go away with four magic words, “It’s not that bad.” But I can tell you from firsthand experience, that doesn’t ever happen. Instead what people want is for others to go out of their way to serve them. I know this sounds a tad bit selfish, and that’s exactly what they need. People devoid of love don’t really care for themselves because they don’t see anyone else caring either. They can’t just manifest intrinsic value for themselves, they need to see that other people value them so they can actually start to believe they have some worth for once in their life. So instead of whispering sweet-nothings into their ears, maybe next time try taking your friend or family member in need out to eat, or ask them to come over and watch a movie. You don’t have to buy them a car, just use things that you’ve been given to show that you not only want to spend time with them, but you also want to spend your resources on them. That means a whole lot.

3. Do not mistake silence for forgiveness.

This, in my opinion, is one of the most significant problems in the realm of Christianity. However, the only finger I’m going to point is at myself. I have had grace upon grace poured out upon my life, to the point where I cannot help but believe that I am forgiven for my sins through Jesus Christ. This leads me to have the kind of personality to where if I am harmed or offended by another person, I am going to try my absolute hardest to not bring it to their attention. That’s just the kind of person that I am. I’m not glorifying this mentality either, because this has led to a lot of unresolved pain in my life. I want so badly to not hold things against other people and I want so badly to have the kind of forgiveness that God has for each and every one of us, but that just isn’t possible. I think that as Christians, we have developed a notion that if we silently forgive those who trespass against us, that it is in some way or fashion more “holy” or “godly.” I’m not talking about forgetting to do the dishes or leaving a mess in someone else’s house, I’m talking about serious infractions that cause even a moderate amount of emotional pain. At some point, and where this line is I do not precisely know, but at some point, it is more harmful to passively forget wounds (notice my lack of forgiveness)  caused by others than it is to bring it to their attention and ask for an apology. This isn’t even a Christian thing, but it’s an American faux pas that is ingrained in our culture. We cannot be afraid of conflict or confrontation any longer. You are not doing anyone any favors by neglecting to bring up their wrong actions to their attention.  Again, use some discretion when doing this. Don’t jump down someone’s throat for what is effectively inconsequential. But definitely don’t let yourself be hurt by someone and then let them go without that knowledge, especially because typically, they don’t even realize that they’ve harmed you in the first place. Silence in place of vocalized forgiveness is not a win/lose for both parties, it is a lose/lose because not only are you hurting without an apology, but the offender has no idea how to amend their behavior in the future which can only cause more harm.  So do everyone a favor and confront serious issues. It hurts in the present, but heals in the future.

Eli Sowry was born and raised in Southwest Ohio and spent the first 18 years of his life there. Today he is a student at Moody Bible Institute-Spokane where he is pursuing a Bachelor of Science in biblical studies with a minor in psychology.