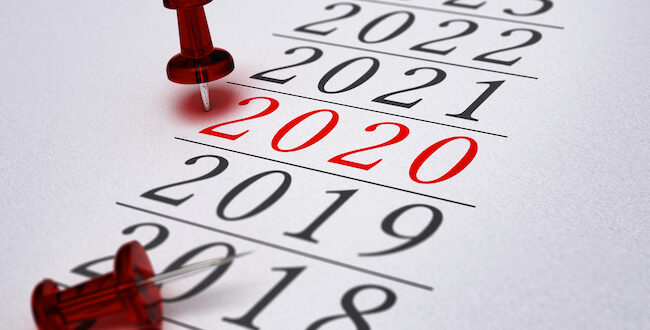 Yes, 2020 is a very, very bad year. But the fault is not in the year. A calendar year has no human qualities, no malice, no intent, no concerns. It just is. We may curse the year, we may hope 2021 will be better for all of us, but we cannot blame the year.

For the woes we are currently experiencing, the blame is on us.

Dysfunctional government: Our problem. If the people we elected to office are unable to do their jobs, adhering to classic principles of collaboration and compromise in service to the public, then it is our fault for electing them. We also have the power to throw them out though we rarely do so.

Horrific election cycle: Our fault. Election finance reforms enacted after Watergate have been revoked. The Supreme Court opened the door to massive corporate and Super PAC election financing. It may have started with the LBJ “daisy” commercial that connected Barry Goldwater to mushroom clouds. But a candidate’s campaign is no longer about articulating policy positions. No, it is about painting the other guy as worse than you. The spirit of public service that fueled so many great political careers has given way to the self-interest of candidates who would run for dog catcher if that were the only office on the ballot.

COVID-19: We did not create the virus, but the failed response is all on us. There has been no national strategy and we can point the finger of blame at the president and his Twitter-fueled administration. But state and local response has been all over the map, too, meaning the deadly virus can move freely from one jurisdiction to another. Health workers have struggled to obtain the most basic equipment and protective gear. The economy is in trouble because we failed to follow recommendations of scientists and epidemiologists. How did we let wearing a mask become a test of manhood? Selfishness in the face of a deadly pandemic is our fault.

Natural disasters: We have experienced wildfires, floods, tornadoes, and hurricanes of nearly unprecedented power and frequency. That is climate change in action – human-caused climate change that scientists began talking about 50 years ago and to which our response has been uninterrupted magical thinking. President Trump, the magical-thinker-in-chief, says he will end California wildfires if re-elected though he was ready to deny the state much-needed disaster relief in the interim. Is he going to rake forest floors himself? Naturally, he will continue to pretend climate is not a factor.

Racial divisions: Systemic racism, including economic inequality, police brutality, educational and political discrimination, has roots going back to the 17th Century when African slaves were first brought to North America. That we have allowed those problems to remain largely unaddressed is on us, all of us. Through inattention and inaction, we have allowed white supremacy (and anti-Semitism) to lay dormant for short periods of time, only to re-emerge periodically, and now with wink-and-a-nod support from the President and his most damnable allies.

Fake news: The real news, produced by real journalists with an ethical obligation to real fairness and real truth, is still out there. That there is so much less of it is our fault. We have let social media become our news media, turning over to friends, family and Russian trolls (oh, and Fox News), responsibility for delivering the real fake news, what Kellyanne Conway once called “alternative facts.” Refusal to believe facts that contradict our deeply held beliefs is a human quality, sadly, and so our problem.

Murder hornets: Admittedly, a lesser issue unless they go about murdering every honeybee in North America, dooming us all. President Trump’s fault? No. Our fault? No. But let’s face it, murder hornets are the frosting on the crap cake we have been served in 2020.

The above list is a true litany of horror and it is by no means complete. But remedies remain in our hands. If we do not like 2020, we can work to make 2021 better.

We can make smarter electoral decisions, valuing thoughtfulness over volume, public spiritedness over narcissism. We can wake up leadership to the effects of human-caused climate change though it may be too late to avert some of the worst outcomes. We can talk about racism and racial equality and have the conversations that should be happening in our communities but are not.

And for God’s sake, we can all wear flippin’ masks.