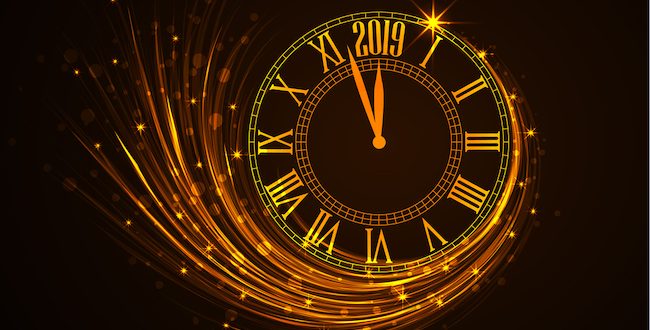 I’ve never had much enthusiasm for the New Year’s celebration. Only one year do I have an exciting memory: coming out of the IRT subway at Times Square into a mass of inebriated flesh and hearing the multiple epics of noise as all sorts of balls descended. But this year may be my last; will my body take another year and hold up for another? New Year’s Eve, for most of us, is not even a seasonally conditioned celebration like one of the solstices or equinoxes — completely an accident of human mismanagement of accounting for time. How could any of us be so presumptuous as to claim it a religious holiday? Yet, this year, after mid-term elections, I heard Jeremiah, Second Isaiah, Lamentations, Hosea, and Micha calling me: “So the old dies and things are still messed up. Our evil shows itself like an over eager prostitute.” Buck up, Tom, let go of the old exploitive, unjust ways, repent and transform. And keep dancing with Shiva. Admit the joy to your pain, of the death of every instance and speaking poetically, every hope of rebirth.

Let us celebrate death, for it makes room for something better. I’m thinking of three categories of death: first the mega-power accumulation we use to call Armageddon – what we assuredly face as the massive climate and biological changes we have so selfishly caused in order to advance our high-faulting estimations of ourselves – the uber whites, the wealth facilitated by massive, childish accumulation. Big piles of corpses. At one time avoidable, but with our addictions rapidly becoming unavoidable. Then, again,  we have our own personal bodily deaths, our breathing life’s end, we go out of our ways to avoid. The Abrahamic religions are expert in trying to avoid this death. Yet, many of us are condemned by the hierarchy to execution, yet able to dance to it with humility for we, with this death, are marrying God.

Finally there is the most common form of death, that of everyday disappointments, the failure of our best laid plans, our hope. Too often we face these deaths, so common, with a deepened descent into our addictions: drugs, prideful religion, nationalism, endless war, ageism sexism and classism. We avoid facing these deaths everyday, often through economic exploitation of others, racism, and seeking false security.

Walter Brueggemann, an expert on the Old Testament prophets, when discussing the prophets in his latest book, “Reality, Grief, and Hope,” uses for examples all three of these deaths.

Discussing Jeremiah and Isaiah he describes three stages of prophetic action. All three are necessary for the faithful to engage in transformation. If not, disaster usually happens. By using the example of the 8th century BCE destruction of the Jerusalem temple he is able to make the process clear. First, we realize our action is not successful. Usually we try the same thing harder, resulting in worse outcomes. We engage in even more addictive behaviors. Better outcomes result only when we see the failure and revise the action to conform to more humane and moral processes. This transformation often starts with our feeling grief: we’re failing. Let’s try a better, more humane way. To realize this new action takes a re-assertion of hope, sometimes called prayer. It best is an active prayer, not an asking some ontologically all powerful Being to do our work but our own assumption of our responsibility to do the work ourselves. Active prayer, expressed through hopeful and humane work are necessary if we are to cease our hopeless addictive behaviors. As such, we become the holy body, the only way God becomes incarnate.

A good example of how we short change our response to any of these deaths through cowardly and narcissistic responses is found in J.M. Coetzee’s novel, “Waiting for the Barbarians,” a vivid description of the failure of empire to humanely colonize an aboriginal traditional culture for the benefit of the power of rulers over others with the use of torture. The protagonist is brought down because he will not play the rulers’ deadly games. Even when the rulers have to retreat in defeat, there is the foreboding of continued injustice ridden history. The three prophetic stages are hinted at, but because of continued grieving of the human failure, the novel ends with an ineluctable shadow of continuing failure:

“It may be true that the world as it stands is no illusion, no evil dream of a night. It may be that we wake up to ineluctably, that we can neither forget it nor dispense with it. But I find it as hard as ever to believe that the end is near. … To each his own most fitting end. … To the last we will have learned nothing. In all of us, deep down, there seems to be something granite and unteachable. No one truly believes, despite the hysteria in the streets, that the world of tranquil certainties we are born into is about to be extinguished. No one can accept that an imperial army has been annihilated by men with bows and arrows and rusty old guns…. And who am I to jeer at life-giving illusions? Is there any better way to pass these last days than in dreaming of a savior with a sword who will scatter the enemy hosts and forgive us the errors that have been committed by others in our name and grant us a second chance to build our earthly paradise?”

The failing reality is not fully seen, much less admitted and owned. Something granite in us keeps us from grieving. Consequently, our hopes, our prayers, are nor realized and remain ineffectual over the long run. There may be momentary amelioration, as there usually is after indulging in false and temporary, usually addictive, solutions. Seeing and admitting fully our failures would cause us great grief. We need to lament, confessing our faults. Maybe we can then work through our grief and start voicing hope, allowing ourselves to undertake hopeful actions. May we let justice flow down like a river. May we all become neighbors, none better than the other.

Here is the axiom basic to our ability to have values: everything is equal. I am no better than anything else. Thus the golden rule and the frightening notion that we must love our enemies. I’ve found very valuable a number of corollaries. My favorite helps me find humility: Everything bad that I think of someone else is true of myself in some way.  Thank those who offer you criticism. And it’s OK to have big ears and a small tongue. And watch the animals and trees – they’re usually much more balanced morally than you’ll ever hope to be. Sit by that river and seek grief and healing hope in your tears.

Previous A community vigil, fighting Islamophobia and our “Ask” features were some of the top FāVS stories of 2018
Next Want To Change the World in 2019? Set Down Your Tamborine