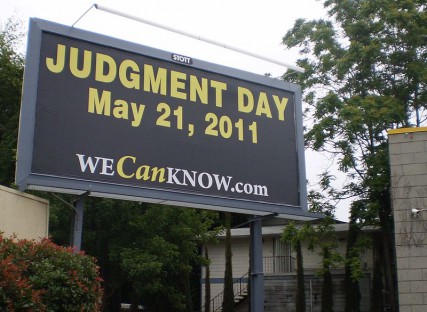 2011 was supposed to be the year the world ended. Twice.

www.tracy-simmons.com
Previous Looking at immigration from a biblical perspective
Next Om Ananda Atman (a blog about meditation)