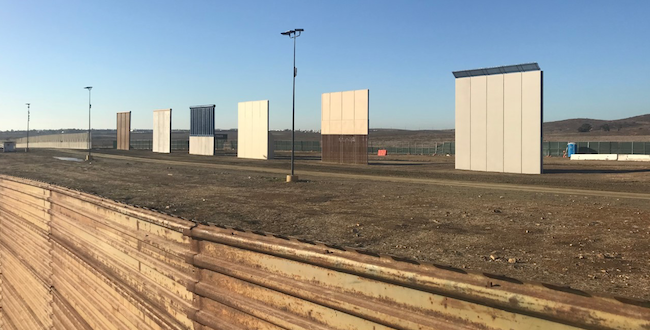 2 Communities Mended Through a Wall

2 Communities Mended Through a Wall

In January I was given the opportunity to travel to Nogales, Arizona and walk into Nogales Sonora, Mexico. Two cities that I was unaware of prior to this school year; two cities that are mended as one, while being separated by the wall.

It is a border city that is looked over by the Customs and Borders Protection, who fulfills the duty of Title 42.

The narrative of migration has been overwritten to take away the beauty of entwining migration as a way of life. Within the United States, the fears instilled on the population towards immigration has caused the growing sprout of dehumanizing individuals who are seeking a way to provide life for themselves and/or for the ones they love.

In cities along the border, such as Nogales; the opportunity to provide a future is blocked through the barriers of injustices held down by policies that are taking away from the humanitarian rights of the people seeking safety.

Through this experience, I’ve learned only a sliver of the complex system of the process and reality of immigration at the border.

We attended sessions in understanding the legal proceedings, the reality of incarceration, the environmental impacts, and the opportunity to hear from the experiences of migrant parents.

Yet I still find myself jumbling all the information together.

In trying to understand immigration, I’ve come to conclusion that it is a complex system that is expected to be navigated by people who don’t have a full understanding of the American system.

There is a miscommunication of what immigration really looks like, and that’s because the narrative is written through the voices of dominant, traditional, privileged individuals.

Due to the power of the individuals in our government, the humanizing of these communities is disregarded, and their communities are the ones to blame for all the “conflict” that the U.S believes it has with immigration.

The way of migration has always been a part of a human’s way of life.

The migration from the Southern Border became a complicated system through the fear that was instilled into the community; it became a way of militarization. Enforcement at the border had caused a multitude of changes that disrupted a natural way of living – circular migration.

In this podcast, it is explained how the publics focus turned to “America’s Immigration Crisis” from General Chapman’s Last Stand.

Looking back at the two communities that I had the opportunity to visit, the movement of life that is happening is visual representation of how the border is not only a place of death, but a place of life.

There are kids traveling back and forth from the two countries for education, there are family members bringing back groceries, there is the Kino Border Initiative that provides shelter and support for migrants.

There are people fighting a battle every day along the border cities until they are given the opportunity of asylum.

Previous What Can I Do For You?
Next Why We Need To Start Paying Attention To The Ukrainian Crisis