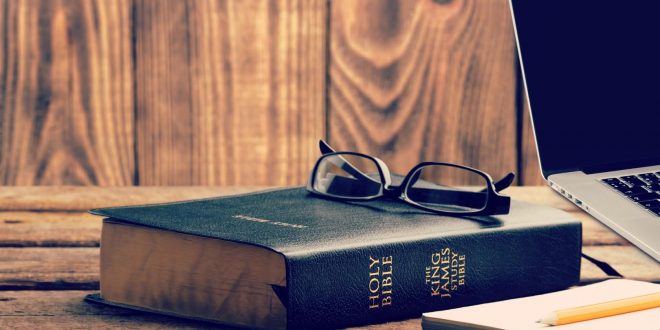 11 Christian Businesses and Companies That Have Great Values

Many people these days say that religion and business don’t mix. Public opinion denounces companies that are overtly religious.

Yet, many faith-based companies do it anyway. Read on to learn about 11 Christian businesses that remain successful while promoting their Christian-based values.

Chick-fil-A is the largest chicken American fast food restaurant chain. Their headquarters are in College Park, Georgia. You may have enjoyed a few Chick-fil-A nuggets in your time.

But did you know that the founder, Truett Cathy was a devout Southern Baptist? Chick-fil-A has come a long way since it’s opening in 1946 in Hapeville, Georgia.

Yet, even with the company’s massive growth, the organization has continued the founder’s religious practice of being closed on Sundays.

It’s incredible to see that a company has been able to have enormous success while making a choice that many would consider foolish.

After all, the company is losing out on a full day of revenue each week. But as we know, god’s ways are not man’s ways.

The current COO and founder’s son, Dan Cathy sparked some controversy when he made the following comment: “We are very much supportive of the family — the biblical definition of the family unit.” He did not revoke his stance when later interviewed on the Ken Coleman Show.

If you’ve ever stayed at the Marriott during your travels you may have found a Bible and a Book of Mormon in your room.

That is common practice in Marriott hotels since the days of John Willard Marriott, the hotel chain founder. Marriott was a devout member of The Church of Jesus Christ of Latter-Day Saints.

Thought Marriott passed away in 1985, his family-run hotel chain continues to uphold its religious values to this day.

Several years ago, the company announced that it will no longer offer pay-per-view pornography in its hotel rooms.

After a successful career in boxing, George Foreman switched gears and started up a line of low-fat, indoor grills. Forman says that his religion and integrity guide him in his business decisions.

For example, Foreman does not invest in products or sellers that promote the drinking of alcohol.

Foreman is a minister and founder of the Church of the Lord Jesus Christ.

Hobby Lobby is an arts-and-crafts chain with over 500 stores across the country. Hobby Lobby is one of many Christian companies that doesn’t hide their religious beliefs.

The company’s mission statement reads, “Honoring the Lord in all we do by operating the company in a manner consistent with biblical principles.”

Since 1997, the company pays for full-page religious ads in the papers they advertise in during religious holidays like Easter and Christmas.

The company tried to sue the government over a government mandate requiring that they cover emergency contraception for employees. Their suit was unsuccessful and received some negative backlash.

Curves gyms are well-know across America as a women-only space for exercising. In fact, the company is the largest fitness center franchise in the world.

What people don’t commonly know is that the founder, Gary Heavin, is an outspoken born-again Christian.

Heavin’s early life wasn’t easy. His mother died in her sleep when he was 13 and had two younger siblings. Living with his father and step-mother wasn’t ideal.

By 26, he had six health clubs and was a happy millionaire. But four years later, he was bankrupt. It wasn’t until he hit that low point that he turned to God.

He prayed and told God that moving forward he would dedicate his life to doing God’s will and building his life upon God’s word.

Then in 1992, Gary and his wife Diane opened the first Curves fitness center in Texas. The rest is history.

The Heavins cherish the simple pleasures of family life and make sure they never take Gods abundant blessings for granted.

You may love the Californian In-N-Out chain for the fresh ingredients and special menu. And you probably noticed the Bible passages on the wrappers, containers, and cups that come with your order.

There are many of these companies with Godly values that don’t hide their faith. Though the company doesn’t address religion or the basis of these pages on their website, it was the founders’ son, Richard Snyder that instituted the practice.

He just wanted to include Bible verses on the products, and so his dad agreed.

One of the biggest names in online dating and matchmaking is eHarmony. Co-founder, Dr. Neil Clark Warren, is an evangelical Christian theologian with a large following.

He helped create the site in 2000. The company has continued to operate promoting Christian values and principles, especially marriage.

In fact, 525 people get married daily thanks to eHarmony.

If you work at Carl Jr’s, you’re sure to start your day off right. All meetings at this popular fast-food chain start with a prayer and the Pledge of Allegiance. Clearly, this is one of the best Christian companies to work for!

Founder, Carl Karcher, was a committed Catholic and started the prayer and Pledge practice which continues still. The company’s current CEO, Andy Puzder, was a close friend of Karcher and shares the same religious convictions.

Forever 21 is a trendy, clothing and accessory store popular with millennials. At the bottom of every shopping bag, you’ll find the words from John 3:16.

Yes, it’s a subtle gesture, but one that reflects the values of the owners’ faith and clearly identifies itself as one of many Christian based companies.

According to reports, the company keeps Bibles at headquarters. The founders, Do Won Chang, and Jin Sook, told CNN “I hoped others would learn of God’s love. So that’s why I put the scripture on the bags.”

Tyson Foods, Inc is the world’s largest chicken company. And this is one of the Christian businesses that go above and beyond for its employees. Tyson keeps a team of chaplains on the payroll!

Tyson Foods’ chaplaincy program began in 2000, and provides compassionate pastoral care to team members and their families, regardless of their religious affiliation or beliefs.

The chaplains minister to both blue and white collared employees at both corporate offices as well as production facilities.

In addition, Tyson Foods strives to operate with integrity and trust. It strives to be faith-friendly, provide a safe work environment, and serve as stewards of the animals, land, and environment entrusted to it.

As you can imagine, Dave Thomas, the founder of Wendy’s was a simple, humble man.

His values were so important to him that he made sure to build them into the foundation of his business.

His five key values include, “do the right thing,” “treat people with respect,” and “giving back.”

Thanks for taking the time to read this list of Christian businesses. We hope this article has inspired you and bolstered your faith.

As you can see, you don’t have to abandon what you believe in to be impactful and successful.

Keep coming back to read more religious news and commentary.

Previous Christopher Yuan, author of “Holy Sexuality and the Gospel,” Comes to Spokane for Path of Life Fall Event
Next NAACP Conference to celebrate Spokane branch’s 100 years and encourage voting