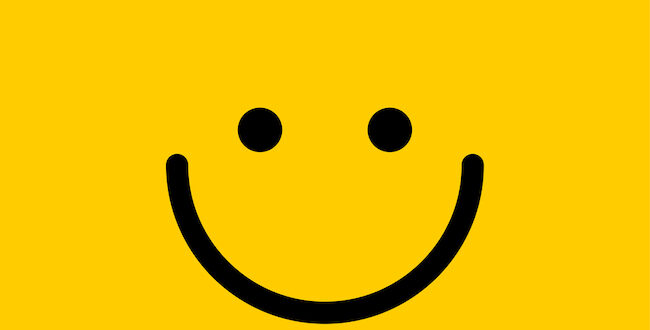 Who’s Happy, and Why?

Who’s Happy, and Why?

I was often happy as a kid, but as I grew up I more often felt good about feeling gloomy. I loved profoundly depressing literature. Surely those who were happy were shallow.

As an adult when I looked for a job I avoided places like California where people were reported to be happy. When I landed in the Northwest, it was really unsettling to see so many happy faces. (I soon discovered that behind the smiles lurked many a woe.)

Some of my gloom I credit to my Lutheran upbringing. Such a wide swamp of guilt in which to wallow.

How surprising, then, to learn that according to the annual World Happiness Report, most of the happiest countries in the world are Scandinavian and thus have Lutheran roots.

Perhaps the happiness of Scandinavians comes from their having largely severed these roots. Most just go to church for baptisms, confirmations, weddings, and burials, if at all. Many are proud atheists. They seem to embrace a secular rather than a religious outlook.

However, my brother, a retired Lutheran pastor who knows much more about Lutheran theology than I do, thinks that this theology may have laid a foundation for happiness by promoting the view that governments should do God’s will  by caring for all the people. For this to happen, the people must trust the government and be willing to pay high taxes. Scandinavians have both the trust and the willingness and so enjoy a strong safety net which leads to happiness. Some would call this Socialism. My brother says it’s Lutheranism.

America is way down in the happy country list. Too little trust? Not enough taxes to support the general welfare? Too many guns? Too much individualism?

In the wonderful documentary “Mission  Joy:  Finding Happiness in Troubled Times” about the friendship between the late Archbishop Desmond Tutu and His Holiness the Dalai Lama,  Archbishop Tutu posits that the “pursuit of happiness” heralded in America’s Declaration of Independence as an “unalienable right” might actually lead to unhappiness.  If people pursue happiness for themselves, they may never find it. Only a life of compassion for and service to others, of giving rather than taking, provides contentment.

The documentary reveals the Dalai Lama’s deep interest in science, and specifically in scientific studies of happiness. Via Google, one can find whole university courses devoted to the Science of Happiness, a number of which confirm the view that commitment to the happiness of others fosters one’s own happiness.

The Science of Happiness is rooted and reflected in Positive Psychology, an optimistic branch of psychology that developed in the latter-20th century in reaction to the predominately pessimistic Freudian branch. Positive Psychology holds that people do best if we emphasize their strengths and what can make them happy.

One of the founders of Positive Psychology is Harvard Medical School professor George Vaillant who conducted a 60-year long study of Harvard graduates that indicated that hope and a sense of purpose were essential to happiness. In two books, “Spiritual Evolution: A Scientific Defense of Faith” and “Heaven of My Mind,” Vaillant argues that religious beliefs could play a role in making us more joyful.

While happiness and joy are generally seen as synonyms, Valliant distinguished between them.  “Happiness displaces pain,” he says, “joy embraces it.” “Joy, unlike happiness, is not all about me—joy is connection,” asserts Vaillant.  The connection may be to family, friends, community, or something/someone Other.  “The most dramatic spiritual experience,” he claims, “is joy.” (For Vaillant quotes, see this article.)

As I mentioned at the outset, I was often a happy kid. I also had moments of joyous connection. One came when I was 6 or 7. I was sitting at the kitchen table around sunset, gazing at the final pages of “The Little Engine That Could.” I know I was supposed to be admiring what the Little Engine accomplished with its can-do attitude, but what caught my attention was how the blue and pink sky in the illustration came all the way down to earth. Since I had always drawn the sky as a blue line a few blank inches above my trees and stick figures, I had my doubts about the book’s drawing. So I ran outside to check. Lo, it was so!

The sky shimmered with colors down to the ground, and I joyfully stood in the midst of it all.

Previous The Afterlife: The Problem With The Term “Afterlife”
Next Benefits for Seniors to Get Involved In Church