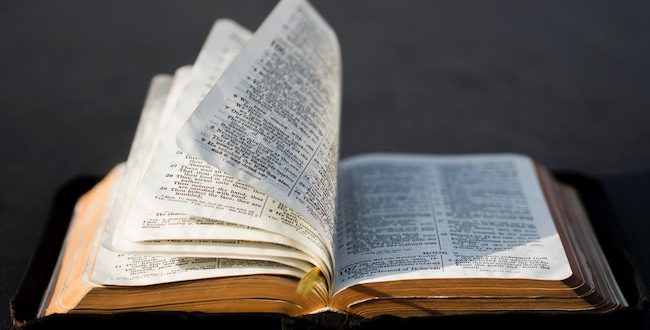  The Bible, the Fetus, and Abortion

The Bible, the Fetus, and Abortion

Bible scholars attempt to ferret out the ancient meanings of the Bible just as conservative jurists have sought the original sources of the Constitution. Many Christians hold that the Bible is inerrant and without fault in all its teachings, but those who believe in a “living” Bible or “living” Constitution assert that these documents must be interpreted according to inclusive values rather than those of a patriarchal and misogynistic culture.

A common biblical justification of outlawing abortion is the claim that all of us are created in the image of God. Those who study ancient Near Eastern languages have concluded that the biblical authors used this phrase in the sense that Adam has sovereignty over the world.

The Apostle Paul agrees: the “new Adam” Christ rules the world as the image of God, but all others were born in “the image of the man of dust” (1 Cor. 15:49, RSV). Earlier Paul extends the image of God to males only: “man is the image and glory of God; but woman is the glory of man” (1 Cor. 11:7). Moscow’s Christ Church must appreciate this verse very much.

Liberal Christians are not tied to original or literal interpretations, so they can choose any number of inclusive definitions of the image of God. Writers at Christianity.com assert (without biblical reference) that it means “rational understanding, creative liberty, and the capacity for self-actualization.” This is a modern understanding of the self not a Hebrew one.

Many Christians would argue that only humans have souls, but there are hundreds of biblical references indicating that animals also have souls (nephesh). They were infused with God’s divine breath (neshamah), just as Adam was. This led many ancient Jewish authorities to assert that the fetus becomes a person when it takes its first breath.

Yet another biblical argument is the Commandment “Thou shalt not kill,” but it appears that women, girls, and boys are property rather than persons. This is clear from Leviticus: “If the child be from a month old even unto 5 years old, then thy estimation shall be of the male five shekels of silver, and for the female thy estimation shall be three shekels of silver” (27:6). This verse and others are perhaps the reason a Christian father in pre-Norman England could “lawfully kill any of his children ‘who had not yet tasted food.’”

When we think of a census, we assume that all persons will be counted, including women and girls. But Numbers states: “Take a census of the whole Israelite community by their clans and families, listing every man by name, one by one” (1:2). Later in the chapter the census is extended to “every male a month old or more” (3:15). No value is placed on the fetus or newborn.

An ambiguous passage in Exodus is frequently quoted to support the rights of the fetus (21:22-23), but it is to no avail. The context is a pregnant woman who miscarries because of men who are fighting. In the Rabbinic Targum, ancient Jews made it clear that if the fetus is injured, then the husband receives money from a judge’s decision, but “if death befalls the woman,” then the killer gets “life for life.”

Yet another verse used to support the “pro-life” position is Psalms 139:16. The key word is “golem,” which is best translated as “unformed substance.” The Jewish tradition has always considered it a body without a soul. In the Jewish Talmud, Adam was considered a golem before God infused his divine breath.

The “living” Constitution has been amended to abolish slavery, to give every person “due process” and “equal protection of the laws,” a woman’s right to vote, and finally, by law, citizenship to Native Americans. In order to distill the pure essence of the Gospel, Thomas Jefferson dramatically “amended” the New Testament by cutting out every reference to miracles, the divinity of Christ, and the Trinity.

I much prefer to leave the Bible as it is: a treasure trove of some of the best Near Eastern poetry, many morally uplifting stories, imperfect history, problematic theology, but most of all the inclusive ethics of Jesus.

Gier was coordinator of religious studies at the University of Idaho from 1980 to 2003. This column was adapted from his article on abortion at bit.ly/3ExwNUs. Email him at ngier006@gmail.com for discussion and more references.

Previous The Afterlife: Just Desserts — Here and Now? Or Hereafter? (Or…?)  
Next Denying History Through Book Bans