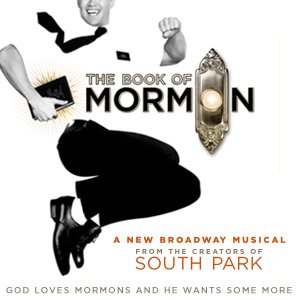 Why the Book of Mormon is worth seeing, and why I’m disappointed with local Mormon response 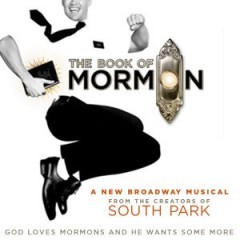 On Saturday, Mormons in the Spokane region were encouraged to flood social media with pictures, stories, and scriptures about our faith’s missionary work. It was coordinated by regional LDS leaders in response to buzz about the Book of Mormon musical coming to Spokane.  Teams even followed local missionaries and live tweeted their days (you can find these posts by searching for #mnmspokane on Twitter, Instagram, and Facebook). The campaign was a labor of love and I appreciate the prayerful work my brothers and sisters put into it.

At the same time, I was disappointed that our faith leaders decided this was the best way to engage with our neighbors about the musical. I’m all for using social media to build bridges — sharing what we find inspirational, and hoping others will listen and understand us better. But friends who saw the show told me that while we were flooding social media with scriptures, memes, and pictures of #realmormonmissionaries, we weren’t listening to what THEY had to say. Broadcasting a message is not the same thing as participating in meaningful conversations. Instead of talking with our neighbors, we were talking over them.

We’ve been doing it for a long time. For years, I’ve heard friends all over the country call the show “uplifting” and “inspiring” and “positive.” Overwhelmingly, they said it made them feel less judgmental and MORE tolerant of different faiths. But my Mormon friends kept calling the musical an attack on our faith. “We have to fight misconceptions about Mormons,” I heard repeatedly from people who hadn’t seen the show. “People need to know that the musical is wrong.  We have to take a stand so people don’t think we’re like the musical.”

Wait…. I thought. People need to know that we’re not uplifiting, inspiring and positive? Our defensiveness didn’t match my friend’s positive reactions.

I admit that I am not the most orthodox Mormon. Sure, I go to church every Sunday, teach Sunday School, have a temple recommend and know how to use it.  I am also an advocate for intersectional feminism and LGBT rights — both in and out of the church. My parents  encouraged me to embrace controversy and wrestle with the contradictions — even in the darkest parts of Mormon history.  They taught me to seek after “anything virtuous, lovely, of good report, or praiseworthy” as our 13th Article of Faith demands.

The musical was obviously of good report and praiseworthy to my friends.

So I bought tickets.

And I laughed so hard it’s a miracle I didn’t sprain anything.

I love it. I was shocked. I was moved. It was weirdly therapeutic to sit in a theater with hundreds of people listening to some of the most embarrassing, odd and speculative parts of Mormon doctrine described humorously out in the open — the stuff Mormons rarely discuss even with each other. And as I walked back to my car, people around me weren’t talking about how weird Mormons are. Nope — they were having lively conversations about religious tolerance, faith, and missionary work in extreme poverty. Spokane is full of intelligent, thoughtful people, and I was most definitely uplifted listening to them that night.

Yes, the musical is extreme, irreverent, and profane. It’s true satire, full of blatant and purposeful caricatures of Utah Mormons, Ugandans, warlords, Genghis Khan, and even Johnnie Cochran. At one point, Hell is seen as full of dancing Starbucks cups. Darth Vader, Uhura, Jesus, Frodo, and Joseph Smith appear together in one song. Documentary it definitely ain’t, folks. But it’s also a moving story of faith, doubt, forgiveness, why new religions are born, and why they both hurt and help people.  That’s what good satire does — uses irony, exaggeration, and sarcasm to help us understand human nature. That’s why I loved it.

And that’s why it makes Mormons defensive, too. We have an intense cultural memory of violence, murder, conflict, and having everything from our sacred rituals to our underwear ridiculed. It’s natural that we want to protect what we love from perceived attacks. But that same reflex to protect what we love usually looks like an overreaction to others. It builds unnecessary walls between us and our neighbors.

Overwhelmingly, people walk out of The Book of Mormon Musical feeling uplifted, entertained, and thinking about how they shouldn’t write off someone’s religion just because it sounds a little weird. The audience watched how early Mormons’ beliefs helped them cope with murder, war, and exodus. They saw how faith helped a fictional village in Uganda find hope and strength to face poverty, warlords, female genital mutilation, and AIDS. It’s a story about how faith and forgiveness help people cope with life – inappropriate, messy, horrific, brutal, violent, traumatic LIFE.

Yet I watched this frustrating pattern play out again and again:

Them: Hey – I just saw The Book of Mormon Musical. It was hilarious and I was surprised at how uplifting it was.

Us: Real Mormons are nothing like in the musical.

Them: Yeah… I know. It was just really funny and I loved what it said about using religion to help people.

Us: People have a lot of misconceptions about the church. I just hope that no one thinks it’s realistic.

Them: Uh, I don’t think you have to worry about that. I really loved the part when-

Us: I just hope people who see the musical try to have conversations with REAL Mormons.

And just like that, we shut down opportunities for meaningful conversations with our neighbors before they even start.

I hope that the next time the musical rolls into town, we will spend less time worrying about others’ misconceptions and more time challenging our own. I hope we’ll share fewer memes and ask more questions, like

“How did it make you feel?”

“What was your favorite part?”

“You said it was inspiring. Tell me more.”

And I hope that all of us — whatever our faith or philosophy — will be brave enough to just listen.

Previous God and Evolution: A Response to Greta Christina
Next Pope Francis hints he might one day retire