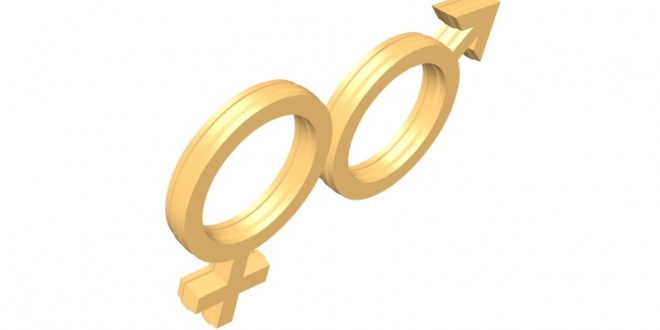 Why God? Why not Goddess?

My aunt’s impeccable penmanship screamed, Julia! Are you out of your mind? I am a bride of Christ. I am married to God. There is no way I married a woman!

What provoked that reaction was, me in my early 20’s in the mid-80’s, fearlessly questioning the teachings of the Catholic Church — my spiritual home. I had written my beloved aunt, a Catholic nun — a Sister of Mercy, to tell her I no longer saw the personified God-Father of my youth as male. I saw her as Goddess. This shift, albeit an opposing personification, enabled me to see myself, for the first time, directly connected to divinity. Although the exploration of metaphor and symbols would be a few years away, the revelation that God could be different from what I was taught, could not be contained. So, I wrote my aunt detailing just how spiritually clever was I becoming.

Ah, youth. Her scolding response came as a spiritual slap I never expected. From her incontrovertible point of view, God was male. Her letter detailed becoming a nun, taking her vows, and marrying God. She even reminded me of her thin gold wedding band, of nearly 50 years, as proof. She quoted dozens of lines from the Holy Bible indicating just how manly God the Father was. She also lectured me about the Holy Mother and if I wanted to worship someone divine and female, I needn’t look beyond Mary, the mother of God. Through a letter I can still hear her say, For Heaven’s sake, Julia!

I never meant to be disrespectful and my error in judgment, horrified. I wouldn’t have been able to articulate it at the time, but I was beginning to explore duality. I was also awakening to the illusion of separateness. So, why not personify God in the female to include me? My idea, however, completely opposed her whole way of life. Naturally, I apologized profusely. I learned my lesson to never discuss the matter again. She and I were devoted pen-pals until she died more than 10 years later. I still hold regret over that blunder.

Several years after the Goddess incident, the thought pestered like a buzzing gnat. I knew I needed to approach the topic with a little more finesse and my dad, also a devoted Catholic, was the lucky victim. I remember the conversation vividly. I was sitting in my art studio in Seattle and I blurted out, Dad, what’s the deal with all the male references to God? It hurts my feelings.

Pretty smooth, huh? My dad, the epitome of patience, said calmly, Honey, you know that’s just a reference. God is neither male nor female. The Bible even points that out to us. I know some people believe that God is strictly male but we use those pronouns to keep things simple.

I wasn’t buying it. I know Dad, I said, just hear me out. I shared the reasons I thought his explanation was too easy — too convenient. The thought that we only use male pronouns because that’s just the way it’s always been done, no longer inspired.

Dad. For a moment, picture the God you’ve always imagined. Every time you make a reference to God, imagine her female. Use only female pronouns and then tell me, honestly, whether that doesn’t shift something in your mind. We keep saying that it doesn’t matter but I think it does. I think it matters a lot.

My dad was quiet. I could hear him taking a long drag on his cigarette followed by a slow thoughtful exhale. Huh. You’re right. When I think of prayers and I insert Goddess and corresponding pronouns, it doesn’t sound the same. It doesn’t feel the same. I’m really going to have to think about this.

Victory! Nothing like one’s Dad giving validation. From that moment on, I dropped God and all his maleness. What is infinite and Divine was going to be female—a Goddess, within whom I could see myself. Now you may think that spiritually immature and I wouldn’t argue. I know I’m trading one personification for another. I know there’s a balance between God and Goddess and my point of view disrupts that harmony. I know these are little words attempting to describe pure consciousness, which is beyond all attempts of illustration. I do this intentionally.

In fact, I can hear Joseph Campbell say, “God is an idea. God is a thought. But its reference transcends all thinking” (The Power of Myth with Bill Moyers). He also speaks to the problem of becoming stuck on the metaphor and symbol, while neglecting to understand its reference. Clinging to a metaphor is not something to which I aspire, but allowing myself to identify with a uniquely feminine symbol helps me to reach that transcendent reference.

I need this feminine bridge because the patriarchal system in which I was raised would have me believe that I was responsible for the spiritual downfall of humankind, rather than an essential partner in creating its divine life.

I’m glad a lot has changed and matured in the almost 30 years since my Goddess awakening first began. My dad is more comfortable using he/she interchangeably, although I rarely hear him use the word Goddess as a point of reference to the divine. I’m lenient because we’re talking about Dad, but I feel strongly that the Divine Feminine has played second fiddle and been in the shadow for too long. My intention is to talk about her. A lot. To bring her wisdom into the light, give her voice, and make her presence known as she is embodied in the modern-day woman.

It is time to re-implement feminine symbols and metaphors while creating new ones as we begin to stare into the crisis that is our declining earth mother. Her cycles and seasons are intimately connected to women. Her resilience and ability to adapt are empowering to women who, even now, still struggle for equality in virtually every aspect of their lives. The need for the full participation of women in all their Goddess glory is now. The time has come for loud and clear Goddess Speak TM.

Check back for part 2.