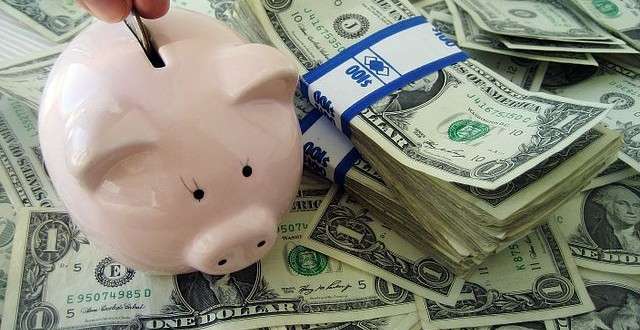 We’ve Fallen in Love with our Money

The outcomes are not good. Here are a few recent examples in my news feed:

Over in Seattle, a 1 percent-er named Nick Hanauer says the basic human need is not to be loved, it’s to be noticed.  He’s a sucker every time, he says. Why does he need a 400-foot boat? “Because there are other people with 300-foot boats.”

Average wages for working people haven’t gone up much since President Reagan. What have we given up to afford the new pleasures of cellphones, internet service, cable TV, Netflix, football jerseys, iPads for our children, televisions in the car, and $4 coffee?

We taxpayers will provide about $4 billion in federal aid to help homeless people this year, but we’ll spend nearly $60 billion on our pets.

How did the costs of auto accidents, cancer care, and oil spills get to be “good news” for the “economy.” How does $1.75 gas “threaten” it? The “economy” is not a thing. It’s an invented story, like Santa Claus, that the media tells us is important.

This doesn’t work for me.  My money didn’t make me happy, even when I had more than I needed. My high-paying work was really stressful. I had accomplishments, but not satisfaction. Money was not the root of all my evils, but it was a powerful distraction from addressing them.

When I’m mindful to my own needs and opportunities, I can better tune out the mind-control of advertising and my fear of lack. Only inside myself can I work out the cost/value questions of interpersonal money and security. Which of my many luxuries and conveniences does my soul-self really need? What would I take to my desert island?  What’s in my storehouse for future satisfaction and sustainability? Have I invested wisely in the resources I actually need?

My culture taught me that “providing for my family” meant a job-centered income stream that provided stability for the people I cared about. It took some hard lessons for me to discover that a successful “head of the family” role must also include time, energy, and emotional investments in my wife, children and relatives. The power of money, in the close confines of my family, is no substitute for the power of love.

Joel Osteen says God wants me to me wealthy. But Jesus says it’s really hard for a rich man to get into heaven. Buddhism suggests that wanting is the source of misery. Confucius says the superior man is distinguished from the inferior by his methods of creating wealth, and his ways of using it for the benefit of the community. Money must be important, because all the prophets and teachers talk about it. When I think of it as a tool, not a goal, I can escape my judgment about it.

My television assures me that at a certain casino “the fun never ends.” But I’ve been there to see what that looks like, and it’s not pretty.

Here are some of my attempts to learn about my money.

I like the idea “You Can Never Get Enough of What You Don’t Need,” as explained in Mary Ellen Edmunds’ book.

Every survey I’ve ever seen says that poor people give away a far larger percentage of their money than the wealthy.

Money, for us Americans, doesn’t buy health, wisdom, friends, satisfaction, harmony, safety, or generosity.  Let’s stop acting as if it will, eventually, if only we had more of it.

Join SpokaneFAVS for a discussion on “The Morality of Money” at the next Coffee Talk at 10 a.m., Feb. 7, at Indaba Coffee/The Book Parlor. Hancock is a panelist.