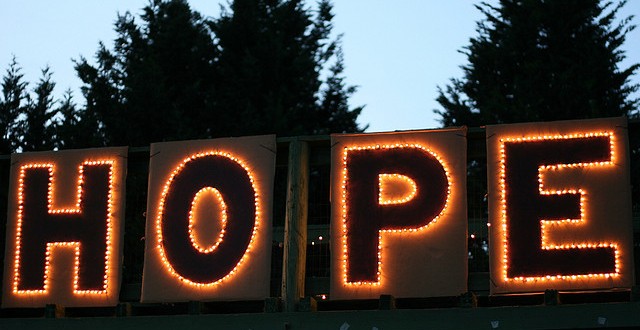 It has been a rough summer. Wars and rumors of wars have competed with one another for media exposure: Ukraine. ISIS. Boko Haram. Israelis vs. Palestinians. Strife within our own borders has also kept journalists busy: Ferguson. Child refugees. Political deadlock. Evolutionists vs. Creationists.

The latter especially speaks to a growing rift between those who seek truth via religion and those dedicated to the scientific method. Fundamentalist Christians want to protect their children from scientific theories that don’t fit their belief systems. Ivory Tower Intellectuals want to keep religion out of the schools.

It would appear that religion and science are at war with each other. As a Christian behavioral scientist, this both frustrates and saddens me. It frustrates me because this apparent war hides the truth that each method works with different types of data. Science is limited to the the physical that can be observed. I can’t scientifically prove or disprove the existence of God, because God is not a physical entity that can be observed. I can, however, determine whether religious beliefs are positively or negatively related to prejudice (answer: it’s complicated). Religion deals with the metaphysical and relies on prayer, worship, and careful study of the Scriptures for insight.

It also saddens me because both religion and science have methods that in their purest form can illuminate truth, and there is great joy in their respective process. Respect for and interest in both can bring clarity and understanding to the mystery of God’s creation, and both can lead to discoveries that have implications for social action.

Since the media have focused on the width of the median that separates these two institutions, I am going to provide an example from my own research that concentrates on the intersection:

For most of my career as a social psychologist, I have studied the emotion of hope. One empirical finding that emerges again and again is that people experience hope and optimism differently and under different circumstances. For example, hope can occur alongside fear and worry, but optimism cannot (the very nature of optimism is tied to the likelihood of a positive outcome). This is especially true when measuring how much someone is ‘hoping’ for something rather than how ‘hopeful’ they are. Hoping occurs when the chips are down, when the likelihood of a positive outcome seems nearly impossible — but is still possible. We may not be optimistic or even hopeful that a loved one will recover from a serious illness or that a missing child will be found or that the bank will not foreclose on our house or that slavery will be overcome, but boy are we hoping. Thus, hoping is less susceptible to incoming negative information than hopefulness or optimism; while the latter two may have their ups and downs, hoping stays the course even when it is hard to imagine how a desired outcome might come about.

An examination of the Scriptures reveals approximately 150 verses that refer to hope, but zero that mention optimism. Many of those instances of hope invoke a dependence on God and the command to be steadfast. In other words, hope involves more effort and investment than optimism (a finding also backed up by empirical evidence). Furthermore, Jesus makes the counterintuitive claim that it is the poor in spirit, the meek, the hungry, the persecuted, and the grieving who are blessed. Why? Because when we are suffering — when we are short of realizing that positive outcome — we depend on God’s love, which in turn brings us closer to him. As the Irish scholar and priest Vincent McNabb put it, “Hope is some extraordinary spiritual grace that God gives us to control our fears, not to oust them.”

Conversely, when everything appears fine and dandy and we are optimistic about our future, we come to believe we are self-sufficient, leaving God in the dust. Hence the bible’s focus on hope and not optimism, and God’s promise that provides fortitude when his children are at war and his creation is at risk of extinction.

This is just one example of the intersection of science and faith. Observing what can be seen using the scientific method not only corroborates a biblical truth, it also lends clarity to the process. Likewise, scripture enlightens us to the metaphysical source of this human experience. Understanding that hope is an opportunity to strengthen my relationship with God provides insight into why such a paradoxical emotion exists (it is the only positive emotion that occurs in the midst of adversity). It is fundamental to human beings and societies because it is fundamental to our relationship with God.

I have hope that we will all come to see these two ways of knowing as vital to our understanding of everything. It’s hard to imagine right now how that will happen, but I’m hoping.

Join SpokaneFAVS at 10 a.m., Sept. 6 at Indaba Coffee Bar for a Coffee Talk discussion on “Reconciling Religion and Science.” Bruininks is a panelist.