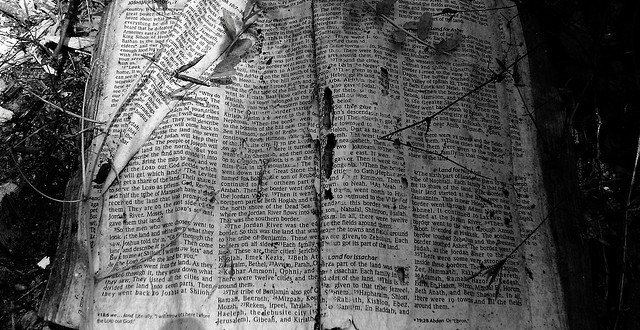 The roots of Christophobia

In the latter half of May 2015, Msgr. Janusz Urbanczyk, the Vatican’s representative to a conference held by the Organization for Security and Cooperation in Europe dealing with religious intolerance and discrimination, said that Christianity is the most persecuted religion in the world, even in nations where Christians are a majority.

According to Msgr. Urbanczyk, “the lives of many people are being affected only because of their Christian faith, which actually can be found at the roots of the culture of tolerance and equality.”

There are, of course, many reasons for this, but perhaps the primary reason is something that a growing number of people now call “Christophobia,” a condition defined by MacMillan’s Online Dictionary as: “intolerance of, hostility towards or discrimination against Christians.”

According to Matthew Schmitz, the term “Christophobia” was first used by Jewish legal scholar Joseph Weiler in his book, “A Christian Europe: An Exploratory Essay,” and popularized by George Weigel’s  “The Cube and the Cathedral.” Regardless of when the term was first used, the condition has been around since the time of Christ, as David Murray observed in a post at Christianity.com.

“Remember the word that I said to you, ‘A servant is not greater than his master.’ If they persecuted Me, they will also persecute you. If they kept My word, they will keep yours also,” he added.

And, as history teaches, Christians were persecuted in a variety of ways. Some were crucified, others fed to wild beasts and according to some accounts, set on fire and used as lampstands in Nero’s garden.

Foxe’s Book of Martyrs and Foxe’s Book of English Martyrs both document horrific treatment meted out to Christians – many times by the so-called religious leaders of the day.

Fast forward to the 21st century, and we find that Christophobia continues to thrive.

The most extreme examples of modern Christophobia can be seen in the Middle East, where Christians — including children — are routinely murdered for refusing to accept Islam. One grisly account by Andrew White, an Anglican canon serving in Baghdad, says that ISIS militants cut a 5-year-old boy he baptized in two.

Granted, Christians in the west aren’t being cut in half, decapitated, fed to wild beasts or set on fire and used as lampstands — yet. We like to think we’re more civilized than that and so we like to use kinder, more gentler, forms of persecution. Keep in mind, that persecution does not automatically mean death.

In the west, we like to find more creative ways to attack Christians. Instead of killing them outright, we marginalize them, demonize them, mock them and treat them as less than fully human. We claim to celebrate “tolerance” and “diversity,” but those things are almost never extended to Christians.

Murray notes: “Even in America, there is a determined effort to remove Christianity from the public sphere and consciousness: Christian holidays and symbols are being extirpated, prayer is banned in public schools, the 10 Commandments have been removed from courts and classrooms, blasphemous art and a mocking media deride Christian values.”

“We might ask,” he added, “’What have we done to deserve this? What threat do we pose? Why is Christophobia the only acceptable bigotry that’s left?’”

“Some people may want others changed and some may want some change in society. Very few want to be changed themselves; at least, not as much as this man was; not a change at the very core of their being,” Murray added. “A little personal change, maybe; but not the kind of change that impacts everything about them. People fear how Christ could change their relationships, their entertainment choices, their business practices, their spending patterns, and their morals.”

“Therefore, Christophobia,” he added. “Hence ‘Get out of here!’ They’d rather have a maniac than the Messiah.”

Where can one find Christophobia in the west? That’s easy. Turn on the television. Read the news. As we will see in upcoming articles, Christophobia can be found in the media, the news, our entertainment, our education system, the political system, even in our government.

And keep in mind, this is not a liberal/conservative issue. Christophobia is bipartisan. It doesn’t matter if one is a Democrat or a Republican, supports Ted Cruz or Barack Obama. It doesn’t even matter what denomination one claims.

Yes, Virginia, regardless of what one might tell you, Christophobia — the irrational fear and hatred of Christians and Christianity — is very real, and it’s getting worse.

Previous Right-to-die act inspired by Brittany Maynard passes California Senate
Next The Bible Says: Is it wrong to have sex outside marriage?