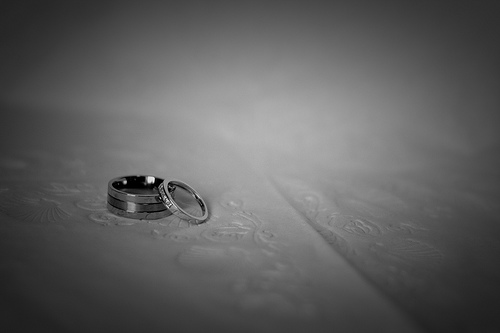 The Church of Jesus Christ of Latter-day Saints addresses polygamy, but needs to do more

As the New York Times reported Monday, the Church of Jesus Christ of Latter-day Saints has been quietly publishing essays on its official website for the past year or so that grapple with some of the “dark corners” of our past, most recently, several essaysregarding polygamy. Other topics covered include the Mountain Meadows Massacre, the translation process of the Book of Mormon, and the priesthood and temple ban for members of African descent.
I applaud this move toward greater transparency, but there is still a long way to go. I hope this is just the first step toward a membership that is better educated regarding our history and better able to acknowledge and grapple with real issues from our past that still affect us today.
A couple of years ago, Joseph Smith’s plural marriages came up in a conversation with a friend of mine. This friend is my age, has been a member of the Church of Jesus Christ of Latter-day Saints her entire life and has even served a mission for the Church as a young adult. She was shocked – shocked! – that Joseph Smith had multiple wives. Like many others, she’d always known about Brigham Young’s prolific practice of polygamy once the Saints were chased away to Utah, but was completely unaware that the practice started with Joseph Smith in the 1830s.
Now, I have an advantage in this area: my great-great-great-grandmother, Melissa Lott, was one of Joseph Smith’s plural wives. My mother comes from dyed-in-the-wool, true-blue-through-and-through, pioneer-stock that settled in northern Utah near Logan and Bear Lake, where any connection to Joseph Smith has always been a point of pride, so I grew up hearing stories of Melissa and many other ancestors who sacrificed and worked and prayed and followed the prophets faithfully.
Even with that inoculation at a young age, polygamy has never sat well with me. I pestered my Sunday School and seminary teachers for reasons and explanations that seemed plausible for a time, but fell apart under further scrutiny or research. I am troubled by the young ages of some of Joseph Smith’s plural wives, by the deceit and disregard for Emma Smith’s feelings, by the way polygamy still creeps in to our modern discourse, by some of the justifications presented for a practice in our past that we actively abhor in modern cultures.
I recently read the third volume in the series Women of Faith in the Latter Days, which provides brief biographies of dozens of Mormon women who were born between 1846 and 1870. In this time period there were few who were not touched by polygamy in some way. Several women spoke of the anguish polygamy caused them, while others expressed their love and gratitude for their “sister wives”. Plural marriage freed some women to leave Utah and gain higher education back east knowing that their children were in good hands with their “aunties”, but it felt like a prison to other women. Many women bore testimony of how the sacrifices of living “the Principle” drew them closer to God; others divorced their husbands when they took another wife. The reactions to polygamy were varied and ran the gamut. Disregarding the actual lived experiences of these Saints and their responses to polygamy – whether positive or negative – dishonors them.
The same is true today. These essays have instigated full blown faith crises in some members of the Church who are struggling mightily with this new knowledge. Others complain that the essays still left our pertinent details and didn’t go far enough toward repudiating the past. Some Mormons are able to reconcile these revelations with their faith relatively easily. Some feel betrayed and defensive, unsure if they want to continue in the faith. There is room in the Church for all of these reactions and we need to be patient with each other and ourselves as we work through these issues and find our own resolutions.
Having these essays on the official website of the Church is a positive step, but more needs to be done. This information should be woven into our seminary curriculum and both youth and adult Sunday School lessons to prevent feelings of shock and betrayal later in life, and questions and discussion encouraged at any age. We need to stop placing our forebears, both Church leaders and average members, on pedestals which deny them their full humanity and which come crashing down with the discovery of imperfections. We can become more comfortable with the complex historical narrative that exists, accepting the nuance and shades-of-grey that come with a study of history, rather than trying to simplify it into safe but incomplete and misleading fables. Wrestling with these issues instead of ignoring them can help us develop a more mature and informed faith.