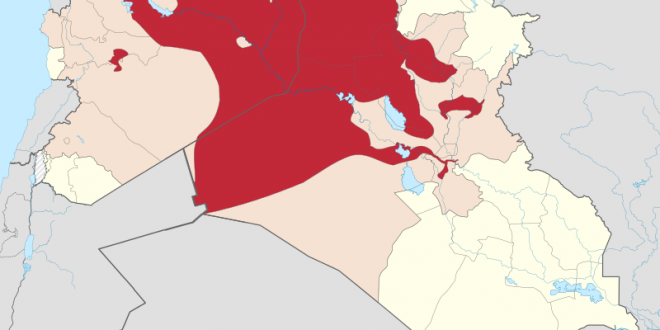 ISIS, Jesus and My Struggle with the Pacifist Apologetic

“What would Jesus do to ISIS?” That’s a question many Christian’s are asking in debates about how to respond to the international crisis of ISIS and their barbaric rampage through Syria and Iraq.

But I’ve found myself getting snagged on one central point that is consistently missing from the fundamentalist-pacifist apologetic’s focus on Jesus as the example of how Christians should respond to beheadings. It’s a fact that Jesus could have dropped some godhood power slams on any evildoer in an instant if he had wanted to do it. That place of power, makes one privileged in the matters of injustice and evil.

Jesus acted from a place of power and chose not to use it. That is very different from the children facing beheadings, the young women being kidnapped and the young and old men being crucified or shot in Syria and Iraq by ISIS.

Jesus was almost thrown off a cliff after his first sermon back home, but the Scriptures said he just Jedi-moved through the crowd without a scratch (Luke 4:28-30). Yes, Jesus willingly laid down his life in the events surrounding his Roman execution on a cross, yet he did it, while holding omnipotent power at his command. Comparing fleeing Christians to the God-man on earth seems to me to be a posture of unfair judgment or expectation.

The pacifist paradigm of Christianity seems to edit out the New Testaments acts of divine judgment or it places the full weight of the wrath of God only on the cross. But it doesn’t take much reading into the book of Acts before it starts reading like another “Book of the wars of the Lord” (Numbers 21:14).

One of the first miracles in the book of Acts was an expression of divine judgment on a church couple who fudged on their tithing report(Acts 5:1-11). How does that jive with the perpetually peaceful kingdom paradigm many are presenting. If God cleans house through Peter in a moment of frightening God-smack, how can we present a New Testament view of God that simply calls people to act as he didn’t in the OT, paused a bit in the gospels and then resumes his power thundering in Acts?

1. There’s poor worm invested Herod on his bed of blasphemy, I am sure he wouldn’t think Jesus was the God of: “Let’s all just get along.”
2. How about poor old Elymas who got the back hand of Paul’s righteous violence with a good old Sodom strike:

Acts 13:10-11 “You’re a son of the devil. You’re an enemy of justice, you’re full of lies, and you steal opportunities from others. Why do you insist on confusing and twisting the clear, straight paths of the Lord? Hear this, Elymas: the Lord’s hand is against you, and you will be as blind as a bat for a period of time, beginning right now!”
Then there’s the whole AMC-like apocalyptic throw down in Revelations, the end of the bible, that makes everything up to that point look like it was played out on Nickelodeon!

I am mystified why these type of events that played out in the lives of the Jesus followers in Acts somehow don’t find their way into these discussions about how we should act or respond to ISIS today.

I don’t think the bible censors the human cry for justice, protection and the judgment of God on those who victimize and terrorize innocents, in fact, sometimes it encourages it in prayer (Acts 4:24-31).

That’s not an endorsement for blood but it is one for deep sympathy and support for those experiencing such epic human suffering in ways not seen since Nazi Germany.