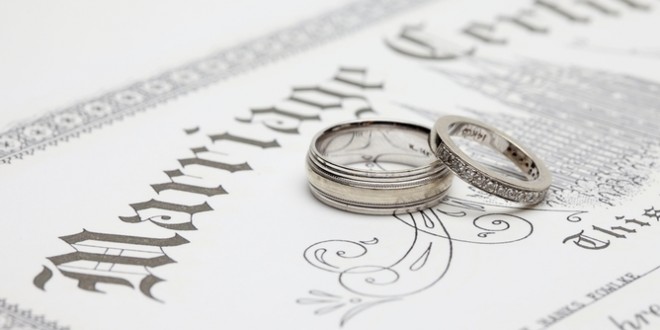 Sex outside marriage is sinful

Because this post is important for you to read, here’s the TL;DR (Too Long; Didn’t Read) rendition of what’s below:

We’re all called to chastity (and it doesn’t mean what you think it means). Sex isn’t about you. Sex has a place, a purpose, and a right usage. Sex, created by God — past, present, and future — can only be rightly practiced within the confines of marriage.

After reading Martin Elfert’s column, “Two reasons to be sexually active before marriage” at the beginning of April, I’d best explain my immediate feelings as both “bewildered” and “profoundly disappointed.”

Here’s the initial question posed to Rev. Elfert by “LC”:

In this post, I want to give LC an alternative (and, I think, far better) response to his very thoughtful and honest question. Especially, considering LC’s mention of confession, since I seem to be speaking Catholic-to-Catholic here.

Engaging in any sexual act outside marriage is sinful — I won’t sugarcoat it. Paul talked about it, even Jesus talked about it, so when addressing the temptation to engage in any sort of sexual intimacy outside of marriage, the answer should always be, “No.”

However, that “No” isn’t just a “negation of something good” as Fr. Robert Barron puts it, but rather a “no” in service to a greater “yes.” Barron uses the analogy of a golf swing to explain this a bit more:

“Any golf swing coach worth his salt will say ‘no’ much more than he says ‘yes,’ precisely because there are a thousand ways to swing a club poorly, but really only one way to swing it properly. So when he says ‘no,’ he is negating a series of negatives, trying to move his student onto the narrow path of the right swing.”

The “yes” we’re serving is the call to chastity. Now, I want clarify before getting too far — chastity is not the same thing as abstinence. To be abstinent is simply to refrain from doing something, and in this context, it’s more or less just a plain “no” instead of the “no” in service to the greater “yes.”

Chastity, on the other hand, is, “the successful integration of sexuality within the person and thus the inner unity of man in his bodily and spiritual being” (Catechism of the Catholic Church, 2337).

Instead of mere abstinence, the call to chastity (especially if you’re a person of faith) is a call to maintain “the integrity of the powers of life and love placed in [yourself]” (Catechism, 2338), to recognize that you are created by God for a purpose and that your desires have a right order to them.

The call to chastity is also a call to recognize that we were made for self-gift. Just as Mary gave her life to bear the Son of God, and just as Jesus — in the greatest way — gave his life for the sins of humanity, so too are we called to give our lives in service to another, especially for those of us called to married life.

That “apprenticeship in self-mastery,” as the Catechism defines chastity, “is a training in human freedom.” The choice is plain and simple, “Either man governs his passions and finds peace, or he lets himself be dominated by them and becomes unhappy” (Catechism, 2339).

Refraining from sex before marriage, when looked at in light of all this, is a great number of things: a challenge, a gift, a sacrifice. Most of all, however, it’s an adventure, should we see it in a different light. For, as G.K. Chesterton once said, “An adventure is only an inconvenience rightly considered.”

Look, I’m no one special, and I’m not an expert on chastity. But I do speak as someone who 1) was recently married (June 2014), and 2) experienced this very same temptation frequently during my three-year relationship and 1.5-year engagement to my now-wife. We’ve been on both sides of this dilemma. We gave in to temptation at times and we also committed to forego all of those temptations for the sake of our marriage. We discovered that life is FAR better when we’re committed to chastity, and our marriage has been so much better for it.

I would take the graces that came from the pain of sacrificing those temptations over the short-term fix of instant gratification any day. Why? Because I love my wife.

My wife’s dignity is worth upholding, and so is mine. And honestly? I love my wife SO much more now as a result of having given up short term pleasure for long-term happiness and stability.