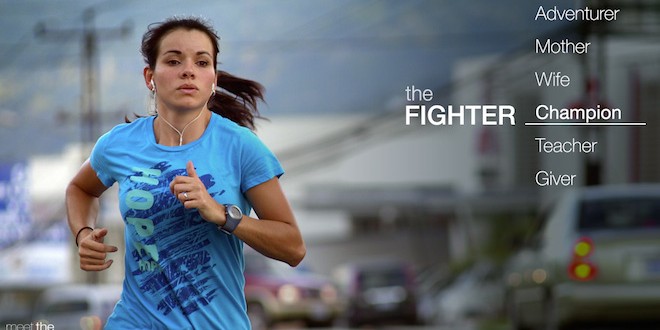 REVIEW: “Meet the Mormons” about how faith changes lives; opens today in Spokane

“Meet the Mormons” is a feature-length film that profiles six diverse members of The Church of Jesus Christ of Latter-day Saints. With excellent production values, “Meet the Mormons“ tells stories, much like extended versions of the “I’m a Mormon” shorts produced over the last few years. It’s not Mormonism 101. It’s not a theologically rigorous investigation into doctrine. It’s not even really an overview of basic LDS beliefs. It is, however, a demonstration of how faith informs and changes the lives and actions of six individuals.
Those who are not of the Mormon faith will, I think, be truly touched by the remarkable stories shared in this film and leave with a generally positive impression of Mormons. But I think “Meet the Mormons“ is valuable viewing — perhaps even more valuable — for those of us who are Latter-day Saints. It’s easy, particularly in an area like Spokane that sometimes lacks in diversity, to get too comfortable with conformity and uncomfortable with differences; to forget that in this world-wide church there are a myriad of perspectives, approaches, and opinions; and that there are many — both LDS and those of other faiths — who choose to live the gospel in ways that are different, but no less valid, faithful, and righteous than our choices.
The narrator, LDS comedian Jenna Kim Jones, introduces the film by interviewing passersby in Times Square about what comes to mind when they hear the word “Mormon.” Their mostly predictable and occasionally hilarious answers are interspersed with tongue-in-cheek pop culture references to Mormons, including clips from “The Simpsons”, “30 Rock”, “Fletch”, and yes, “South Park.” (I love it when we Mormons don’t take ourselves too seriously!)
Diversity is conspicuously on display in this film. Those profiled include a woman MMA fighter in Costa Rica; a black bishop in Atlanta, Ga.; a Polynesian-American football coach; and a Nepalese engineer. Also featured are the “Candy Bomber” of Berlin Airlift fame and the white mother of a biracial son preparing to go on his voluntary two-year mission (this last one is the story that wrung tears from me as a mother of three sons). I appreciate the effort to get a wider cross-section of Mormons than the white, middle-class, born-in-Utah stereotype, and I would have liked to see even more international members and more women featured, or perhaps someone who is single, divorced or childless to add to the mix.
Commonalities with other faiths is a recurring theme. Jermaine Sullivan, the LDS bishop of his Atlanta congregation, visits his sister Gabrella in Alabama, who attends a Baptist church near her home. She describes how proud their parents were when Jermaine became a bishop before they passed away and says, “We never really had a religious disagreement. Even though the faiths are different, the belief is the same.” Bishop Sullivan replies, “I’ve always tried to build on common beliefs. I can always acknowledge that there are going to be differences, there’s no need to debate so much about that.” Other profiles show family members who are Catholic and Hindu talking about the similarities and respect they have found in their interactions with Mormons, and in the film’s final moments, viewers are urged to “join with us on common ground.”
Another prominent feature in several profiles is how their faith in Christ led them to lives of service. Gail Halvorsen was a pilot delivering food and supplies to West Berlin after World War II. He describes being prompted by the Spirit to forego his candy ration — and convince his crew to do so as well — in order to drop them to the German children gathered along the fence surrounding the air field. Eventually, many more people got involved in what became Operation Little Vittles, and in all 21 tons of candy were dropped. Some of the most touching moments of the film are these children – now grown adults — thanking Col. Halvorsen for his kindness, for bringing them hope during a dark time. He credits his childhood Sunday School classes with planting the seeds of service. “Service is the bottom line to happiness and fulfillment,” Col. Halvorsen affirms.
Each of these individuals is admirable. After growing up in a poor area of Nepal, Bishnu Adhikari earned an engineering degree in the United States, and decided to return home to help improve his country. He now works with an international humanitarian organization building schools, roads, and water systems in remote areas, literally changing thousands of lives. Carolina Muñoz from Costa Rica regularly fights in amateur kickboxing competitions. She and her husband own a gym where they teach martial arts and run donation campaigns for those in need. President Obama even makes a cameo appearance in the section featuring Ken Niumatalolo, the coach of the Naval Academy football team. (You can read more about those highlighted in the film here.)
To be honest, “Meet the Mormons“ is less a true documentary than a well-done and entertaining marketing campaign, and at times it’s a little heavy-handed, but it’s nonetheless an uplifting and inspiring depiction of people who are part of a “worldwide family” doing their best to follow Jesus Christ: “to live as the Savior lives, to serve as the Savior serves, to love as the Savior loves.”
Meet the Mormons is playing at the AMC River Park Square 20 Thursday (10/9) at 7 and 9:30 p.m.; and Friday, Saturday, and Sunday (10/10-10/12) at 11 a.m., 1:15, 3:30, 5:45, 8 and 10:15 p.m.. Net proceeds of Meet the Mormons will be donated to the American Red Cross.

Previous To be Evil is to be a Buffoon
Next Seminaries awarded $1.5 million to include science in coursework