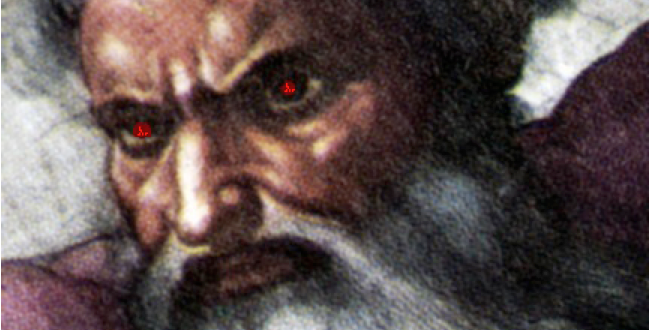 “Apocalyptic beliefs have been on the rise for the past 40 to 50 years,” according to research professor of religion and author Lorenzo DiTommaso. “What ties these desperate groups together is a sense that the worlds problems are too big to solve.”

Many believers perceive the world’s problems, as hopelessly out of control, with no solutions in sight, and human beings are unable to solve these problems. From a biblical point of view, God is going to solve them and to many this usually means some sort of global apocalypse.

The apocalyptic worldview springs from a desire to reconcile two conflicting beliefs. “The first is that there is something dreadfully wrong with the world of human existence, says DiTommaso, on the other hand, there is a sense that humans have a higher good or grander purpose for existence, a hope for a better future. Viewing the world as a flawed place headed toward some sort of cosmic correction reconciles these two beliefs.”

“Despite fire, death and destruction, the god of apocalyticism is a god of order, not chaos,” and that’s the reassurance to believers because believers usually expect that they’ll be among those saved from the torments of an ending world, were as Secular doomsday-fearers, on the other hand expect to fight for their survival,” states DiTommaso.

“We stress being prepared.” said Jim Rawles, the proprietor of SurvivalBlog.com, an online clearinghouse for advice on survivalism and preparation.

“Anxiety spurred by the recent natural, economic and terrorist disasters makes apocalyptic thinking more popular. It becomes easier to convince people that things are becoming worse (despite all the many advances human beings have taken in the right direction) and that the answer will come through divine dispensation, rather than face the fact that humanity must fix its own problems,” states Gary Alderman, chairman of the department of religion at Emory University.

“The story of ultimate reckoning is very popular in religious texts and recently in popular culture. It’s a scenario where you can pinpoint the heroes from the villains, the good from the evil. It’s a powerful story that people identify with. Its not so foreign for Americans to be fixated on the end of the world, our society today even fixates on it in popular culture with Armageddon movies,” says Alderman.

For many individual believers, focusing on the end of the world can have serious consequences, as one ex-fundamentalist related:

“For me, it came down to a very personal level, a sense that it wasn’t really worthwhile to do the things to make the world a better place or to make much effort at self- improvement because it’s all going to burn. That was a favorite term I repeatedly heard when I was growing up, “It’s all going to burn.” Meaning that when Jesus returns, the whole world’s going to disappear anyway, so why bother painting pictures or making music beyond what’s religious, because the nonreligious will cease to exist in the near future. I was interested in archeology, but my fundamentalist friends told me I was crazy. Why should I look into the past, to uncover the past of secular societies, when Jesus was coming back and none of it was going to matter anyway? The world was coming to an end. Why bother? With such a belief system, it makes no sense to treasure the planet, preserve a healthy home for future generations, or work for peace.”

Are apocalyptic beliefs an excuse for inaction?

If you believe that the world is going to end, what effect does it have on your motivation to improve life on earth, or in your own community?

Will Orthodox Fundamentalist Bring About Armageddon?

A poll conducted last year by the Public Religion Research Institute found an incredible 44 percent of Americans (and 67 percent of white evangelical Christians) believe the severity of recent natural disasters is evidence that we are in what the bible calls the “end times.” Many Christian groups even get excited when war breaks out, hoping that it might be the fulfillment of prophecy; the beginning of the end.

One, out of many examples of apocalyptic psychosis, can be found at RaptureReady.com.

Considering for a moment the reality of recent religious terrorism, recent religious wars, and in light of the Christian, Judeo and Islamic groups that hope to usher in Armageddon, and finally taking into thought the fact that each have politicians and leaders blinded by beliefs of exclusivity and absolute truth; would you agree that, for the first time in human history, there exist the potential for man (not God) to bring about his own delusional divine Armageddon?

Previous Ask a Jew: What’s your view of the death penalty? Part 2
Next Is it heresy for Baptists to baptize a baby? One pastor’s example sets off a debate

I thought Dispensationalism had a brief life a hundred years ago, then died a well deserved death as most people became educated and accepted the idea that morals depended on reason, empathy, and evidence, ie, that it was immoral to wrongly act in a way that hurt someone without a damn good reason..
But I’m wrong. There are many who, because of their view or time, believe that it is divided into periods where we face moral tasks to change the world as decreed by god, a ruler, or Marx or my egocentric neighbor. They tend to think of Jesus, or someone, as the final prophet, and that this is the last period of time. No more!!!!!
Who says? Besides, its a rather unimaginative and unscientific opinion. I’d call it stupid and irresponsible, but someone might be stupid and irresponsible enough to object. 😉

OK Tom, I always have to read your comments twice, and that’s a complement to you, for they’re usually well worth it once I understand the full meaning.

Plus, I really admire people, I’d like to think I am one of them, who can insinuate that someone is stupid and irresponsible without insulting them. Rare talent. The smiley’s really help but with some people they’re not even necessary, if you know what I mean. Some days I’m not sure if I should feel good or sad about that.

Please continue to read and voice your opinions and thoughts by commenting.
Thank you.
Brien

Thanks. We live in dangerous times, and it may be true that we can do little to stave off our extinction But that possibility, and the fear and frustration it carries, is no reason for inaction or mere wishful thinking (God will save me). I think inaction is immoral. After all, we have prayer, which for me is hope put into action. It need not be addressed to some God, but that is an individual matter. It never can be successful as magical thinking that something else will save us.
Time to work as best we can.