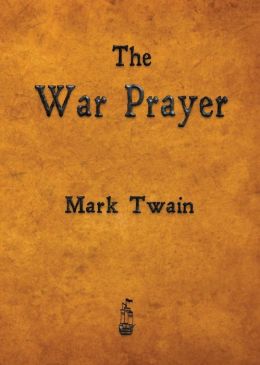 Religion and Patriotism: Love your enemy

Jesus was not a patriot. His anti-establishment non-violence seems pretty clear: turn the other cheek, love your enemies, do good to those who harm you, put away your sword, etc. These are the parts of the Gospel that I think most powerful (but difficult) of Jesus’ messages to us. For me, Jesus taught that the wrathful, vengeful God of the prophets was a mischaracterization.  Jesus says we are called to love, not to payback.

Buddhism teaches that the methods to overcome the pain of our own envy and anger can best be learned from our worst enemy.  He’s our “supreme teacher.”

American exceptionalism is one of the most abhorrent public relations concepts I know, because it distills patriotism into absolutism. It holds hands with religious fundamentalism, which posits that our group knows all and knows best. Dissent is misguided and futile, because God said so.

The Dalai Lama (in “Ethics for the New Millenium“) says, “We see murder as dreadful, but there is no association of war with criminality. On the contrary, it is seen as an opportunity for people to prove their competence and courage. We speak of the heroes it produces, almost as if the greater the number killed the more heroic the individual. And we talk about this or that weapon as a marvelous piece of technology, forgetting that when it is used it will actually maim and murder living people.”

Rotary International, a worldwide service club of which I’m a member, helped in the late 1920’s with the plan for the League of Nations. Rotary, which now consists of 35,000 local clubs in more than 200 countries, asks its members to be patriotic, that is, loyal to their country and its leaders. But not nationalistic, because that practice divides countries (and people) into friends and foes. 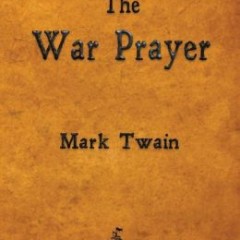 A century ago, Mark Twain wrote an anti-patriotic essay so alarming that it failed to find a publisher. He had opposed the Philippine-American war of 1899-1902.

Twain mocks the jingoistic dogma of a preacher’s patriotic prayer to an Old Testament God. “None could remember the like of it for passionate pleading and moving and beautiful language. The burden of its supplication was that an ever-merciful Father of us all would watch over our noble young soldiers, and aid, comfort, and encourage them in their patriotic work; bless them, shield them in the day of battle and hour of peril, bear them in His mighty hand, make them strong and confident, invincible in the bloody onset; help them to crush the foe, grant to them and their flag and country imperishable honor and joy.”

The national occasion in the story was “a time of great and exalting excitement. The country was up in arms, the war was on, in every breast burned the holy fire of patriotism; the drums were beating, the bands playing, the toy pistols popping, the bunched firecrackers hissing and spluttering; on every hand a fluttering wilderness of flags flashed in the sun; daily the young volunteers marched down the wide avenue gay and fine in their new uniforms, the proud mothers and fathers and sisters and sweethearts cheering them with voices choked with happy emotion as they swung by; nightly the packed mass meetings listened, panting, to patriot oratory which stirred the deepest deeps of their hearts, and which they interrupted at briefest intervals with cyclones of applause, the tears running down their; in the churches the pastors preached devotion to flag and country, and invoked the God of Battles beseeching His aid in our good cause in outpourings of fervid eloquence which moved every listener.  It was a glad and gracious time.”

The aged stranger in this “War Prayer“ interrupts the prayer, insisting that God hears also the flip side of this appeal: if he protects us he must therefore smite our opponents. “For our sakes who adore Thee, Lord, blast their hopes, blight their lives, protract their bitter pilgrimage, make heavy their steps, water their way with their tears, stain the white snow with their bloody wounded feet! Help us tear their soldiers to bloody shreds with our shells; help us to cover their smiling fields with the pale forms of their patriot dead.”

“The half dozen rash spirits that ventured to disapprove of the war and cast a doubt upon its righteousness straightway got such a stern and angry warning that for their personal safety’s sake they quickly shrank out of sight and offended no more in that way.”

When the story ends,  “It was believed afterward that the man was a lunatic, because there was no sense in what he said.”

This brave document was discovered in Samuel Clemens’ papers only after his death.

Thank you, SpokaneFAVS, for giving ear and print that helps share the examples of these three courageous, religious, but not patriotic men.

John Hancock is the founder of Friends of Compassion, the Spokane Leader of Warrior Songs, a musician and former orchestra man, and a consultant to non-profit organizations in Spokane.

Join us at 10 a.m., July 5 at Indaba Coffee for our next Coffee Talk for a discussion on Religion & Patriotism. Hancock is a guest panelist.

Previous REVIEW: HBO’s The Leftovers, a grim take on the limits of grief and faith
Next Ask a Jew: Can Jews have tattoos?