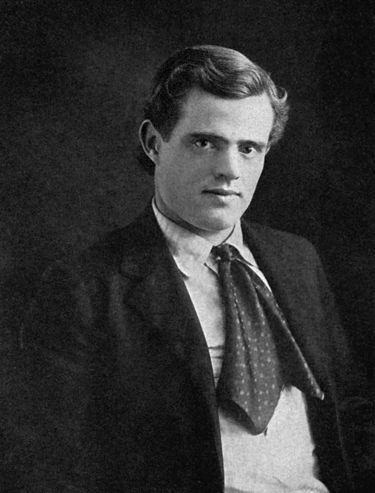 I was asked an interesting question after a recent chapel service, in which I had read a piece on the dangers of life from the author Jack London.

A leader came up to me afterwards and asked:
“Was Jack London a Christian?”
The question and the following comments in our short conversation, seemed to me, to reflect a common evangelical belief about truth. It’s a view that only what Christians say is Christian and therefore worth learning or hearing. It’s a belief about truth that is reinforced over and over in conversations, sermons, books and media. This view draws a hard line between sacred and secular. This dualistic thinking postures people in a battle stance, an “us vs. them,” the world “out there” thinks and believes one way and then there is our world “in here” which  believes differently.
I wish I would of responded by asking the question:
“Was what Jack London said, Christian?”
Because if something is true because it is Christian, then something that is true, can be called Christian too, regardless if it was said by a Christian.
C.S. Lewis, tackled this a bit in a section in ‘God in the Dock’ he wrote:

“To me, who first approached Christianity from a delighted interest in, and reverence for, the best pagan imagination, who loved Balder before Christ and Plato before St. Augustine, the anthropological argument against Christianity has never been formidable. On the contrary, I could not believe Christianity if I were forced to say that there were a thousand religions in the world of which 999 were pure nonsense and the thousandth (fortunately) true. My conversion, very largely, depended on recognizing Christianity as the completion, the actualization, the entelechy, of something that had never been wholly absent from the mind of man.”(p. 132)

Becoming wise is a higher goal than becoming educated, intelligent or well informed.
The brother of Jesus had this to say about wisdom: “Heavenly wisdom centers on purity, peace, gentleness, deference, mercy, and other good fruits untainted by hypocrisy” (James 3:17).
Notice there was nothing there about wisdom being Christian or non-Christian, sacred or secular. The question should be: Is it good, true or helpful? A wise person can discern truth from error in a way that allows them to pick-a-part something, disregard one part and hold fast to the other.
Aristotle said it perfectly: “It is the mark of an educated mind to be able to entertain a thought without accepting it.”
The Apostle Paul said it this way: “But examine everything carefully; hold fast to that which is good…” (1 Thessalonians 5:21)
I think the apologists for the new generation need to think like the church father Augustine, who said: “The truth is like a lion. You don’t have to defend it. Let it loose. It will defend itself.”
This posture allows for everyone to have a seat at the table to dialogue and debate and do the hard work of harvesting the good fruit of wisdom from the diverse orchard of human thinking about life, faith and God be they Christian or not.
Join SpokaneFAVS for a conversation on ‘Wisdom’ at its next Coffee Talk, at 10 a.m., Aug. 2 at Indaba Coffee. Blauer is a panelist.