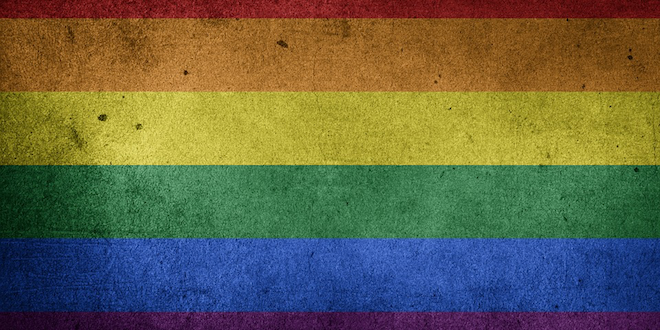 This article finds me knee-deep in planning an Interfaith Worship Service for Spokane’s PRIDE Week. Working with Jewish, New Thought, Buddhist, and other Christian clergy, we are attempting to put together a worship service so that Spokane’s LGBTQ+ folk will feel celebrated and affirmed. It’s been a humbling and surprising venture for me, as I have never done any overt interfaith work before, and never as clergy leadership.

My two main concerns were that the young queer folk would learn that not all clergy preach a gospel of hate, and that the basic beliefs of each faith would be lifted up and not dumbed down. All of the clergy involved are being so gracious, so theologically generous, allowing words to be used that make them cringe, but allowing it because they know the queer youth need to hear them. For instance, the Buddhist is allowing us to use theist language because they acknowledges that the majority of the queer folk who will attend are Christian, or were thrown out of Christian homes, so they need to hear the Christian Gospel even though Buddhists don’t believe in a creator. Our Buddhist friend rewrote one of the Call and Response litanies that we will use, and when we all read it together at our last meeting, several of us had tears in our eyes and the hairs on our neck stood up in awe. It really was a spiritual moment there in that conference room, for all of us. What binds us together is love and compassion for the youth, and that love transcends our particular belief systems…or is it the basis of them all? Hm…

I also recently read an essay by Emily Culpepper, in the book, “After Patriarchy,” in her essay “The Spiritual Political Journey of a Feminist Freethinker,” Culpepper wrote about her history with organized religion. I encounter her story constantly, not Culpepper’s per se, but the same story told by 1,000 others just like her. People who were raised in a Christian church of some type, but who left after some tragic event. Whether that event was some type of abuse, or because they realized they were gay and got tossed out (the most frequent version that I hear) or because they were sinned against by someone in their congregation, all these folks leave the church. No, that’s not right, they leave their faith in God, because of the actions of some human. This tells me one important thing; we are neglecting to teach folks in church that people are sinful. It’s like the churches are teaching people that we are all really nice, and that if someone hurts you, they are awful(!) but actually…that’s to be expected. People are sinful, that’s the beginning of the gospel message, else why did Jesus have to come to show us that God loves us anyway? So, Culpepper’s story didn’t make me feel sympathy for her at all, (well, a little) instead, she is just one more “highly involved” Christian who never learned the gospel at church, and when some other ‘highly involved” Christian hurt her, she threw Baby Jesus out with the bathwater and left her faith behind. If Culpepper is so enlightened, so educated, such a ‘free thinker’ why does she not see that what she did was a knee jerk reaction to pain and not a well thought out solution to the hurt she received? I guess this is a sore spot for me, because as soon as I read it, I lost all interest in Culpepper’s story. I find her not a free thinker at all, just another very hurt ex-Christian who was never properly taught the Gospel message. Sad, but not noteworthy

So, it’s been an interesting week in religious study. All the hurts are universal. All the joys are too. I’d like to see more redemption and reconciliation happening for folks like Culpepper and the LGBTQ+ community, but with all the hard work I see with the Interfaith PRIDE Team, I’m ever hopeful.

The Pride service will be at 7 p.m., June 8 at the Spark Center in Kendall Yards.

Previous Why are fewer people getting married?
Next Strive to finish the work