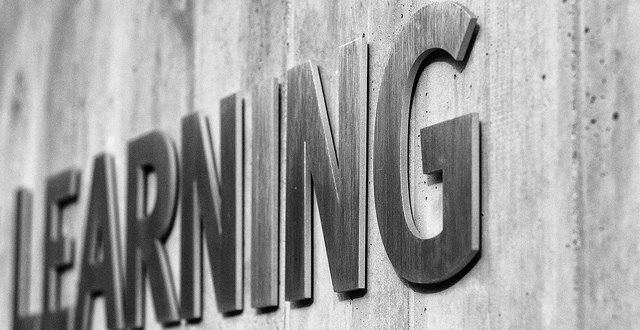 Read part two in this series.

It’s what we all do. Every day, in uncountable ways, we learn things. And, as our lives march down the road, different behaviors develop, some forming habits (or automatic reactions). Any single situation could cause a vast number of reactions; sometimes those reactions begin to impair our happiness. We seldom think much about our learning history, and it begins to control us without our realizing it. If we have developed self-diminishing habits and beliefs, then those patterns can hurt our chances of a fulfilling life. When we repeatedly do harmful things, most of us ask, “Why do I keep doing things that are so self-diminishing?” The answer is…because our brain has learned to react that way.

Unfortunately, most of us only think about the “why” after we do something self-diminishing, not before. But, to change undermining beliefs and habits, we will need to think about them before undermining ourselves. In fact, as we shall see, we need to completely change our thinking in some areas, thus changing our brains.

The neuroscience behind our learned habits and beliefs is, once again, the Reticular Activating System which motivates us as children to imitate others, to seek belonging, which makes us sleepy when we are tired, and generates an instant mind/body fight, flight, or freeze reaction to a threat. Also, we learned earlier, it does a whole bunch of other things, but for our purposes we will only be considering what is relevant to this post.

With that said, here’s a very important and relevant part for all of us to remember – humans learn from experience and improve their performance. The reticular activating system has access to all of the memories you have stored in your brain, that’s why it has the ability to generate the best, or most common past response for need gratification or to alleviate fear.

Why is this important?

It means that by creating new experiences, you create new memories for the reticular activating system to choose from, whether actual or imagined, we can control and change our responses, beliefs and habits! Think of it as reprogramming your brain so it performs as you would like it to perform, not the other way around (Much more on this later).

But right now it’s important to understand one more neuroscience tidbit. As humans we also have what are called metaneeds and metafaculties. One of humankind’s insatiable metaneeds is our need to know, and its corresponding metafaculty of conviction, i.e., knowing or believing. Unlike simple animal curiosity, we want to know who, what, where, when, how, and why about everything. Aristotle (384–322 BC), the Greek philosopher and scientist, said very succinctly: “We must know.”

Herein lies one of our major human problems: in our need to know, we readily adopt―become convicted of―literally thousands of beliefs (some estimates run in the hundreds of thousands!) based on our interpretation of our experiences, or on inference, assumption, probabilities, deduction, induction, syllogisms, and a host of generalizations.

The untrained mind is a belief seeking rather than a fact seeking apparatus. We humans have an insatiable need to know. To confirm this, just follow a four-year old around for a few hours.

We avidly adopt beliefs by the thousands as we mature. Even things we know as facts act as beliefs, as do all of our doubts, disbeliefs, memories and values. Our belief systems are so powerful that even our disbeliefs are not just a mirror image of our beliefs but actually create other beliefs. For instance, a person’s belief in democracy as the best from of government engenders disbeliefs in monarchy, socialism, social democracy, federal republic, etc. Even if we have absolutely no clue what the other forms of government are really like. Beliefs are very prolific. Even memories of traumatic or emotional experiences can act as ‘beliefs,’ generating depression, fear, anxiety, sorrow, joy, etc., in reaction to relevant stimuli.

But the major things we need to know are “Who am I?  What am I?  Why am I here?  What is the meaning of my life?  I am a completely unique person―where do I belong?”  In answer to these fundamental questions, we do what everyone else is doing; we look for things with which we can identify ourselves.

We start building a self image — babies put everything in their mouths and give it a bite in order to distinguish where they end and other things -not them- begin. We identify ourselves with our body, our mind, our family, our friends, and later on, a significant other, our profession, possessions, religion, nationality, reputation, gender, or a cause — a seemingly infinite number of things.

The beliefs and accompanying activities which make up our self-image thus serve two purposes: they give us a sense of self identity: “I am an American, a boy or girl, a Smith family member, a student, a Christian, a parent etc.” And they are necessarily, per Assagioli (see below), accompanied by activities representative of those self-identifications; activities in which we can temporarily ‘lose ourselves,’ and, as long as we are so engaged, repress the nagging questions of “Who am I?  What am I?  Why am I here?”

As Roberto Assagioli states in PsychoSynthesis, “We are dominated by everything with which our self becomes identified.”  Each self-identification carries with it the responsibility of assuming all the characteristics we believe are representative of, or applicable to, that designation. These self-identifications engender many beliefs, including a long list of tyrannical should’s or should not’s -what psychotherapist call ‘super-ego,’ and what we know as our conscience. Our self-image becomes perhaps the most powerful element in our belief systems and a very prolific generator of beliefs.

As noted above, we can simultaneously identify ourselves with a number of things.  I think the writer Aldous Huxley describes it best:

. . . since the mind-body is capable of an enormous variety of experiences, we are free to identify ourselves with an almost infinite number of possible objects—with the pleasures of gluttony, for example, or intemperance, or sensuality; with money, power, or fame; with our family, regarded as a possession or actually an extension and projection of our own selfness; with our artistic or scientific talents; with some favorite branch of knowledge, some fascinating ‘special subject’; with our professions, our political parties, our churches; with our pains and illnesses; with our memories of success or misfortune, our hopes, fears and schemes for the future; and finally with the eternal Reality within which and by which all the rest has its being.  And we are free, of course, to identify ourselves with more than one of these things simultaneously.  Thus a man can be at once the craftiest of politicians and the dupe of his own verbiage, can have a passion for brandy and money, and an equal passion for the poetry of George Meredith and under-age girls and his mother, for horse-racing and detective stories and the good of his country—the whole accompanied by a sneaking fear of hell-fire, a hatred of Spinoza and an unblemished record for Sunday church-going.

So starting at birth (or possibly in the womb) we each haphazardly develop a unique belief system in the brain. Most of our self-image beliefs and many others have an emotional component, which we’ll discuss later, but the point is eventually this system is comprised of scores of thousands of things we believe, and an ever-changing group of purposes or people or ideas with which we have allowed our selves to become identified with—all of them capable, as we shall see, of giving rise to desires and fears.

Previous Why hipster pastor Nadia Bolz-Weber thinks the church is for losers
Next Bambi Killers, Conservationists, or Both?