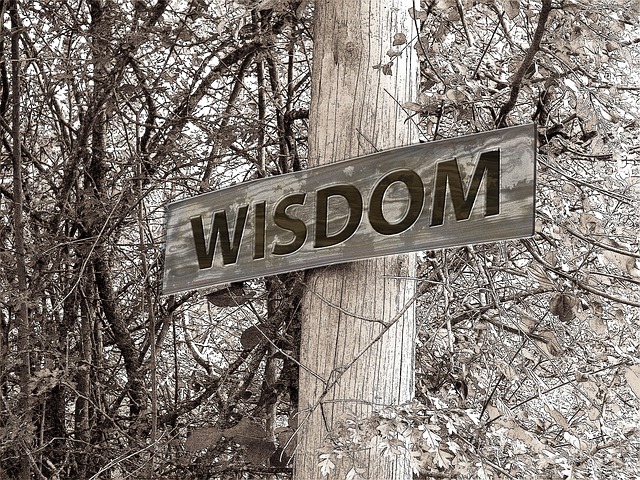 Jesus as a follower of wisdom

The major difficulty I have with writing about wisdom is that few people are very familiar with the concept. We just have not talked about it very much, so little so that most of us don’t even distinguish the ordinary language meaning of the term, wisdom, and the use of wisdom as the name of the Godhead Jesus often seems to have been following. This failure is as drastic as mistaking a human character trait, as in, she is a wise person, for the name of one of the gods who was present, as ancient tribal stories would have it, at the birth of creation. To say that Jesus was a follower of the wisdom tradition says much more, explains his message much more, than saying that he thought we all must be wise in our decisions. It is to limit our understanding of the Gospel, and our appreciation of what we must do to bring about the New Kingdom.

First let me give an oversimplified definition what Wisdom is: Art Dewey, editor of The Fourth R, the always relevant quarterly of the Westar foundation, in discussing Matthew’s presentation of the difficult parable of the judgment of the sheep and the goats, describes says that one group , the sheep, was rewarded with the empire because they were prepared with understanding of the “foundation of the World.” The other, the goats, by not being so funded got everlasting punishment. The wise understood that their actions had to ,simply, follow God’s blueprint, which requires us to found our lives on the ecology involved in the relationships of love. If we don’t, we’re screwed.

Jesus, who was likely illiterate like almost all from his social class, rarely quoted from the writings that were considered the Hebrew canon, that were not writings belonging to the wisdom literature tradition. Most historians of biblical culture have, for years, understood that the ordinary people of the time, the labor/peasants who were very close to subsistence loved the Wisdom books: Job, Song of Solomon, Ecclesiastes, many Psalms, and the prophetic literature that made use of this ancient tradition.

Here it helps to realize that very early the explanations of Jesus divided into two parts, that which accented the acts and message of Jesus, as found in his parables and sermons, such as the sermon on the mount, and the “Divine” acts attributed to him which were regarded as Jesus fulfilling the otherworldly plan of redemption by his fulfilling the prophesies of birth, miracle working, crucifixion, resurrection, and the restoration of God’s kingdom. Briefly, we have the historical Jesus, the man preaching through parabolic stories the mysteries of good and godly human and natural relations, and the Divine Christ who laid the groundwork for our getting to heaven. (See “God in the Midst of Change: Wisdom for Confusing Times” by Diarmuid O’Murchu and “Saving Jesus from the Church: How to Stop Worshiping Christ and Start Following Jesus” by Robin R. Meyers.) Needless to say, the human Jesus and his message of how we are to relate to each other, has been the province mainly, but not solely, of the reformers and mystics, while the Christ Jesus has been largely the province of the temple people, those who formulate and secure doctrinal purity.

By following wisdom, Jesus falls into the middle eastern tradition of the stoic and cynic philosophers. It is doubtful that he ever read any of their writings, but many of his statements seem to catch the iconoclastic, ironic, “get real” tone of the sayings of the cynics. The cynic philosophers were to be mendicants who carried little property, living hand to mouth, beholding to no one, who accented good works and teachings. Certainly, he is close to the cynic tradition when he compares the Kingdom of God to bread flour that has been corrupted by the decaying process of leaven, of the turnaround of plot when the host of the wedding party invites people off the street (How fragrant!) only to condemn one, casting him out, because he wasn’t wearing the right clothes. My God! Could God be impure and arbitrary? Is that life?

I firmly believe that Jesus saw his path as one designed to get us thinking and discussing  how we are to be with each other, not one the showed us what we must do to be absolved of some sin so we could be assured of heaven.

Join SpokaneFAVS for a conversation on ‘Wisdom’ at its next Coffee Talk, at 10 a.m., Aug. 2 at Indaba Coffee. Schmidt is a panelist.