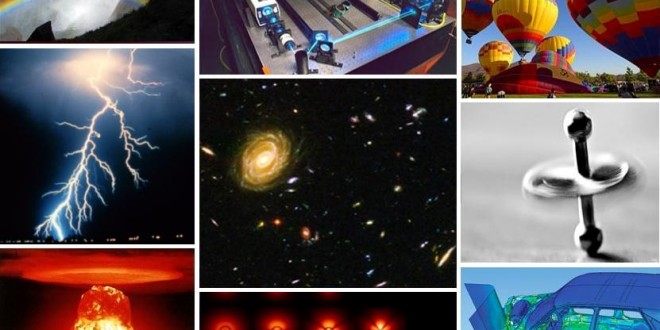 My purpose here is to share how I view my profession as a professor of physics through the lens of my profession of a Christian faith. While some religious worldviews hold that human nature is essentially the same as that of the divine, and therefore all we have to do is look inside at our true self to find god, the essential Christian claim is that we are distinct (and distant) from God  and we only know about God by what he reveals to us. The Christian view is that such a revelation takes on two forms: general revelation and special revelation. General revelation, as its name implies, is available and accessible to all, and it typically refers to the attributes of God that can be inferred from the characteristics of the material world that He has created (physical law) or more broadly, that plus some universal morality that resides in all sentient beings  (natural law). Special revelation, in contrast, is not available to all, and is not necessarily accessible to all either since it needs the illumination by God. Special revelation includes and allows for general revelation, but goes on to give purpose to it, put it in its proper context, and ultimately surpasses it. Most of the concerns and contentions in the relationship between religion and science often come down to varying views on these two forms of revelation, and  their relationship with each other.
Yet, these arguments are ultimately rooted in views on metaphysics (‘What is the nature of reality?’) and epistemology (‘How do we know that?’). They are not independent of each other, but differently metaphysical realms are best understood with different epistemologies.

Some of the other major issues of tension are, e.g. the issue of origins of the material world and of the living world, are about metaphysics. That touches on the questions of both ‘What exists?’ and ‘How it came to be?’ Yet many more of the tensions are about epistemology. Epistemologically, various ways of knowing are used both in the Christian faith and in science. In the Christian faith, there is a place for empiricism, innate knowledge, and intuitional knowledge; but ultimately it rests upon the authority of God’s special revelation. In science too, there is a place for authoritarian knowledge, innate knowledge, and intuition knowledge; but ultimately it rests upon empiricism. Epistemologically, general revelation and special revelation are different. By its very nature, general revelation is built on empiricism and innate knowledge. In contrast, special revelation rests on intuition and authoritarian knowledge. Many of the conflicts in this area (such as the well-known trials of Galileo) are ultimately about epistemology, in the case of Galileo on moving away from the Aristotelean method of relying  on reason and intuition to the Galilean method of relying on observation and empiricism,  between the old model of “natural philosophy” to “science.”

My emphasis in this talk will be not on prescriptive answers to specific tensions, but about  providing a broader framework to handle such tensions.

Join SpokaneFAVS at 10 a.m., Sept. 6 at Indaba Coffee Bar for a Coffee Talk discussion on “Reconciling Religion and Science.” Sankaran is a guest panelist.