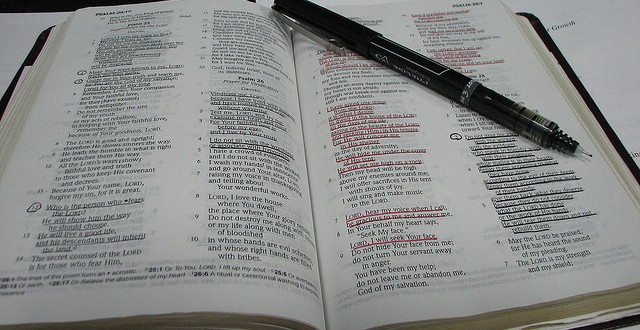 “Gospel of Jesus” is a must read for progressive Protestants 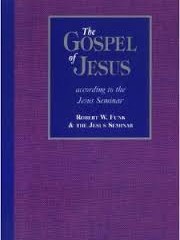 American progressive Protestantism is alive and well! A hot topic at a recent  Jesus Seminar On the Road and the Fall meeting of the Westar Institute in San Diego with The Society of Biblical Literature and the American Academy of Religion was: what is the message of Jesus while he was still alive, before the writers told stories that conformed to their politicized agendas? Notice the Enlightenment bias in the formulation of this question. I was delighted to discuss with several individuals what books we should read to find out the closest rendering of the actual message of the pre-Easter, historical Jesus. Some naturally gravitated to the hefty volumes, “The Complete Gospels and The Complete Gospel Parallels.” These have discussions of the contexts of the passages, often explaining the historical methods of evaluation used. Several individuals were attracted to the individual volumes by scholars who had analyzed in detail individual authors or author groups. Several wanted to engage in the minute textural and sociological analysis of individual texts, and wanted to study the non-canonical works. However, several of those with whom I conversed were not scholars as much as responsible congregants who wanted to participate with fellow members of their home churches in developing their own faith. They would pick up the small volume, “The Gospel of Jesus According to the Jesus Seminar“ and immediately become intrigued. Like many other gospels, it is not a work from one source but a gathering, in a very loose narrative form, of passages from several sources deemed as likely close to Jesus’ actual sayings. It’s probably the closest we can get to Jesus’ actual voice print with the information and sources we have today. One person summed up the common reaction. “Finally, Jesus is talking sense to me.”

Robert Funk is posthumously listed as the first author of the first and second editions of this new gospel.  He died several years ago. I’m sure he would be very pleased with this work. I met Bob in the early 1960’s at TCU, where he briefly lectured and taught classes. My wife, Janet Fowler, and I had dinner at my father-in-law’s home. I had been a pre-seminary student, but Janet and I had withdrawn from the church’s lack of an ethical stand on civil rights and TCU’s continuing policy of segregation. We had studied logic and historical method and science and were feeling dishonest every time we said the Apostle’s Creed. Also, I had come close to being kicked out of the college. We were intimidated by the President, DR. M.M. Sadler who threatened summary expulsion if we said anything about TCU’s racist policy. We did not want to risk our four years of hard work and easy dreams. Moreover, we had not read any letters from the Birmingham Jail.

Over dinner Bob asked our story. He agreed with us, saying he had similar feelings and was very concerned for the life of the Protestant church. He felt it had abandoned the prophetic social Gospel for a watered down orthodoxy of personal salvation, and that many of the leaders would accept their congregations’ turning toward the prosperity gospel: be nice, be American, and go shopping.

By the conclusion of the evening we had decided our positions could and would support each other. Janet and I, and those like us, would actively protest the co-option of Jesus by the powers and principalities, and he would provide the rational belief in a protesting, prophetic faith that accepted the rational methods of the enlightenment, unmasking the real, radical Jesus. We could be disciples of that Jesus. He clearly said that his major concern was how these two approaches could be enacted in ways that would engage the common men and women who made up the congregations of our churches. We realized it would require a long time in the Birmingham Jail.

And now we have a small and very striking collection of believable sayings of Jesus and commentaries about them that lay an accessible foundation to Bob’s dream. I am not a scholar of biblical literature, and have little academic training in that. I hardly know even one language. However, I love to discus and argue, and love the front lines of the fights against oppression, physical and intellectual, and the co-option of religion by the empire. I am also a retired psychotherapist and require of myself scientific substantiation for my beliefs, unless a laughing god slaps me up-side the head with a good substitute. I think I know what many of my fellow parishioners want in the way of a good source about Jesus and his message. I believe that with this book, Bob Funk now has a tool to deliver his dream of an educated, enlightened laity ready to follow Jesus into our problems of contemporary religious and social oppression.  I believe that “The Gospel of Jesus, 2nd Ed.,” is that tool.

Many of the sayings and actions attributed to Jesus by the four canonical works are not represented in this work. “The Gospel of Jesus“ is a collection of those sayings of Jesus that are regarded as very probably historical or as possible and consistent with other probable sayings. The editors have made good use of the probable red and possible pink sayings voted so by the Seminar, collecting them into 21 chapters with an added prologue and epilogue. They follow a plausible historical sequence so that those dealing with similar topics are read together. Transition passages that describe briefly the settings are included so the Gospel does read like a bare bones narrative of the ministry of Jesus, form a brief summary of his family of origin through his last breath. A one page epilogue briefly describing the post death appearances is included, using some canonical passages regarded as not historical, or black, by the Seminar. A great virtue of this volume are the commentaries on sourcing, translation, and context provided as end notes, comprising almost a fourth of the volume.

My immediate thought when I first started reading this gospel was that much of the beauty had been cast out of its telling: no birth story, little narrative helping me imagine myself as an observer of real events, no miracles and other epiphenomenal events to wonder about. What happens is that a lot of questionable passages (eg., those dealing with unbelievable miracles, or gross anachronisms and mistranslations like those that are used to support atonement dogma, and many of the passages that support individual salvation at the expense of new world salvation) are not included. I do not mind, because these often beautiful and suggestive passages , by their absence, do not inundate the pre-Easter Jesus with distractions from what many  regard as very important ethical and religious teachings. I soon found myself focusing on the message of a moral teacher and prophet whose straight talk could not be ignored or explained away. I found myself ready to worship a real phenomenon, not a shadowy fictional character. I felt compelled to pay attention to the message; it rang solid and real.

This edition of “The Gospel of Jesus“ is not limited to the presentation of what the scholars of the Jesus Seminar think are the authentic words and acts of Jesus. Included are several addenda that would help explain, in easily understood terms for the layperson, how this collection came about.  These addenda provide much more useful material and explanations than is found in the first addition, enough so that the two editions are two entirely different works. There is a brief description of the tasks that the Jesus Seminar has undertaken, along with a clear description of its voting method used to determine a weighted evaluation of the historical veracity of the passages. Better that a hundred or so diverse scholars openly argue their ideas in an open academic cock fight pit and revise their understandings, then vote, than a select group of agreeing scholars get together to promulgate their common agenda.  There is also a very brief description of the methods of literary and textural criticisms used for the evaluation, a fascinating topic and learning experience that is covered in depth in other volumes, yet available here for the layperson. The editors have in a couple of incidents included a discussion of the difficulty of translation some of the important concepts such as “the Kingdom.”

This volume is very useable, individually or in a small group, by the layperson interested in what Jesus might have actually said. I suspect that the editors are correct when they say in the introduction that here “[t]he reader has a chance to rub shoulders – perhaps for the first time –with an historical figure whose words continue to stir imaginations.” I found that in finally feeling that I was rubbing shoulders with Jesus, I was also laying aside my hyper-critical voice that so easily rejected fantastical belief, and was finally standing next to a friend whom I could trust.

Previous The Resurrection Series: The First Accounts
Next Wiesenthal center’s top 10 anti-Semitic incidents of the year